Rights groups fail to get court protection from army harassment 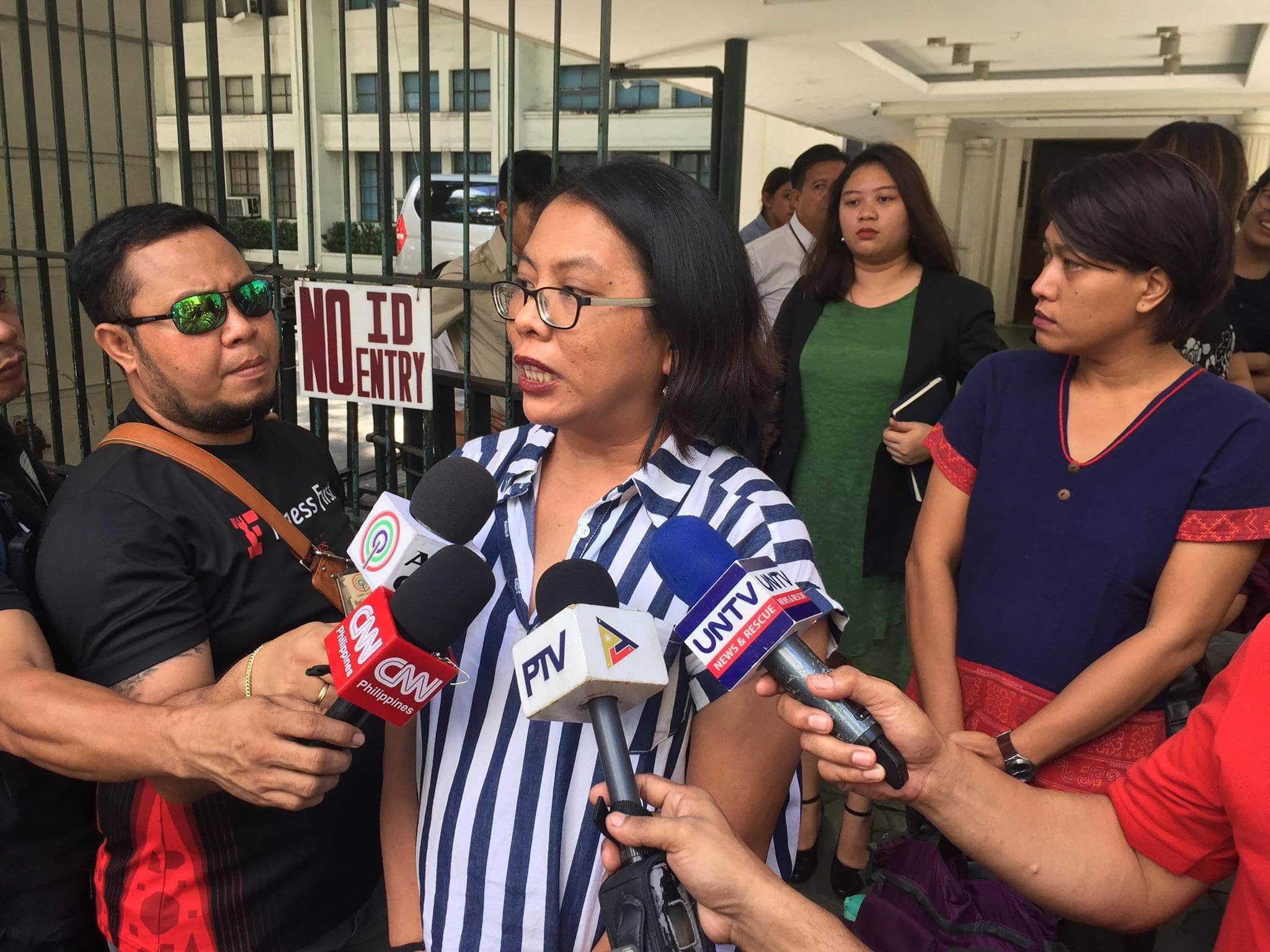 MANILA, Philippines – The Court of Appeals (CA) has denied the petition of human rights groups seeking a protection order from army harassment.

The CA 14th Division denied the petition for writs of amparo and habeas data of Karapatan, Gabriela, and the Rural Missionaries of the Philippines (RMP), which means no protection order will be given to the groups who are complaining of army harassment and intimidation.

“There is no evidence of extrajudicial killings, enforced disappearances, arbitrary arrests, malicious prosecutions and defamations…for these reasons, the petition is denied,” said the CA 14th Division in a decision promulgated on Friday, June 28.

This means that the rights group will not getprotection orders from the CA. If the petition had been granted, the CA would have issued restraining orders against members of the military and the court would have also ordered the military to destroy information they have against the petitioners.

But the CA said “there is no evidence to show that the respondents had violated or threatened the right to privacy of the petitioners.”

“The dismissal of our petitions for the writ of amparo and habeas data is a gross disservice to all the human rights defenders of Karapatan who have been killed and to those who continue to remain in the line of fire,” Palabay said in a statement.

The CA made the decision 10 days after a summary hearing where the CA denied the groups the right to present more evidence. The groups and their lawyers had assumed the first hearing was a pre-conference, but the appellate court justices submitted the case for decision that day without extending the deadline for submission.

The CA said this was not the reason why the petition was denied.

“At any rate, even if the petitioners’ witnesses are allowed to testify in open court, they cannot allege new evidence not contained in the petition,” the court said.

Other witnesses include human rights workers whose names have been included in fliers that taged them as communists. The military had also publicly tagged groups such as RMP as communist fronts and had appealed to the European Union to stop funding them.

Senior high school student Ryan Hubilla, also a human rights worker, was supposed to be a witness but he was gunned down by still unidentified men 3 days before the CA’s summary hearing.

The CA said all of the incidents were circumstantial.

“The lumping of previous and present experiences of petitioners is misleading and may give the impression that their life, liberty, and security are threatened to be violated,” it said.

The tagging of human rights workers as communists also “has no direct relation to the circumstances of extrajudicial killings and enforced disappearances,” the CA added.

“There is no evidence that petitioners have been susceptible to harassment and to increased police surveillance because of the gallery,” said the decision written by Associate Justice Mario Lopez, with concurrences from Associate Justices Zenaida Galapate-Laguilles and Tita Marilyn Payoyo-Villordon.

Palabay said the court decision “is tantamount to complicity on the attacks perpetrated against us.”

A similar petition filed by the National Union of Peoples’ Lawyers (NUPL) is still ongoing. Army generals have been required to attend the hearing on July 11. – Rappler.com