Justice Carpio: Deal with China to fish in Reed Bank ‘lopsided’ against PH 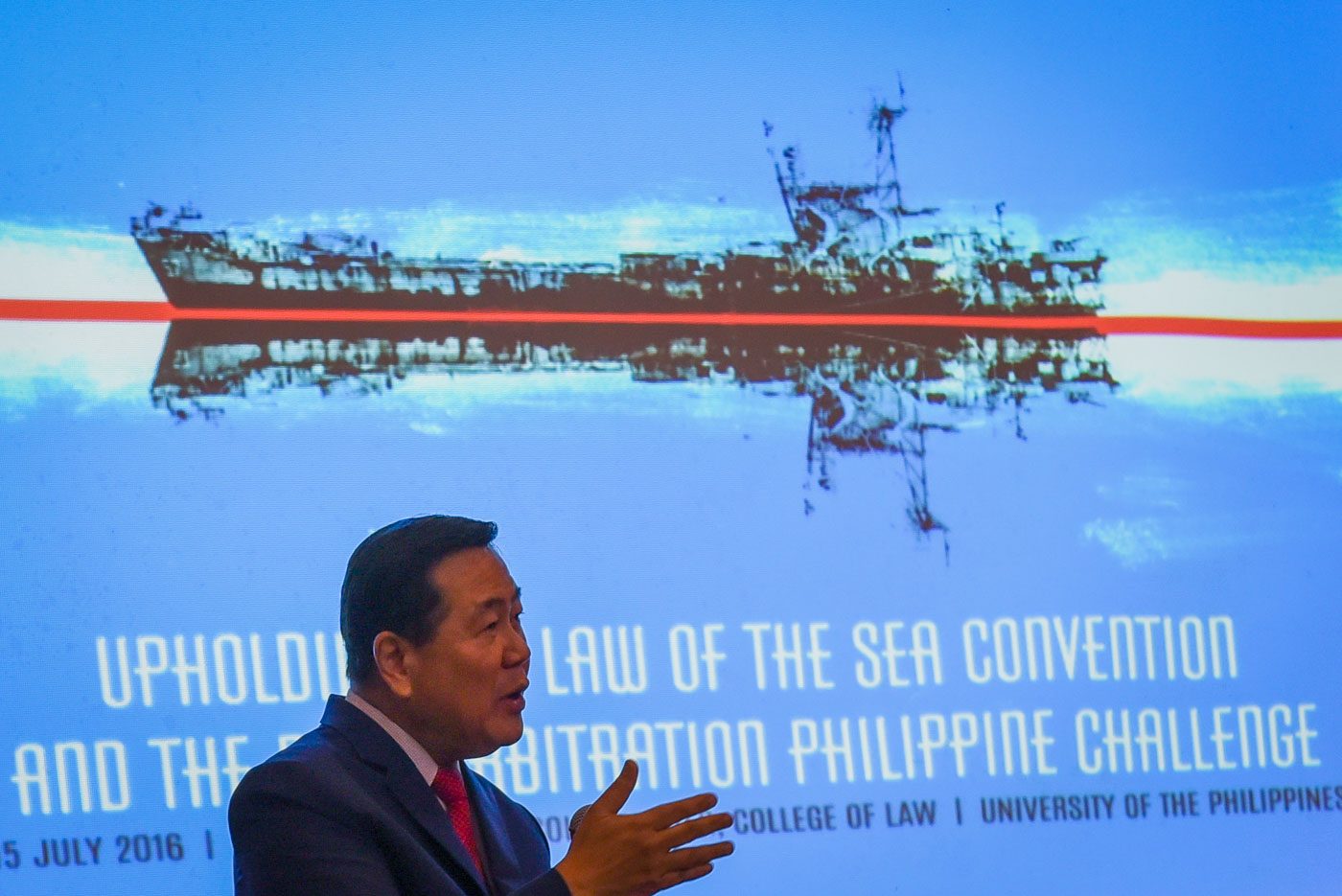 “China has the largest fishing fleet in the world with huge modern trawlers. The Filipinos only have wooden boats with outriggers. The Chinese can deplete the fish in Reed Bank very quickly,” Carpio said in a statement Thursday evening.

“This verbal agreement, aside from being clearly against the Constitution, is so lopsided it should be rejected by the Philippine government,” Carpio added.

Foreign Secretary Teodoro “Teddyboy” Locsin Jr has said the “verbal deal” is not binding, despite Presidential Spokesperson Salvador Panelo insisting it is.

Carpio pointed out that Duterte cannot offer the Reed Bank to China in exchange for allowing Filipinos to fish in the Scarborough Shoal.

The Scarborough Shoal is a common fishing ground, as declared by the 2016 Hague ruling. The Reed Bank, meanwhile, is within the Philippine Exclusive Economic Zone or EEZ where Filipinos have exclusive rights.

Even the size of the two do not make for a good deal, said Carpio.

“Reed Bank is 8,660 sq. km in area, while Scarborough Shoal is only 150 sq. km in area,” Carpio said, stressing that the deal is highly disadvantageous to the Philippines.

Locsin said the deal cannot be enforced, but the foreign secretary was once overruled in this issue when he opposed a joint probe with China on the Recto Bank sinking incident, with Duterte approving it. China recently rejected the proposal for a third party in the joint probe.

“Secretary Locsin knows that there is no recorded minutes of the so-called verbal agreement between President Xi and President Duterte allowing the Chinese to fish in Reed Bank in exchange for Filipinos fishing in Scarborough Shoal,” Carpio said.

Carpio reiterated that not only is the deal lopsided, it is also unconstitutional.

“Reed Bank is within Phillippine EEZ. Under the Constitution, the use and enjoyment of the fish and other natural resources within Philippine EEZ is reserved exclusively for Filipinos,” Carpio said.

According to the Constitution, “The State shall protect the nation’s marine wealth in its…exclusive economic zone, and reserve its use and enjoyment exclusively to Filipino citizens.”

The issue has spurred impeachment talks against Duterte, which Malacañang is aggressively countering with threats of arrests of those who will file an impeachment complaint.

One ground for impeachment is culpable violation of the Constitution. – Rappler.com