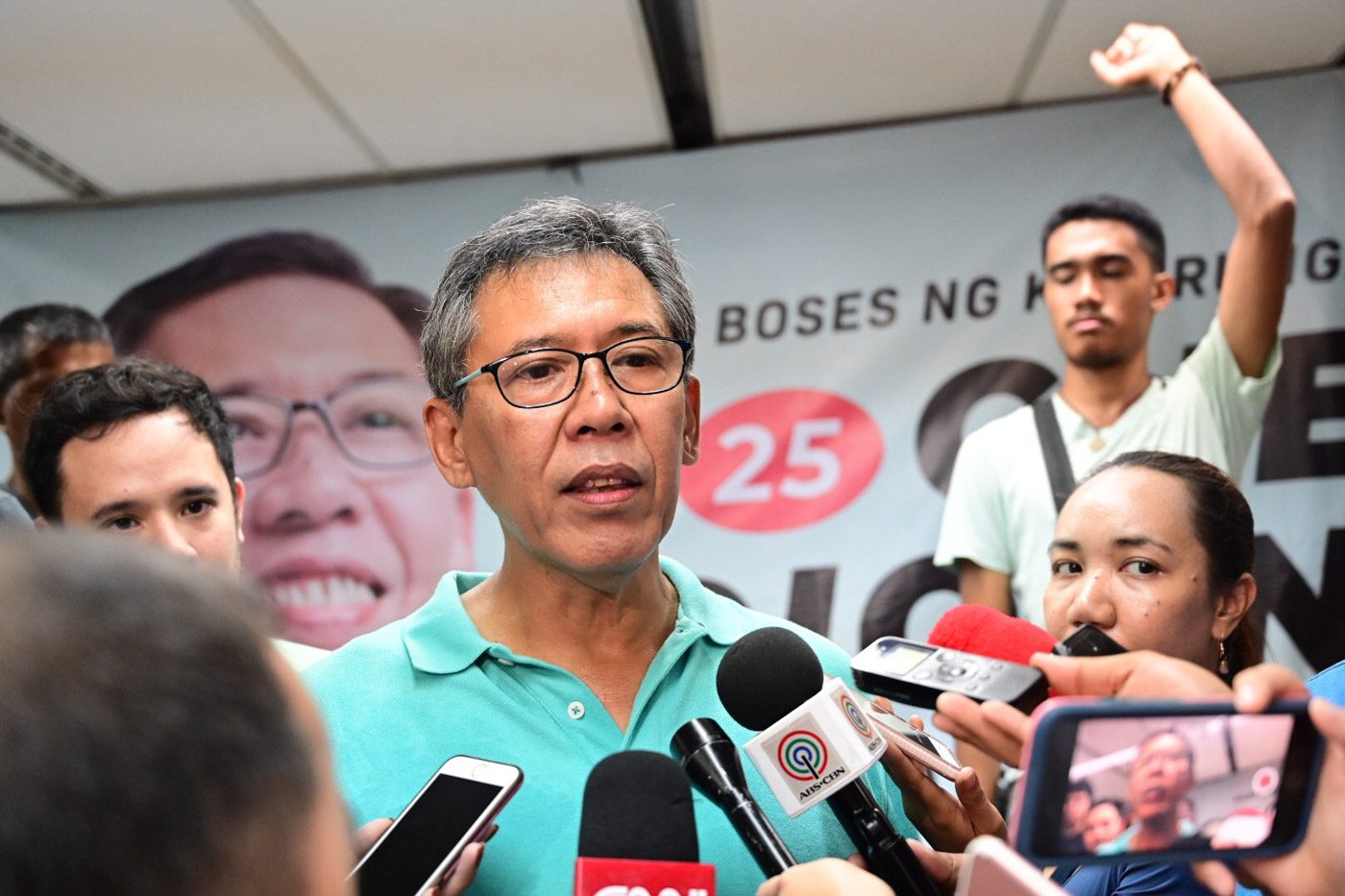 The entire petition is now in limbo after Solicitor General Jose Calida presented affidavits of 19 fishermen disowning the case filed on their behalf by Diokno and the Integrated Bar of the Philippines.

Diokno said it was unethical for the government to approach their clients without their presence.

(After a lawyer for the Navy talked to them, the fishermen supposedly backtracked. This is not only doubtful but it is unethical for the government to talk to our lawyers without our knowledge.)

Diokno was referring to the 22 fishermen whose boat was sunk by a Chinese ship in Recto Bank, and who changed their tune to a softer stance immediately after they were visited by resigned Agriculture Secretary Manny Piñol with full battle geared-policemen in tow.

But Calida claimed that he, Diokno, and the other lawyers agreed in a closed-door meeting to drop the case altogether.

While Diokno did not categorically deny this, he said “parties agreed to explore the filing of a joint motion in the premises and were given until Friday to do so.”

In his statement on Wednesday, however, Diokno said: “Bilang isa sa mga abogado sa kasong ito, mas inaalala ko ang kaligtasan ng mga mangingisda natin.” (As their lawyer, I am more concerned for the safety of the fishermen.)

Diokno has not replied to our question clarifying if this meant he is inclined to indeed drop the case.

But Diokno said their clients filed the petition “with full knowledge and consent.”

Diokno and IBP lead counsel Andre Palacios were briefly reprimanded during oral arguments by Associate Justice Marvic Leonen – the member-in-charge – for being “blind with your clients.”

Out of the dozen fishermen, Diokno said he has personally spoken to only 3, while Palacios said he spoke to none. Local IBP chapters talked to the fishermen, said Palacios.

The withdrawal of the fishermen was recorded on video by Calida.

For the petition, the Supreme Court will assess whether there is sufficient basis to issue a writ of continuing mandamus, which can compel the Duterte administration to enforce better protection of the West Philippine Sea. – Rappler.com