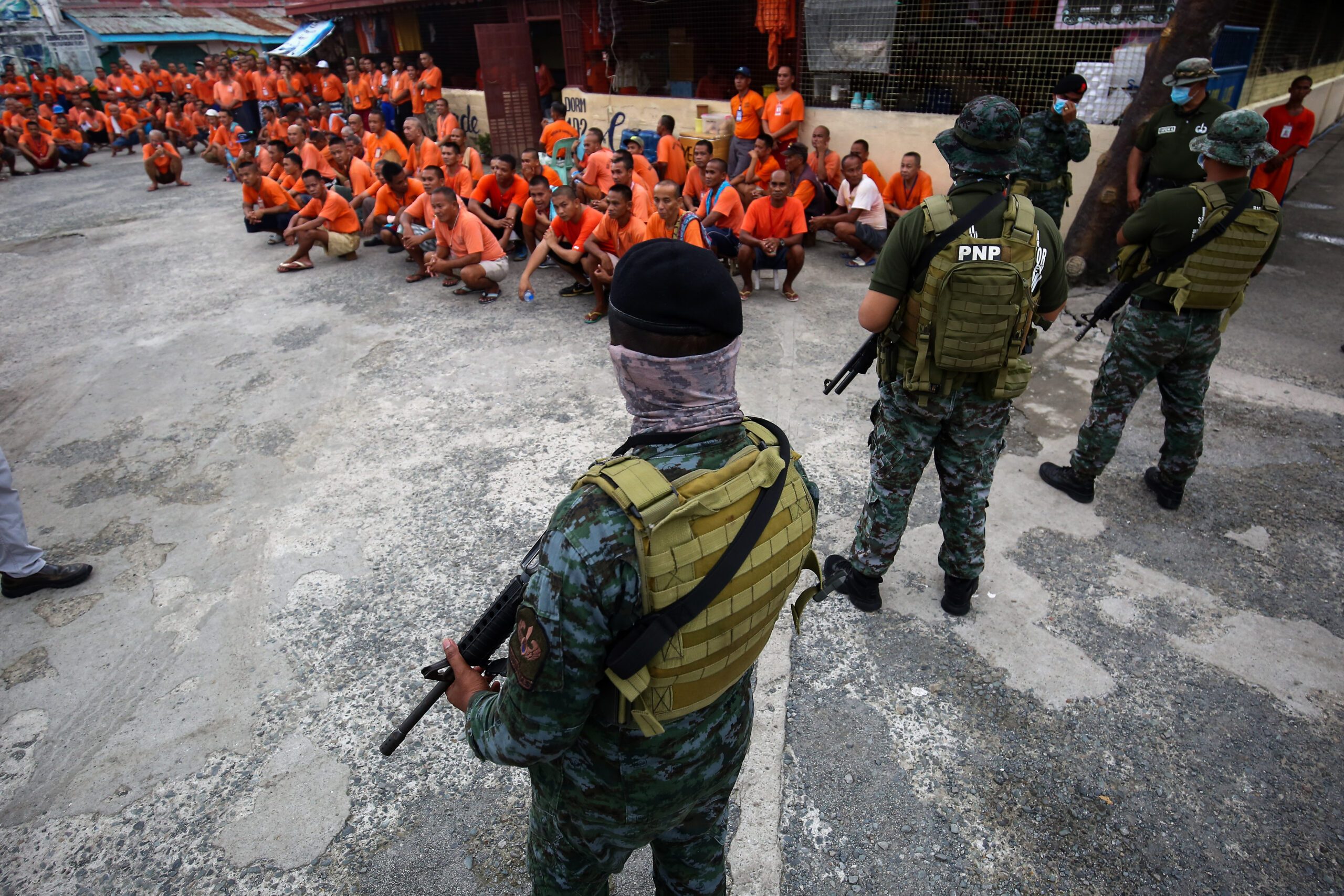 Facebook Twitter Copy URL
Copied
It sparks debate on a law that applies to all, even to a convict whom the Supreme Court called an "unthinking beast." It also reignites opposition to death penalty

MANILA, Philippines – Rape-slay convict Antonio Sanchez, who perpetrated a horrific gang rape and murder of two college students and who was sentenced to 7 terms of reclusion perpetua, is set to be released after 25 years in prison because of a recent Supreme Court ruling on reduced prison terms.

Sentiments are split: former social welfare secretary Judy Taguiwalo is unequivocally against the release of Sanchez, whom the Supreme Court called an “unthinking beast.”

“Another travesty of justice under this administration is ongoing…We cannot allow this injustice to happen,” Taguiwalo said in an impassioned Facebook post Wednesday, August 21.

But human rights lawyers from all sides sing one tune: a law that applies to one must apply to all.

Here are the facts. It was former president Benigno “Noynoy” Aquino III who passed Republic Act 10592 in 2013 which provided for new guidelines on how to compute good conduct time allowance or GCTA. The GCTA comes in many forms, which is then deducted from the total prison term.

The Implementing Rules and Regulations (IRR) released by then-justice secretary Leila De Lima and then-interior secretary Mar Roxas, indicated that the law would apply prospectively only, or to those jailed after the law was passed in 2013.

Bilibid inmates appealed that provision to the Supreme Court. Noted human rights lawyers like Rene Saguisag and the lawyers from the Free Legal Assistance Group (FLAG) even intervened in support of the Bilibid inmates. They wanted the law to apply retroactively, meaning to everyone.

FLAG said of the prospective application: “It is facially void for being contrary to the equal protection clause of the 1987 Constitution; it discriminates, without any reasonable basis, against those who would have been benefited from the retroactive application of the law.”

On June 25 this year, the Supreme Court approved the inmates’ petition and made the law retroactive.

The vote was unanimous.

In his separate concurring opinion, Associate Justice Marvic Leonen said that if the law is prospective only, “it implies that all inmates detained or convicted prior to its effectivity can no longer be rehabilitated for a successful reintegration into society, effectively trampling upon their dignity as human beings.”

Then we come to the case of Sanchez, the mayor of Calauan, Laguna, at the time of the crime in 1993, who got his deputy chief of police, George Medialdea, and other accomplices, to abduct victim Eileen Sarmenta and bring her to him “as a gift.”

Sanchez raped Sarmenta, after which the accomplices took turns raping her before they killed her. Sarmenta’s boyfriend Allan Gomez was abducted and killed too, in a crime that the Supreme Court called a “plot hatched in hell.”

But to be clear: they are not sentenced to 280 years in prison each. Article 70 of the Revised Penal Code says if the convict shall serve two or more penalties, those penalties shall be served successively, but in no case shall it exceed 40 years.

Sanchez has been in jail for 7 counts of rape with homicide since 1993, or a total of 25 years.

Justice Secretary Menardo Guevarra said that Sanchez’ good conduct time allowance has made him eligible for early release, along with a thousand other convicts who exhibited good behavior. The release will start within the next two months, Guevarra said.

Guevarra said it will be a “first in, first out” policy, and that the Bureau of Corrections (BuCor) has started processing convicts from 1993, or the likes of Sanchez.

Human rights lawyer Edre Olalia of the National Union of Peoples’ Lawyer (NUPL) said he has to agree with the retroactive application of the law.

“In view of the above principle in criminal law, unfortunately and with utter regret, yes (I have to agree),” said Olalia.

Olalia said retroactive application will also benefit, for example, political prisoners who were jailed and sentenced before the law was passed in 2013. The mandate of an objective and equal law compels them to agree, Olalia explained.

In the case of Sanchez, Olalia said there must be an independent review of his records; whether he has put in sufficient good conduct time.

“The key is not mechanical computation but comprehensive, reliable, independent, impartial and holistic evaluation by a collegial body of what good conduct really means vis-a-vis the nature of the crime,” said Olalia.

In 2006, the Muntinlupa police filed a drug case against Sanchez after a surprise inspection found shabu and marijuana in his jail cell, according to a report by the Philippine Star.

Olalia said there could also be a review if the law can be amended in such a way that good conduct time allowance does not apply to extraordinary heinous crimes like “mass murder and multiple rape, particularly of children.”

Olalia said that freeing a thousand convicts supports the theory that they can reform and be rehabilitated, which then would trump arguments for the death penalty, a priority measure of President Rodrigo Duterte.

Law professor Ted Te, a staunch oppositor of the death penalty, pointed out that there are no indefinite prison terms in the country.

The current bill in Congress seeks to impose the death penalty on high-level drug traffickers. Convicted drug lords inside Bilibid, Guevarra said, can qualify for early release if their good conduct time allows for it.

“If (the drug convicts) qualify for a reduced sentence due to GCTA and they have actually served it, they too will be released,” said Guevarra.

How will he reconcile a priority measure that wants death for drug lords, and an existing law that can give them early freedom?