Sep 5, 2019 8:00 AM PHT
Lian Buan
Facebook Twitter Copy URL
Copied
(UPDATED) The justice secretary finds two Supreme Court cases, one from 1967 and one from 2001, to provide President Rodrigo Duterte the legal basis for his order 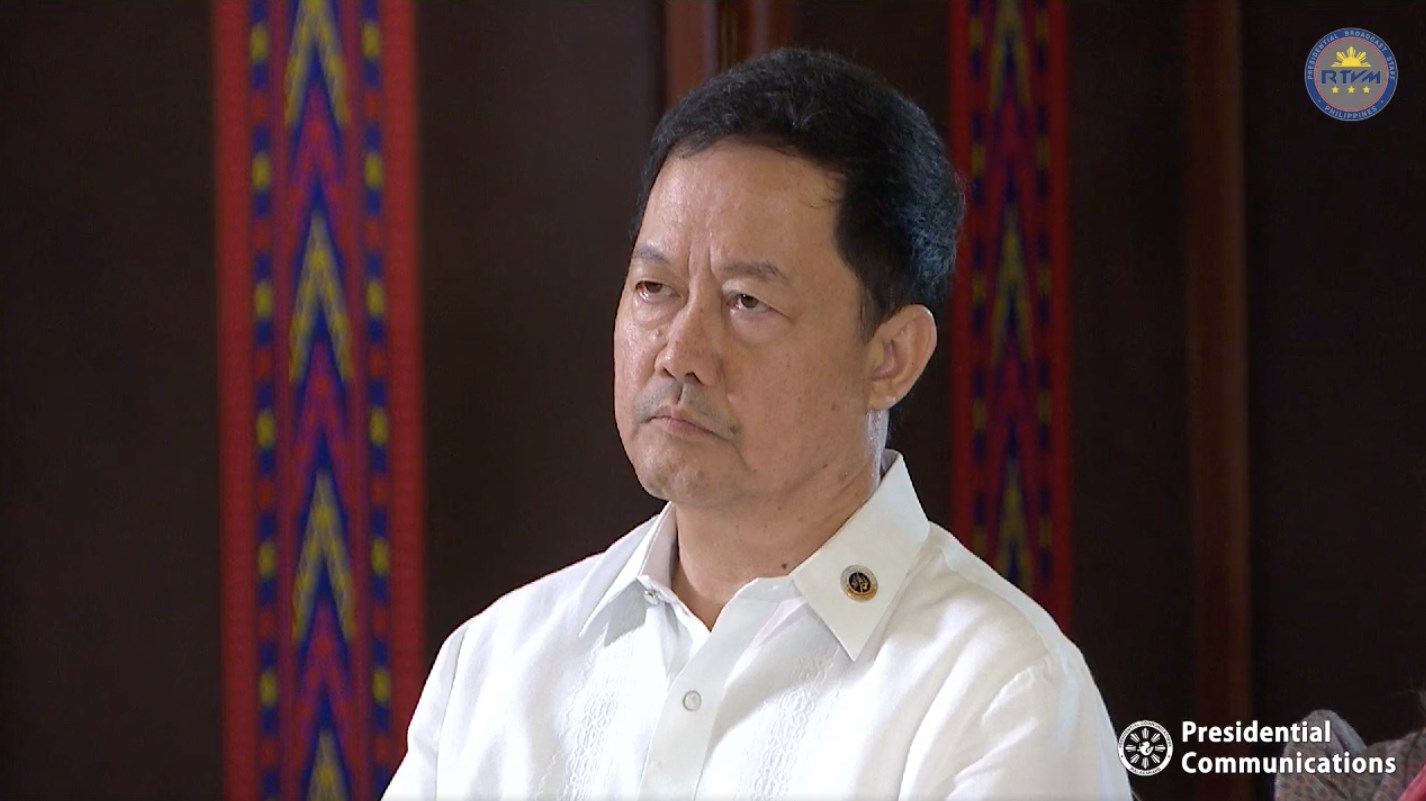 MANILA, Philippines (UPDATED) – Justice Secretary Menardo Guevarra was the one who provided President Rodrigo Duterte the legal justification to proceed with the order to rearrest 1,914 heinous crime convicts who were already freed based on good conduct time allowance (GCTA).

Duterte publicly called on those freed convicts to surrender within 15 days or else be treated as fugitives, even though Article 99 of the Revised Penal Code states that once time allowance for good conduct is granted, it cannot be revoked.

“There is a law, as relayed to us in the Cabinet meeting by Secretary Guevarra, that when you are released on wrongful interpretation or faulty construction of the law, you can be arrested any time, because you have to serve your sentence fully, as the order is null and void,” Duterte said in a hastily called press conference Wednesday night, September 4.

Guevarra’s legal justifications are two Supreme Court cases, one from 1967 and one from 2001, where the High Court ordered the rearrest of prisoners who were previously released on GCTA.

It is important to note that the Supreme Court ordered the rearrest in the 1967 and 2001 cases. Under the current situation, Duterte wants the freed convicts rearrested even without a court order.

The first is the 1967 case of People vs Tan where convict Fidel Tan was freed on a reduced sentence based on GCTA granted him by the provincial warden.

This was unjustified usurpation of authority, said the Supreme Court, as Article 99 of the Revised Penal Code gives the power to grant time allowance for good conduct to the director of prisons and not a jail warden.

The High Court ordered the rearrest of Tan.

“His rearrest (would not) deprive him of liberty without due process of law, because he was not yet entitled to liberty at the time he was released. Service of penalties and allowance for good conduct are specifically, even elaborately, governed by the Penal Code and do not depend upon the good faith of the warden and of the prisoner,” the Supreme Court said.

The SC added, “The prisoner’s rearrest would not place him twice in jeopardy because his reincarceration is merely a continuation of the penalty that he had not completely served due to the erroneous act of the warden, it is not a new or subsequent conviction.”

The second is the 2001 case of City Warden vs Estrella, where a trial court ordered the release of 22 Manila City Jail detainees on the basis of certifications of good conduct by the jail warden.

The Integrated Bar of the Philippines requested the jail warden to release the detainees on the basis of GCTA. The warden said it’s only the director of prisons – or the head of the Bureau of Corrections (BuCor) – who can grant time allowance. However, the warden still issued certifications that the detainees showed good behavior and provided dates of their release if their good conduct was to be credited.

The Manila Trial Court, acting on a writ of habeas corpus, released the detainees because it found that “certifications issued by the warden constituted sufficient basis to grant respondents’ release under Article 9 of the Civil Code.”

Article 9 of the Civil Code says “no judge or court shall decline to render judgment by reason of the silence, obscurity, or insufficiency of the laws.”

This was invoked because the Revised Penal Code gave the authority to grant time allowance to the BuCor chief. But because they were detainees of the Manila City Jail, they were under the authority of the Bureau of Jail Management and Penology (BJMP), which meant that in effect, no one would be able to grant them GCTA.

“(The detainees) had been denied the equal protection of the laws because national prisoners, who are still under the authority of the director of the Bureau of Corrections, may be dispensed benefits by him under (good conduct time allowance), whereas local prisoners, over whom he lost authority, control, and supervision, are left with no one to dispense benefits,” said the trial court.

The Supreme Court ruled: “The question is whether a court may rely on the certification of the City Warden as to good conduct time allowances in ordering the release of prisoners by writ of habeas corpus. We hold that it cannot, in view of Art. 99 of the Revised Penal Code vesting the authority to grant good conduct time allowances solely in the Director of Prisons.”

The Supreme Court remanded the case to the trial court for further proceedings but in the meantime ordered the rearrest of the detainees.

“We are constrained to order the rearrest of all of respondents. This can be done without placing them in double jeopardy of being punished for the same offense because their reincarceration is merely a continuation of the penalties that they had not completely served due to the invalid crediting of good conduct time allowances in their favor,” said the SC.

‘I’m ready to be impeached’

But as Duterte said, they are going by the theory that a wrong interpretation of the law can declare the releases void.

It is Duterte and Guevarra’s views that heinous crimes should be excluded from the GCTA law, which is another heated contention altogether.

Duterte said he is prepared to take responsibility for his order and that, if found to be illegal later on, would be ready to be impeached.

“I take full responsibility for this. All the consequences related to this decison will be mine and mine alone. I am ready for an impeachment. I am ready to resign if warranted,” Duterte said.

Chief Justice Lucas Bersamin said on Wednesday morning that the Supreme Court would be ready to accept new petitions that may arise from this controversy.

“As to what issues will be raised there, it will depend on whether that issue is premature or not justiciable. Assuming that it’s justiciable, we can surely accept,” said Bersamin.

Guevarra had earlier said it would be the Supreme Court that would have the last say. – Rappler.com