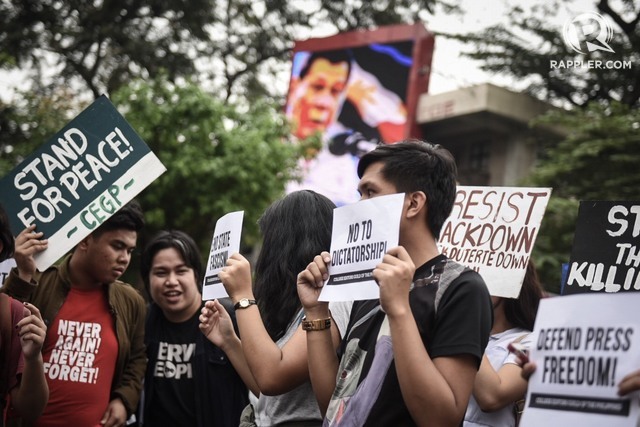 MANILA, Philippines – July 25 is now National Campus Press Freedom Day, thanks to a law passed by Congress and signed by President Rodrigo Duterte.

Duterte signed Republic Act No. 11440 or the National Campus Press Freedom Day Act on August 28. A copy of the law was made public on Tuesday, September 10.

The measure says safeguarding campus journalism is part of the government’s role in protecting the “constitutionally-guaranteed right to freedom of expression, speech, and the press.”

“As part of media, the campus press is an important institution in promoting and protecting the freedom of the press and the freedom of expression,” reads the law.

It orders all educational institutions to provide “full support and assistance” to the holding of programs and activities for the observance of National Campus Press Freedom Day.

The law’s passage comes as the Duterte administration fends off accusations of intimidating campus journalists and student publications as part of a crackdown on communists.

Only last August 23, the College Editors Guild of the Philippines (CEGP) condemned the supposed intimidation of police towards The Pillar, the official student publication of University of Eastern Philippines (UEP) when it organized a candle-lighting ceremony for the victims of recent Negros Island killings.

In July, CEGP filed a complaint before the Commission on Higher Education (CHED), seeking an investigation into violations of Republic Act 7079 or the Campus Journalism Act of 1991. (READ: Does the Campus Freedom Act protect press freedom?)

The group lamented the state of campus journalism under the Duterte presidency, especially in state-run universities, saying it now faces intimidation and suppression from school administrations answerable to the government. – Rappler.com