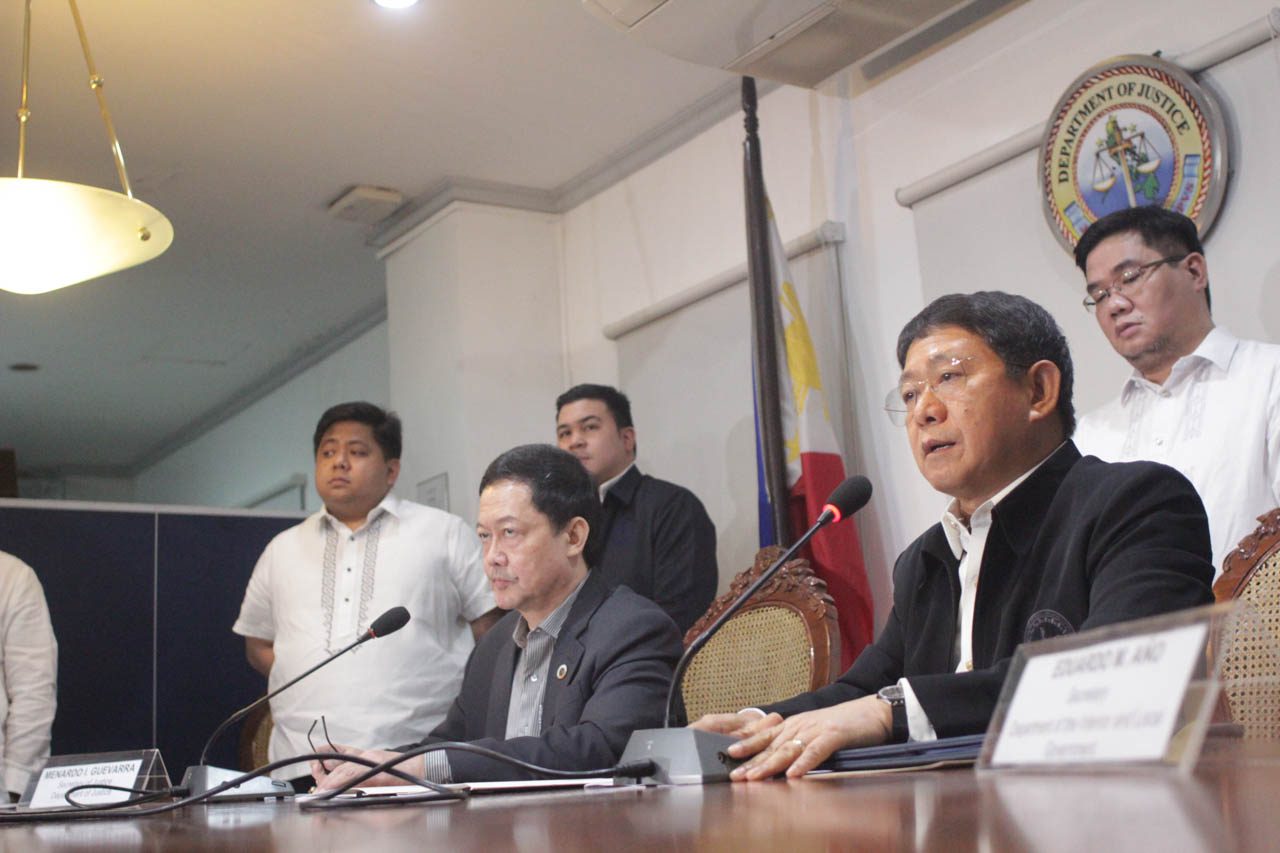 MANILA, Philippines – Justice Secretary Menardo Guevarra said on Tuesday, September 16, that the Bureau of Corrections (BuCor) may now resume releasing convicts who are qualified under the Good Conduct Time Allowance (GCTA) law based on a new internal rule.

The new and revised implementing rules and regulations (IRR) now categorically excludes heinous crime convicts from Republic Act No. 10592 or the 2013 GCTA law.

Justice Secretary Menardo Guevarra said that if the prisoner is not a heinous crime convict and his records are clean with no contention, he can be released now. The Department of Justice (DOJ) previously suspended the processing of early releases based on GCTA pending the review of the IRR.

“Sayang din ‘yung time (we do not want to waste time), we are very concerned about those who need to be released because they deserve it and we don’t want them to wait too long,” Guevarra said on Tuesday as he and Interior Secretary Eduardo Año signed the new IRR.

Guevarra and Año extended to another 60 days the revision of a supplemental manual, but Guevarra said the BuCor can start releasing model prisoners now.

Guevarra clarified that pending the new manual, the releases may be “subject to further revisions of the manual.”

“We don’t see any legal obstacle for those who properly obtained or accumulated (good conduct time allowance), they are qualified, there is no issue as to the correctness or validity of the grant of their good conduct time allowances, no issue of maybe there was corruption involved – absent that…then there should be no reason why they should not be released immediately,” Guevarra said in a mix of English and Filipino.

This means that some of the 1,914 heinous crime convicts already released on GCTA may stay in jail much longer – that is, if they heed President Rodrigo Duterte’s call to surrender in 15 days or else be treated as fugitives. (READ: Legal issues hound Duterte order for 1,914 convicts to surrender)

“We gave you notice, we gave you a grace period of 15 days, you refused without justifiable reason. In effect, you are committing the offense of evasion of sentence, so there is reason, legal basis to have you arrested because that is a continuing offense,” Guevarra said.

Guevarra added, “Each minute, each hour, each day that you refuse to turn yourself in, is a commission of an offense and for that, law enforcement agencies can arrest you even without a warrant.”

Guevarra and Año said those who are qualified under the GCTA – those who are not heinous crime convicts – have nothing to worry about surrendering.