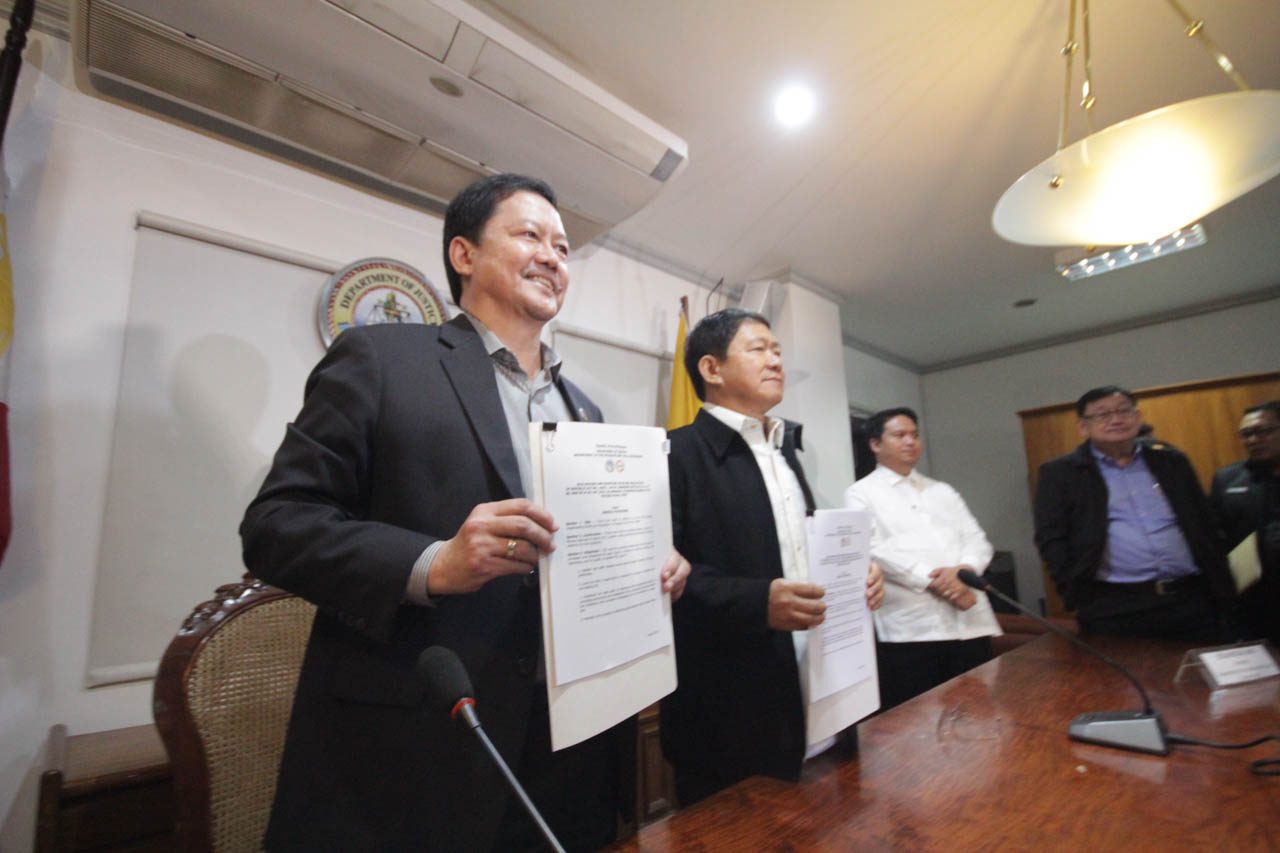 “What they did was tantamount to executive legislation. Water cannot rise above the source, that is open and vulnerable to serious legal challenge,” Olalia told Rappler in a phone interview on Wednesday, September 18.

The IRR, which was revised by a joint committee chaired by Justice Undersecretary Deo Marco, categorically excluded heinous crime convicts from the coverage of GCTA under Republic Act 10592. The revised IRR was signed and approved by Justice Secretary Menardo Guevarra and Interior Secretary Eduardo Año.

And because no law covers them, the revised IRR also said that heinous crimes convicts after 2013 shall not be allowed to avail of any type of GCTA.

“Mas lalong pinalala (they made it worse),” said Olalia.

Asked to respond, Guevarra said: “Let him test it,” meaning to challenge the IRR before the courts.

What’s wrong with the new IRR? The first issue is the new IRR’s exclusion of heinous crime convicts from RA 10592, which Olalia said is an exclusive task of Congress.

The root of contention is Section 1 of the law which excluded heinous crime convicts from credit of preventive imprisonment (CPI). The crucial clause in this section is “recidivists, habitual delinquents, escapees and persons charged with heinous crimes are excluded from the coverage of this Act.”

Section 3, which discussed GCTA, did not make such exclusion and even said that “any convicted prisoner in any penal institution” is entitled to GCTA. It was for this reason that the old IRR also did not make the exclusion.

“You are changing what is in the law without passing through the legislative process. I’m not saying yet whether the change was right or wrong, I’m just saying they’re encroaching. They cannot emasculate or expand the law, they can only clarify,” Olalia said.

“They amended the law through the IRR which has the effect of prejudicing those who deserve GCTA, contrary to the principles of equal protection and ex-post facto law,” Olalia said.

The Constitution guarantees that no ex-post facto law should be passed. Ex-post facto laws are laws that will penalize a crime that was committed at the time that it was not illegal yet.

The Supreme Court (SC) made RA 10592 retroactive precisely to uphold equal protection – meaning to apply the same law to all prisoners – and to uphold the constitutional guarantee against ex-post facto laws.

Olalia also pointed out the established legal doctrine that if the law has ambiguities, it must be resolved in favor of the accused.

“Why would you apply the old GCTA in the RPC when the rule is when it is beneficial to the accused, you apply it to the accused, so why are you applying a lower period because there is ambiguity? Statutory construction is you rule in favor of the accused,” said Olalia.

Olalia also worries for political prisoners who had been charged with common crimes such as murder, which is heinous by the IRR’s definition.

The IRR was revised in response to public outcry on the aborted release of convicted rapist and murderer Antonio Sanchez.

“They are pandering to public opinion; do things the right way otherwise that is abuse. You are going beyond your power which is wrong,” Olalia said.

Since 2013, the Bureau of Corrections (BuCor) has released 1,914 heinous crime convicts based on the prevailing interpretation at the time that they were covered by the law.

These prisoners can argue that it was not their fault that the IRR at the time covered them under the law.

“If he challenges that in court, of course, the court will have to make a decision on that. But as far as the DOJ is concerned, if you were not entitled to begin with, you acted in good faith, it was not your fault. That’s beside the point. You have to go back and serve your full sentence. You want to challenge that before the court, let the court decide on it,” said Guevarra.  – Rappler.com