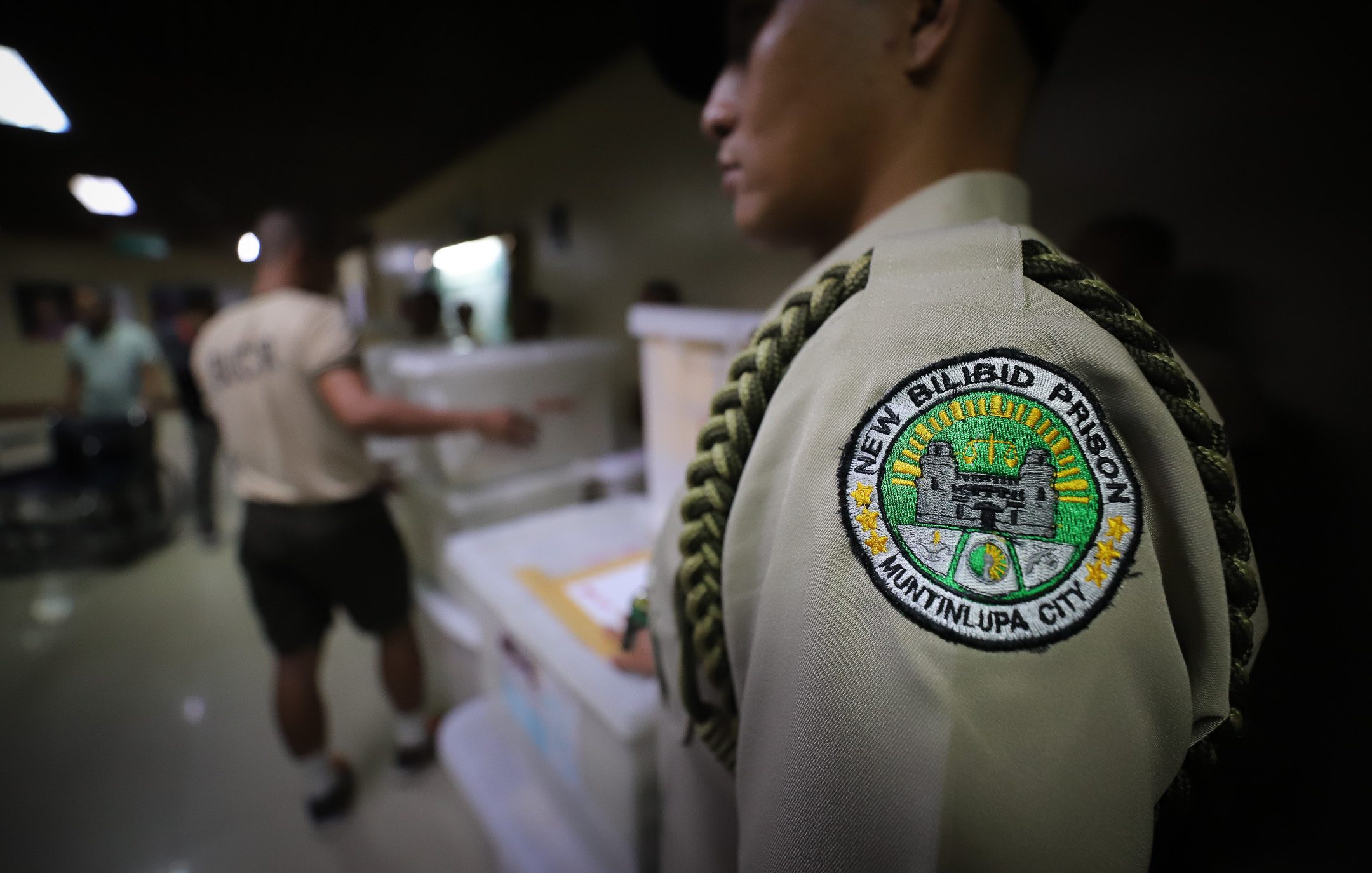 Facebook Twitter Copy URL
Copied
Since July 2018, the Bureau of Corrections has been spending an average of P13 per meal for each prisoner

MANILA, Philippines  – The Bureau of Corrections (BuCor) has only spent P39 per prisoner of the Correctional Institute for Women (CIW) as early as July 2018, nearly half of the P60-budget allotted under the budget.

This was revealed during the joint Senate probe into the good conduct time allowance (GCTA) law on Thursday, October 3.

According to caterer Angelina Bautista, they have been providing food for prisoners of the CIW as early as July 1, 2018. They won a P21-million contract to serve until December 2018, and has been using the same contract after the BuCor allegedly failed to hold new biddings after the contract had lapsed.

“P39 per PDL (person deprived of liberty) po. Breakfast, lunch, and dinner,” Bautista said, triggering a chorus of gasps in the Senate chamber.

She made the statement after the Commission on Audit (COA) representative, Director IV Irma Besas, said the BuCor has not been compliant with safety regulations in catering services it availed.

Asked by senators, Besas said the P21-balance per prisoner was returned to the treasury.

Angelina lamented that they now want to spend higher for the prisoners because of inflation, but because no new biddings were done, they have been forced to make do.

When asked by senators about the low meal budget for prisoners, former National Bilibid Prison (NBP) inmate Godfrey Gamboa said prisoners barely had anything to eat.

“Sa totoo lang, puro sabaw. Kaya namamatay ang mga preso dahil walang bitaminang kinakain (To tell you the truth, we’re only fed with broth.  Many prisoners die because we don’t get nourishment from what we eat),” Gamboa said.

He also said there were times when prisoners were fed “spoiled food,” causing them to get sick.

Former BuCor chief and now Senator Ronald dela Rosa also revealed the sorry state he witnessed when he was handling the Bilibid from April 2018 to October 2018.

Dela Rosa said that during his stint as BuCor chief, he observed that the caterers acted more like suppliers since they used the NBP’s water  power supply, and the food was prepared by the prisoners themselves.

He said he was only led BuCor for only 5 months, so he did not have time to address this.

After learning that the full meal budget for prisoners was not being used, Senator Panfilo Lacson said perhaps it was time to revisit the allotment for this item.

(If we compute this, and deduct P21, since it’s only P39, then the government can save P360 million. This is not a budget hearing but maybe we can amend it to reduce it by P360 million. Because it seems that P39 is enough.)

During the hearing, it was also learned that suspended BuCor legal chief Fredric Santos charged P50,000 to notarize catering contracts for Bilibid.

Santos admitted charging a high amount because it was apparently the “standing rate” given that the caterers earned millions from serving food to prisoners.

The suspended legal chief added that he did not force caterers to have him notarize their documents. But senators flagged the act given that he was once a member of the Bids and Awards Committee, which approves contracts with caterers.

“Member ka ng BAC, tapos ikaw ang nonotaryo, ‘di ba mahalay ‘yun (You were a member of the BAC and you notarize the documents, isn’t that problematic)?”  Lacson said. – Rappler.com

Editor’s Note: An earlier version of this story said that caterer Angelina Bautista spent P39 per prisoner of the National Bilibid Prison. This has been corrected.