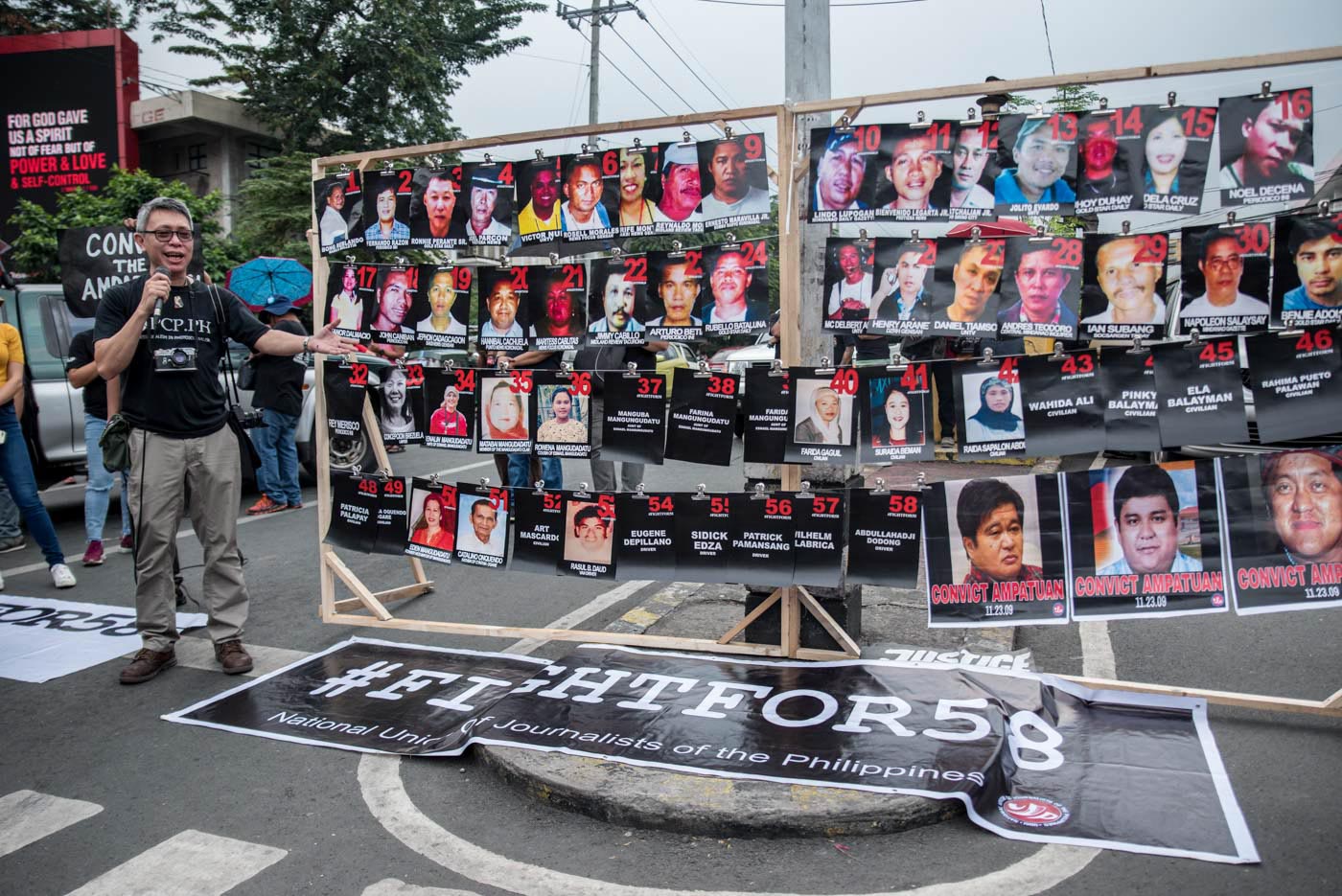 MANILA, Philippines – Media organizations have united and co-signed a petition to the Supreme Court to allow live coverage of the promulgation of judgment in the Ampatuan Massacre case to be held inside the courtroom of Camp Bagong Diwa in Taguig on December 19.

In a petition led by the National Union of Journalists of the Philippines (NUJP), Center for Media Freedom and Responsibility (CMFR) and the Philippine Center for Investigative Journalism (PCIJ), the journalists argue that “allowing live coverage would allow families unable to travel to Manila to immediately hear the decision of the 58 counts of murder of Judge Jocelyn Solis Reyes.”

On the 10th anniversary of the massacre on November 23, the NUJP held a benefit concert that would raise funds so families and relatives can travel to Manila on the day of the judgment, which they have been waiting for for 10 years. (READ: Children bear the brunt 10 years since Ampatuan massacre)

“Majority of the families of the victims reside in General Santos City, South Cotabato, Sultan Kudarat, and Maguindanao,” said the petition.

The petition also said that “transparency made possible by a live broadcast would help boost public trust in the judicial system.”

Media organizations previously held dialogues with the Supreme Court for the live coverage of the trial of the massacre.

After a back-and-forth, the High Court put its foot down in 2015 and decided there would be no live coverage due to lack of uniform rules, and due to the need to protect the rights of the parties and maintain the dignity of court proceedings.

There are 101 on trial for the massacre of 58 people, 38 of them journalists, who were part of a convoy on November 23, 2009, to cover the filing of candidacy of then Maguindanao governor aspirant Esmael “Toto” Mangudadatu.

It’s the single deadliest attack on journalists in the world, and the worst election-related violence in Philippine history. (READ: For Mama: Child of Ampatuan massacre victim chooses journalism too)