Did prosecution do enough? Ampatuan massacre verdict out today 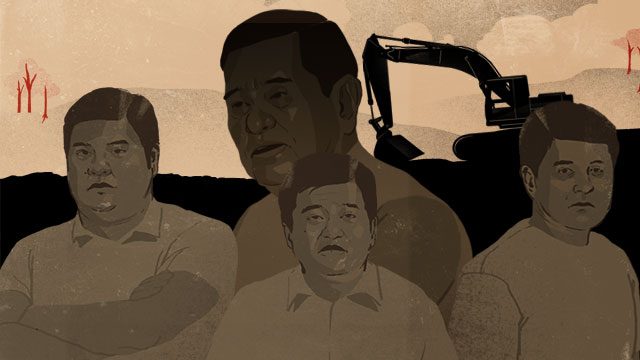 The promulgation of judgment is expected to begin at 9 am at a courtroom inside Camp Bagong Diwa in Taguig City.

“The prosecution presented all that it can. It did its best,” said Justice Secretary Menardo Guevarra, who inherited this case as the 8th Department of Justice (DOJ) chief to oversee the trial of the decade. The DOJ prosecution panel at the tail end had 10 members led by City Prosecutor Amor Robles.

The Ampatuan massacre, which killed 58 people, 32 of them journalists, is said to be the deadliest attack on media in the world.

Guevarra earlier said the DOJ is confident of a conviction for at least the principal accused, referring to Ampatuan brothers Datu Andal Jr, Zaldy and Datu Sajid Islam. The Ampatuan patriarch and co-accused Datu Andal Sr died in 2015. In his memorandum, or the final position paper of the 10-year-trial, Datu Andal Jr questioned the lack of trace evidence by the prosecution, such as the ballistic report on the firearms allegedly used in killing the 58 people.

“A ballistic study…should have been duly presented before the court during trial so as to supply the material and unmistakable link between the alleged victims and the firearms supposedly used to kill them, including the bullets purportedly found in their bodies,” said Datu Andal Jr.

Datu Andal Jr was identified by witnesses, the most crucial of them being Sukarno Badal, a former vice mayor in Maguindanao and their ally, who testified to seeing the Ampatuan scion kill some of the 58 on November 23, 2009.

Datu Andal Jr also questioned the lack of DNA and fingerprint studies at the crime scene.

“Clearly, if a crime has been committed by allegedly more than a hundred culprits, it would be virtually impossible that trace evidence could not be found nor gathered,” said Datu Andal Jr.

But Datu Andal Jr has his alibi: eyewitnesses saying he was in a meeting at the municipal hall of Datu Unsay, a town named after him, from 8 am to 12:30 pm on November 23. Witnesses said the carnage happened from 11:30 am to 12 noon.

However, all these eyewitnesses surfaced only in 2018, or 9 years after the massacre.

“Witness would have the Court believe that it was his conscience that actually made him testify,” the prosecution told the court.

In the case of eyewitness Mohammad Shamron Sapalon, the prosecution said cross-examinations revealed that his testimony was motivated by fear.

“Over and above it was what witness revealed during cross-examination that we are convinced that it is the greatest environmental factor fueling the testimony itself: fear,” said the prosecution.

The prosecution also employed the principle of physical impossibility which simply asks this question: if Datu Andal Jr was indeed at the municipal hall in the morning of November 23, was it physically impossible for him to have traveled to and from the massacre site?

Where were they on meeting dates?

There were 4 key meetings leading to November 23, according to Badal and former Ampatuan househelp and state witness Lakmodin Saliao.

Badal and Saliao said all 3 brothers were in these meetings.

Datu Andal Jr claimed he was in the US, and actually mid-air on November 16 and 17, and arrived in the Philippines only on November 18. Airport records support this.

Zaldy provided witnesses who swore they were with him in another place on those dates:

Sajid, on the other hand, said he was not on speaking terms with his father and brothers at the time because of a spat over politics.

In these meetings, Badal and Salio said, they heard Zaldy speak, promising his guns for the massacre, and coming up with a decoy plan so he would be in Manila on November 23. The state witnesses, however, did not hear Sajid speak.

For that, Judge Reyes allowed Sajid to be out on an P11 million bail, saying in 2015 that “the court finds, in its exercise of sound discretion, that the totality of the circumstances presently fails to reach the threshold of strong evidence of guilt.”

Zaldy hammered on the credibility of Badal in his memorandum.

For example, Zaldy pointed out how Badal said that 200 firearms to be used for the massacre “caused a delay at the airport when they tried to fly them back to Mindanao.”

“Badal wants this Honorable Court to believe that 200 high-powered firearms could be snuck in Metro Manila’s busy airport and boarded on an airplane just like that,” said Zaldy.

In an attempt to show “how truly impossible and incredible Badal’s allegations were,” the defense presented Police Senior Inspector Garry Franco Puaso of the Aviation Security Group to say additional permits from the Philippine National Police (PNP) were secured.

“Badal himself confessed he was a hired killer….Indeed, simply put, if he can be hired to kill, what more to lie?” said Zaldy.

On Saliao, Zaldy said a househelp would not have been given easy access to whatever meeting.

Zaldy recalled a point during trial where Saliao claimed that upon the order of the Ampatuans, he gave P20 million to former justice undersecretary Francisco Baraan III as bribe.

Zaldy recalled that in defending Baraan, Harry Roque – then a private prosecutor in the case – reasoned that the former justice official joined the DOJ only during the Aquino administration when the alleged payoffs happened before that.

“Saliao has a past record that shows his moral corruptibility and a propensity to lie,” said Zaldy.

Notwithstanding these, private prosecutor Nena Santos remains confident of a conviction.

In total, the prosecution presented 134 witnesses, on top of the 58 private complainants who also took the stand.

“We are not sure of the 100% (all 197 accused), but we are sure that the principal accused will be convicted,” said Santos.

“If there will be no conviction, I am sorry to say that press freedom in the Philippines is dead,” she added. – Rappler.com