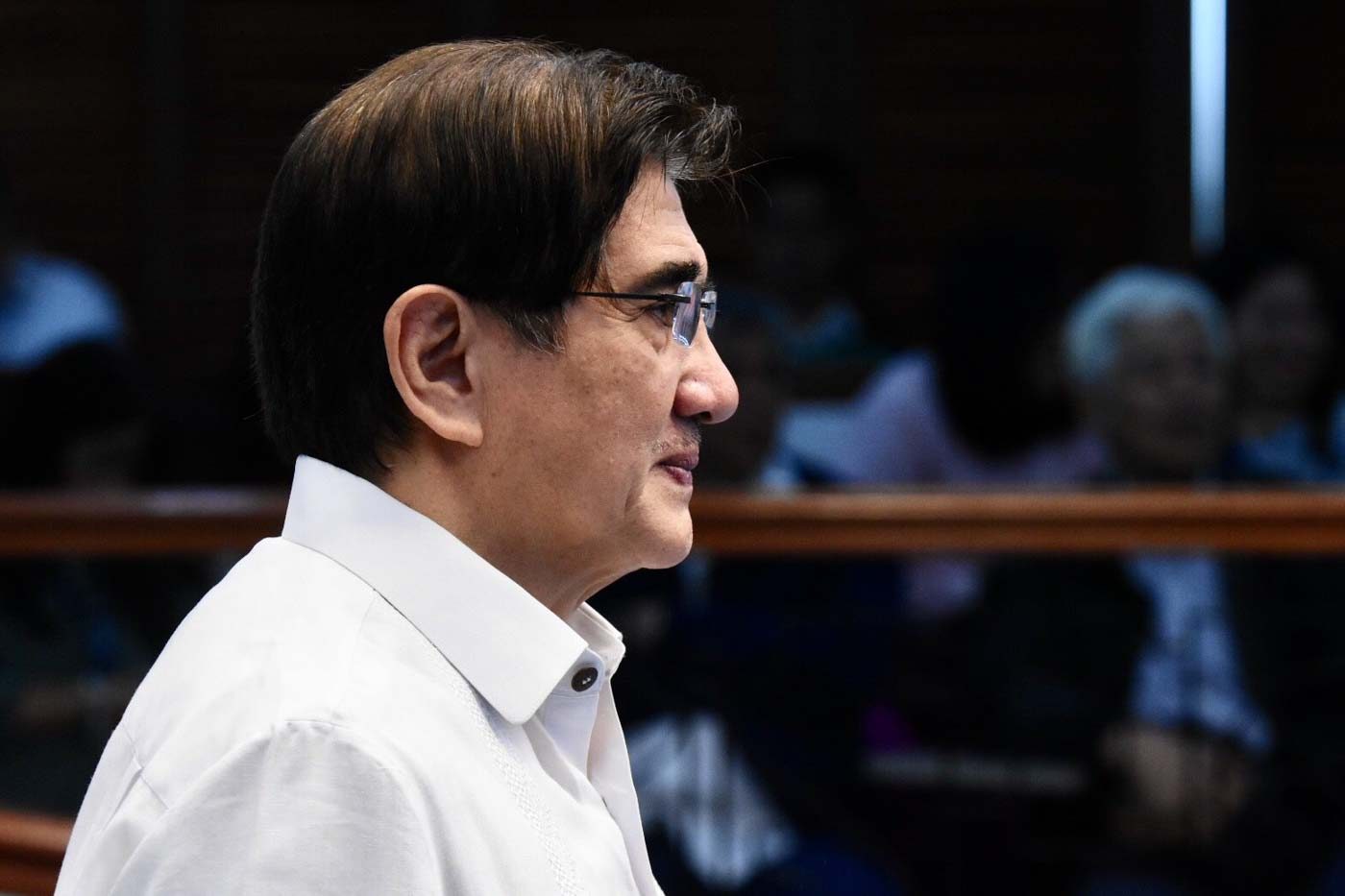 MANILA, Philippines – The Department of Information and Communications Technology (DICT) withdrew P300 million worth of confidential funds from sums originally allotted for projects, resulting in deficiencies in the performance of the department’s main mandate, an audit document showed.

An Audit Observation Memorandum (AOM) dated January 20, excerpts of which were obtained by Rappler, revealed that the DICT underspent for its projects, leaving them a “huge balance” by the end of the year.

Secretary Gringo Honasan then used that balance as cash advance for his office’s confidential and intelligence funds.

Not only did the action violate rules on confidential funds, it also led the internal auditors to say that DICT did not effectively perform its mandate for 2019, especially for cybersecurity.

“Needless to state, all these noted deficiencies adversely affected and are counter-beneficial to the Department’s mandate of cybersecurity policy and program coordination,” said the memorandum.

Amid these issues, DICT Undersecretary Eliseo Rio Jr resigned from his post on January 30.

Rio told GMA News Online on Monday, February 3, that the reason he resigned was because Honasan excluded him in the planning of the DICT’s confidential funds.

“Since I am not included in the planning process of the use of this confidential funds and it’s limited only to the people Honasan brought with him, I felt left out and useless and as such, might as well to resign because I am not trusted,” Rio was quoted as saying.

Honasan’s office was allotted P400 million for confidential, intelligence and extraordinary expenses, according to the 2019 national budget.

Joint Circular No. 2015-01 requires that before an agency can make a cash advance from confidential funds, it must first secure a Notice of Cash Allocation (NCA) from the Department of Budget and Management (DBM).

Instead, what the DICT did was just use the “huge balance” from its unspent budget, which had been previously given its own NCA.

Based on the memorandum, the DICT had a “huge balance” of P446 million in its Modified Disbursement System (MDS) sub-account by November 6, or nearing the end of 2019.

“According to the chief accountant, the Department intentionally opted to utilize existing funds in its MDS Sub-Account with prior-issued NCA considering its huge balance,” said the memorandum. Auditors pointed out that this violates Joint Circular No. 2015-01.

Auditors added that agencies can only spend their unspent balance to pay for goods already delivered or projects already completed.

“However, in the case of Confidential Expenses (CE), the joint circular particularly prohibits the utilization of cash advance as reimbursement of the expenses prior to the granting of the cash advance,” said the memorandum.

Auditors also said the DICT was even late in processing its confidential and intel funds.

Honasan disbursed a total of P300 million in the form of 3 tranches of cash advances – P100 million each tranche – on November 8, December 3, and December 17.

“The General Appropriation Act for FY 2019 was signed into law by the President on 15 April 2019. However, it is observed that the cash advance for the Confidential Funds (CF) was only processed in October-November 2019, within the last quarter of the year,” said the memorandum.

“This has left the Department with very little time in accomplishing its desired cybersecurity PAPs, in order to produce the expected outcomes and physical targets within the current year,” the memorandum said.

Rio said he does not believe that the DICT needs the confidential funds anyway.

“My position is that the DICT does not need intel or confidential funds because it is not [within] its mandate to conduct intel or surveillance activities. But the position of Secretary Honasan is that this is needed by him,” Rio told GMA News Online.

Auditors said “the root cause” of the problem is the DICT’s underspending.

“This explanation has led the audit team to the ultimate root cause of the problem at hand, which is the very low absorptive capacity of the Department in the utilization of its budget for outlined Programs, Activities and Projects (PAPs), so it could perform its mandate and produce desired outcomes/outputs,” said the memorandum.

Auditors reminded the DICT to”strictly comply with all relevant and applicable laws,” and to submit “realistic and doable physical and financial plan” for its projects.

An AOM is a confidential memorandum by internal auditors sent to the concerned officials of the agencies, informing them of observations but giving the agency a chance to explain and justify disbursements.

If the explanation is unsatisfactory, the observation lands in the annual audit report of the agency, which will only be released starting April this year. – with a report from Ralf Rivas/Rappler.com