Supreme Court told: Non-release of vulnerable prisoners can cause riots

Apr 27, 2020 5:23 PM PHT
Lian Buan
Facebook Twitter Copy URL
Copied
'Death, violence and riots can also break out if the pandemic is left unchecked in prisons,' petitioners warn, even as the public health system is overwhelmed 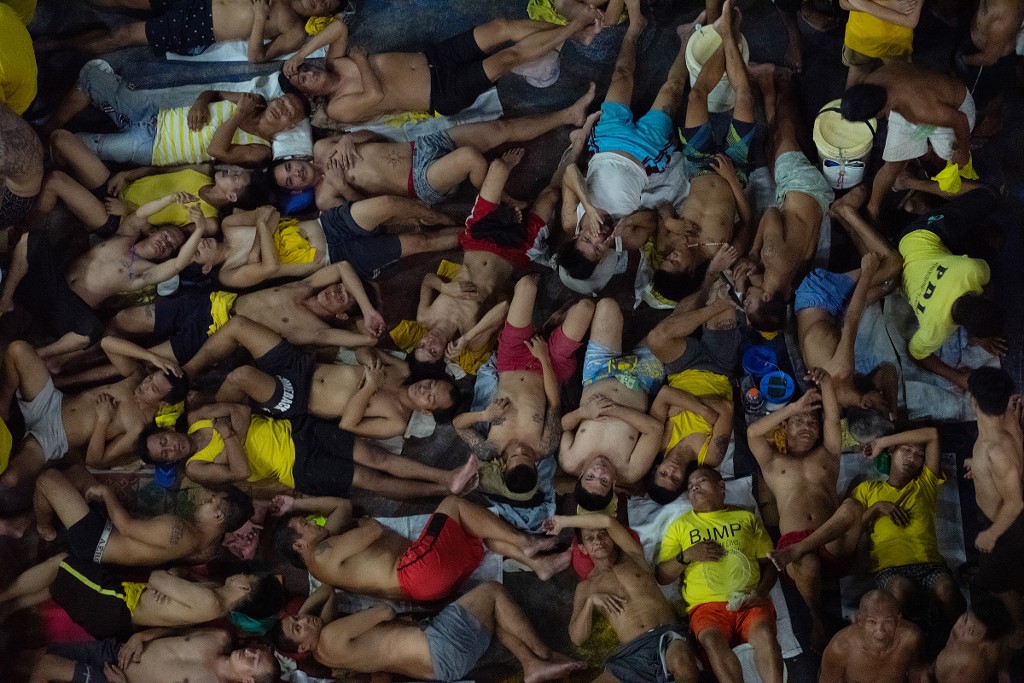 MANILA, Philippines – Human rights lawyers on Monday, April 27, told the Supreme Court that if vulnerable prisoners are not released during this coronavirus pandemic, it can cause riots which can result in more fatal consequences.

The Public Interest Law Center (PILC) and National Union of Peoples’ Lawyers (NUPL) submitted on Monday a response to the Supreme Court to address the points raised by the Office of the Solicitor General (OSG) which wants to dismiss the petition for lack of legal basis.

The OSG said congestion of jails is not a sufficient legal ground to temporarily release prisoners.

“Death, violence, and riots can also break out if the pandemic is left unchecked in prisons. Prisoner- patients will have to be treated in hospitals, overwhelming our already overburdened public health system,” said the PILC and NUPL.

They also said: “Prisoners afflicted with the disease may infect a large number of co-prisoners, health workers, prison guards, and other non-prisoners should an epidemic rage inside prisons.”

As of Monday, there are a total of 228 coronavirus cases in detention facilities, 210 in Cebu City Jail, both inmates and personnel; and 18 at the Quezon City Jail – 9 inmates and 9 personnel.

In Bureau of Corrections (BuCor) facilities, there are now 49 cases – 48 inmates at the Correctional Institute for Women (CIW) and one inmate in Bilibid. The Bilibid inmate has died.

The petitioners were also puzzled how the OSG could cite the House justice committee’s recommendation to release prisoners on humanitarian grounds, yet ask for the dismissal of that same petition.

The committee supported the humanitarian temporary release of vulnerable prisoners who need to pass an eligibility test.

“The respondents seem to imply that the recommendation submitted to the Department of Justice excludes petitioners,” said the NUPL and PILC.

The petition asked: why not allow the political prisoners to also go through the eligibility test?

“The respondents should allow petitioners to avail of the remedy and be qualified or disqualified according to merit and circumstance. And with its pejorative attacks on petitioners, the respondents not only seek to blind sidedly negate the right to presumption of innocence, but to deny petitioners due process as well,” said the petition.

The petition was filed by 22 political prisoners – 21 undergoing trial, and one convicted.

The petition asks that the remedies be applied also on similarly situated prisoners, meaning the sick, elderly, and low-risk.

The OSG’s comment highlighted the fact that political prisoners were members of what it called the terrorist group Communist Party of the Philippines (CPP).

The lawyers’ reply addressed the red-tagging, and decried the OSG’s depiction of them as “terrorists and soulless elements, who, having committed grievous crimes against the people, do not deserve to be treated with humanitarian consideration.”

“Contrary to the respondents’ portrayal of the petitioners, the nature of their cases and the circumstances of their arrests will show that they are not threats to security and to society but are rather victims of political persecution. They are prisoners of conscience,” said the PILC and NUPL.

With the subversion law repealed, membership in the CPP is not a crime.

“It is a shame that the respondents resorted to vicious and reckless red-tagging in their very submission before the Honorable Court. Such atrocious audacity reflects on respondents’ disrespect for this Honorable Court and insults their intelligence,” said the petitioners.