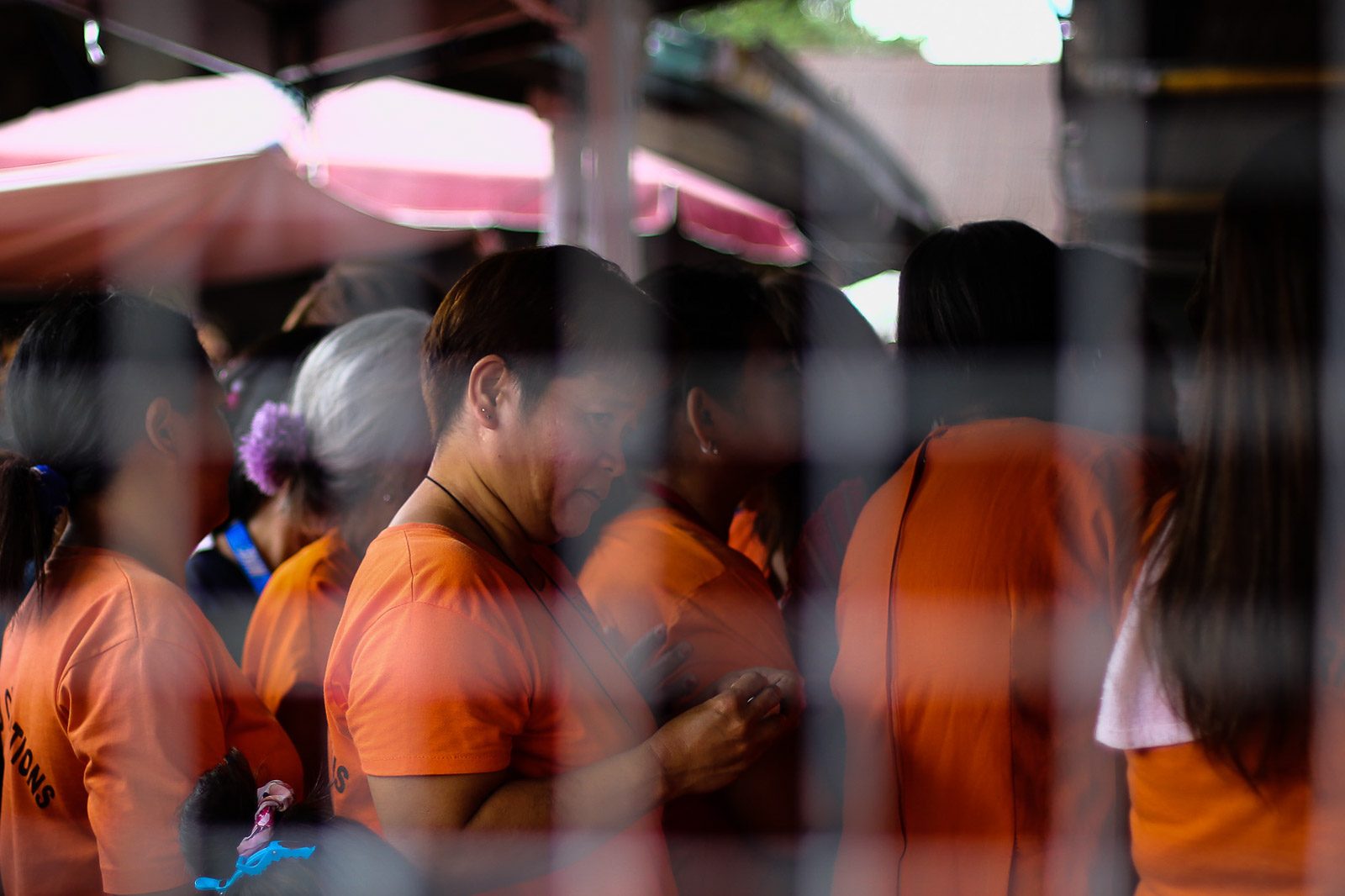 Facebook Twitter Copy URL
Copied
Fifty-three-year-old health worker Miguela Ocampo Peniero was ordered released March 5 upon payment of bail for one case. Her lawyers explain to the court all other previous charges are either junked, or served.

MANILA, Philippines – Human rights lawyers are pushing for the release of 53-year-old health worker and political prisoner Miguela Ocampo Peniero who is still detained at the Correctional Insitute for Women (CIW) despite securing a release order last March.

Rights group Karapatan said on Thursday, April 30, that the longer Peniero remains at the CIW, the greater the exposure to the coronavirus. The group added Peniero suffers from several ailments including hypothyroidism.

So far, 48 CIW inmates have tested positive for coronavirus, and two among them have died.

What’s the problem? Basing on records, the delay is due to conflict of whether she still has a sentence left to serve despite bailing out of her latest charge.

Peniero has had 8 cases in total, 5 of which have already been dismissed.

The last case, the 8th, a case for robbery, is bailable. Peniero postedP100,000 bail on March 5, and on the same day secured a release order from Gumaca, Quezon Regional Trial Court (RTC) Judge Michael Vito.

On Wednesday, April 29, Peniero’s lawyers also secured a certification from the Gumaca court that there were no other pending charges against her.

These were her first cases, over which she was arrested for in 2012.

In 2017, Peniero was convicted by the Taguig RTC of illegal possession of firearms and explosives, and was sentenced to up to 12 years in prison for the former and up to 40 years for the latter.

Peniero had been in jail 8 years. Her lawyers explain that with the CA modification, she had already served her maximum 7-year sentence. With the bail for her last case, her lawyers argue she can now be freed.

Habeas corpus. Because the CIW refused to release Peniero, her lawyers filed a petition for the writ of habeas corpus, an extraordinary remedy to free a person from what they will argue as illegal detention.

The Mandaluyong RTC was supposed to hear the petition on April 16, but Karapatan said this was canceled because of the lockdown, even though the Supreme Court had said matters of liberty are considered urgent cases that still need to be heard even via video conferencing.

“This proves how the government regards the wellbeing of detainees despite the dire situation in prison,” said Karapatan Deputy Secretary General Jigs Clamor.

Other political prisoners, many of them still undergoing trial, and who are either sick or old, have petitioned the Supreme Court to grant them temporary release amid the pandemic.

The Supreme Court on Thursday released a circular that would grant reduced bail to prisoners with bailable cases.

The political prisoners who filed the petition are charged with non-bailable cases. – Rappler.com