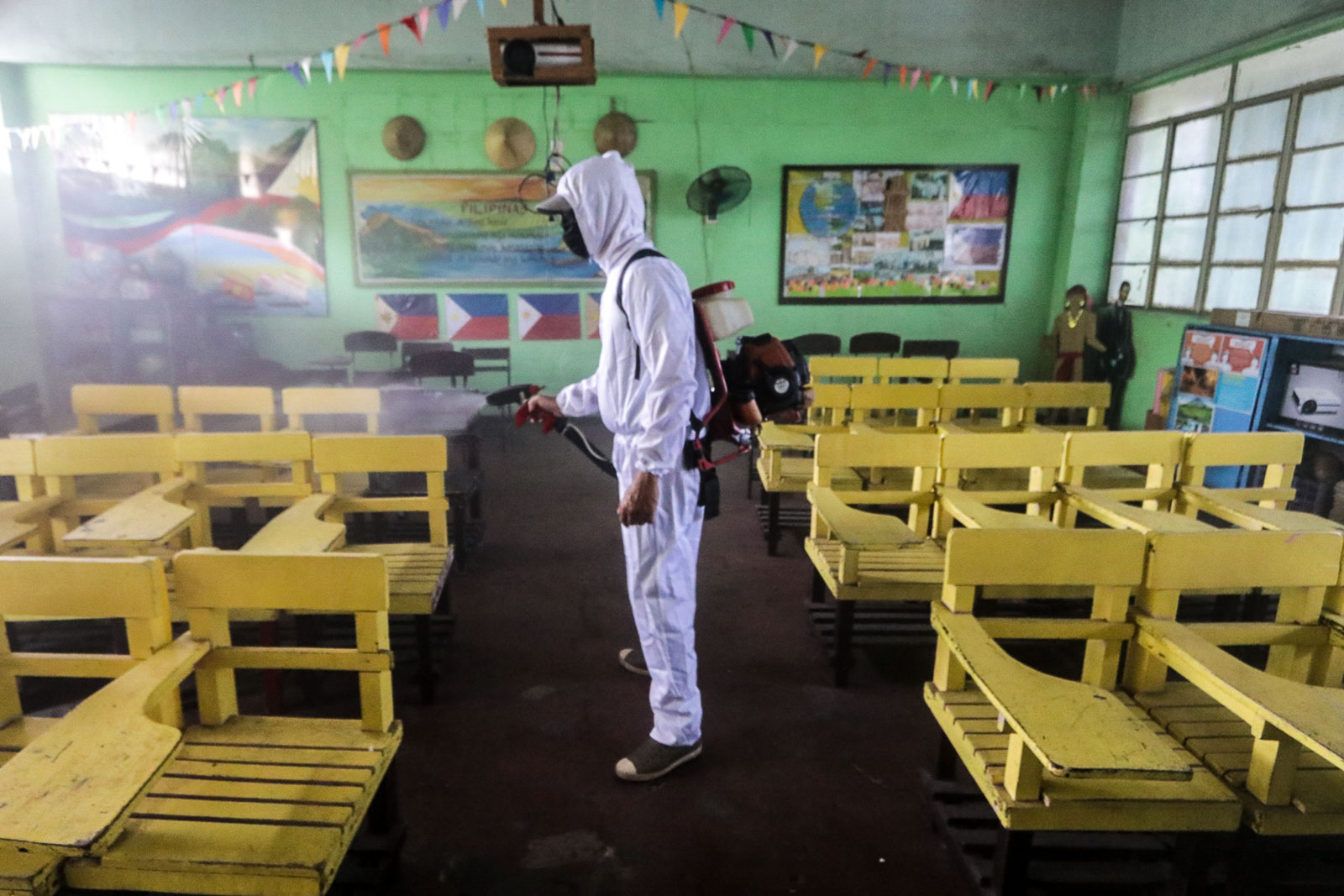 MANILA, Philippines – All basic education schools may soon be allowed to start classes beyond August after the bill giving the President the power to authorize this hurdled Congress.

The House of Representatives unanimously approved on 3rd and final reading House Bill (HB) No. 6895 on Thursday, June 4, with 241 lawmakers voting yes and no one voting no or abstaining from the vote.

Less than an hour later, the House agreed to adopt instead the version which senators also passed unanimously earlier this week, Senate Bill (SB) No. 1541.

SB 1541 would amend Section 3 of Republic Act 7797, the law which sets the start of classes between the first Monday of June and the last day of August.

The bill would empower the President, upon the recommendation of the Department of Education, to “set a different date” for the start of classes nationwide or in select parts of the country.

The measure would cover all basic education schools, including foreign and international schools.

With the House adopting SB 1541, the said measure becomes the final enrolled bill that can now be directly sent to Malacañang for Duterte’s signature.

The government canceled all classes when the coronavirus pandemic hit the country, which was placed under lockdown for nearly 3 months. Quarantine measures have since been eased starting June 1, although schools are still prohibited from physically opening.

Education Secretary Leonor Briones earlier said school year 2020-2021 would resume on August 24, a move heavily cricitized by students and parents alike given the continued spike in the daily COVID-19 cases. The country has tallied over 20,000 COVID-19 cases as of Thursday afternoon.

Families also had to grapple with the “no work no pay” setup during the lockdown. Many households do not have access to the internet or a computer either, making it difficult for students to participate in online classes.

An association of teachers also said they can better prepare for a school setup if classes would open in January 2021 instead.

Duterte himself already rejected the opening of classes in August, saying he would only allow classes to resume if a vaccine against COVID-19 is developed. – Rappler.com