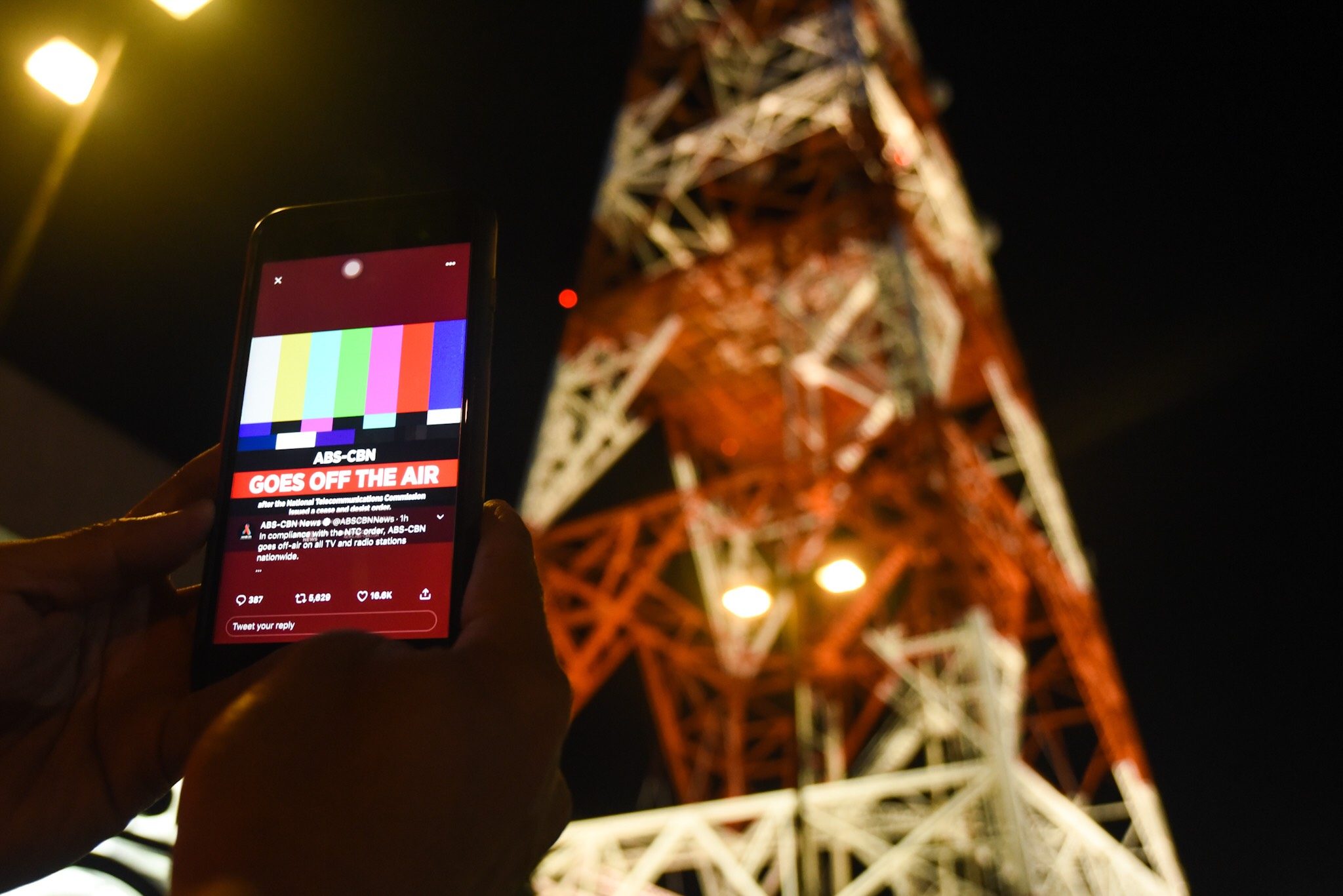 Sources told Rappler that the petition has become moot because ABS-CBN Corporation’s franchise already expired on May 4. ABS-CBN Channel 2 went off air on May 5 after the National Telecommunications Commission (NTC) issued a cease and desist order against it.

The junking does not affect ABS-CBN’s petition for Temporary Restraining Order (TRO), or the total voiding of the NTC’s cease and desist order, which is handled by a different justice-in-charge, meaning that the shutdown is still in effect.

Malacañang said it “respects” the decision of the High Court.

“We  leave it to the Solicitor-General as the Petitioner to decine on his next legal steps,” said Presidential Spokesperson Harry Roque.

The Duterte spokesman said the executive branch also leaves it to Congress to decide on the franchise renewal of ABS-CBN.

“We consider this a prerogative of Congress, which is presently deliberating on the matter,” said Roque.

In a disclosure to the stock exchange, ABS-CBN Corporation said “in the meantime, Convergence has suspended operations which require a legislative franchise or provisional authority.”

Asked why the case against ABS-CBN Convergence was retained despite its franchise also having expired, Hosaka said: “Let us wait for the resolution of the court on this matter, as for the reason for their action.”

The petition for TRO is scheduled for another round of SC deliberations on July 13.

By July 13, ABS-CBN would have been shut for more than two months, losing up to P35 a million a day since shutdown. ABS-CBN president and CEO Carlo Katigbak earlier told lawmakers that the network may have to begin retrenching some of its workers by August if it is not allowed to operate by then.

Franchise hearings in the House of Representatives are still ongoing, and are stalled as lawmakers dwell on the citizenship of ABS-CBN Chairman Emeritus Gabby Lopez despite a Department of Justice (DOJ) declaration that he is a Filipino citizen.

The ABS-CBN case has created a deadlock among the 3 branches of government, with legal experts differing on interpretations on which branch would have the last say. – Rappler.com