Jul 1, 2020 9:25 PM PHT
Lian Buan
Facebook Twitter Copy URL
Copied
The Department of Health (DOH) does not answer how many locally stranded individuals are positive for the virus 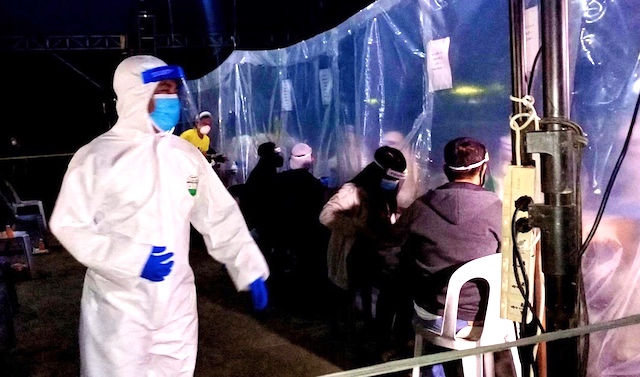 MANILA, Philippines – There were 2,326 repatriates who tested positive for the coronavirus, and are probably the reason for the increase in the number of cases in the country in May and June, the Department of Health (DOH) said Wednesday, July 1.

(According to an initial analysis, there were indications that many of the new cases in May and June were repatriates, compared to March and April when many of the cases were health care workers.)

Rappler has reached out to Vergeire to ask if the cases of repatriates were among the factors in the transmission of the virus, but she has yet to reply.

Vergeire said that of the total 92,967 overseas Filipinos workers who have returned home, 2,326 have tested positive. Of this number, 1,213 were land based and 1,113 were sea based.

Vergeire did not answer a similar question for locally stranded individuals or LSIs.

She  was asked how many repatriates and LSIs have tested positive for coronavirus, and if they spotted trends from these two groups. She gave only the data on the repatriates.

Locally-stranded individuals are controversial because some of them tested positive upon arriving at their home provinces; and in some cases, they were the first cases in that area.

Local government units (LGUs) have complained about this, especially the lack of coordination with the national government.

Defense Secretary Delfin Lorenzana announced on Sunday, June 28, two-week stop in the repatriation of LSIs to Western and Eastern Visayas to help lessen the spread of the coronavirus in those areas.

“We have to do this because the LSIs are the ones bringing the virus to the provinces. The data from Bacolod and Iloilo City bear this out,” he said, adding that the local government units (LGUs) in those areas asked for the suspension.

The government has made a distinction between an LSI – whom they define as being based in the province but stranded elsewhere – and the beneficiaries of Senator Bong Go’s currently suspended Balik Probinsya program, who are those already based in Manila but who now want to go back.

The government has also made a distinction between returning OFWs and LSIs.

Balik Probinsya has been suspended to prioritize LSIs and returning OFWs. – Rappler.com