Jul 8, 2020 4:26 PM PHT
Lian Buan
Facebook Twitter Copy URL
Copied
'Given the pattern of imputation by the executive and the nature of accusations, the exercise of our fundamental freedom of expression and freedom of association has to be protected' 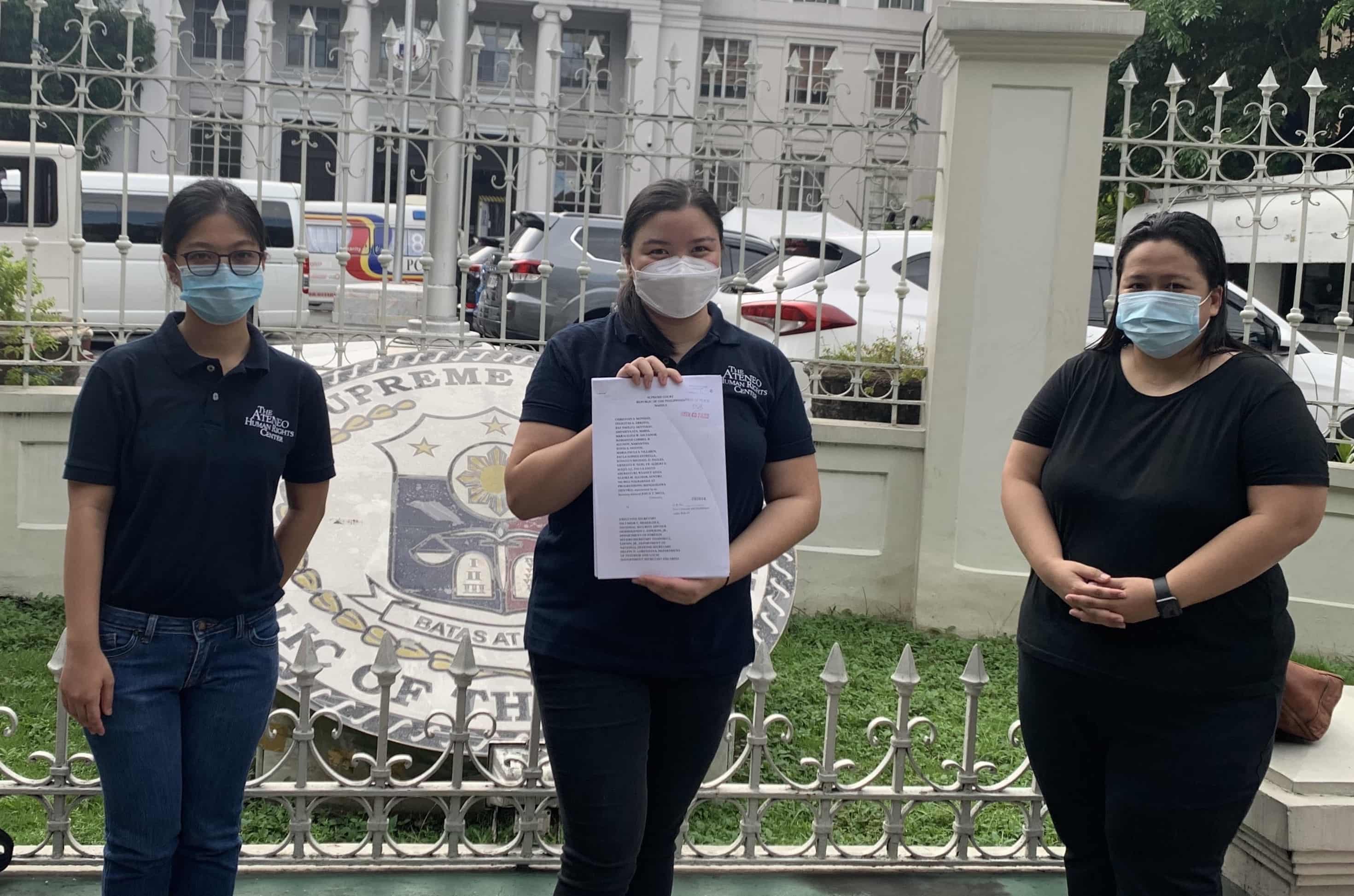 Based on Rappler’s information as of Wednesday, there are at least 7 more petitioner groups to file before the Supreme Court.

The petition of the Constitution framers focuses on what it says is the unconstitutional powers of the anti-terror council (ATC), which is an executive body to be headed by the executive secretary and the national security adviser.

Section 29 which gives the council the power to order arrests and detention without court warrants are a consistent argument of petitioners and critics alike.

“Section 29 offends the Constitution on multiple fronts,” said the petition.

But aside from that, the petition also cites Section 25, which gives the council the power to designate people as terrorists upon its finding of probable cause. Section 25 authorizes the council to request the Anti-Money Laundering Council (AMLC) to freeze the assets of the designated people.

Note that the council’s designation is a separate process from the proscription or the declaration of a court. (READ: EXPLAINER: Comparing dangers in old law and anti-terror bill)

“In addition, it must be highlighted that the provision on the power to designate provides no parameters for the ATC to follow and factors to consider in making a designation,” said the petition.

The petition said there is no mechanism under the law that provides for a judicial scrutiny of the council’s designation process. It is similar to the administration’s compilation of drug lists, which provide no process for those included to take their names off.

“This provision imposes a penal sanction without subjecting the ATC’s suspicion to judicial scrutiny. All this gives unbridled power to the ATC to decide who, what, when and how citizens may be identified as terrorists,” said the petition.

The petition lists incidents where the Duterte administration charged critics with offenses like inciting to sedition, published matrices of alleged Oust Duterte or Red October plots, and red-tagged activists.

One of the petitioners, jesuit priest Alejo, is facing a complaint on conspiracy to commit sedition over the Bikoy videos, and is awaiting resolution by the Department of Justice (DOJ) on charges he allegedly kidnapped a businesswoman to testify against Duterte.

“Given the pattern of imputation by the executive and the nature of accusations, the exercise of our fundamental freedom of expression and freedom of association has to be protected,” said the petition.

The petition took notice of the statement by Justice Secretary Menardo Guevarra that the Department of Justice will “define more clearly in the Implementing Rules and Regulation (IRR) the parameters which the law will be implemented and enforced, in order to erase any latitude for misapplication or abuse.”

“Again, the parameters and the standards must be laid down in the law itself, not in succeeding Implementing Rules and Regulations. As RA No.11479 does not set these standards and will have to rely on the IRR for more clearly-defined parameters, it must be struck down as unconstitutional,” said the petition. – Rappler.com