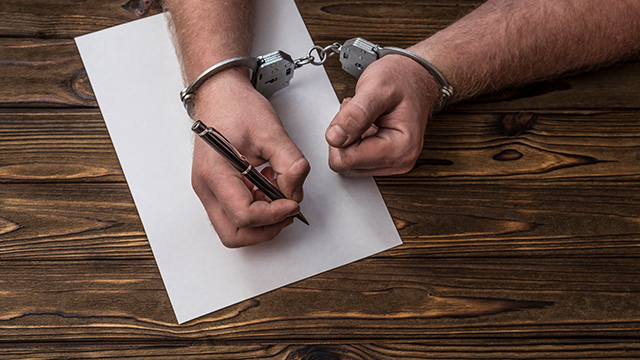 MANILA, Philippines – The Supreme Court has taken a hands off approach in a legal challenge to the Department of Justice’s rules in plea bargaining in drug cases which is stricter than the own guidelines of the Tribunal itself.

In a 14-1 decision, the Supreme Court denied the petition of a charged drug suspect who couldn’t get a lesser sentence in his drug case because prosecutors followed the stricter DOJ rules in plea bargaining.

“The DOJ Circular No. 27 provision pertaining to acceptable plea bargain for Section 5 of R.A 9165 did not violate the rule making authority of the Court,” the Supreme Court said in a decision on February 18, but released only recently.

The lone dissenter, Associate Justice Benjamin Caguioa, said the DOJ circular was unconstitutional “as it encroaches upon the exclusive power of the Court to promulgate rules.”

What happened? In April 2018, the Supreme Court adopted Administrative Matter (A.M) No. 18-03-16-SC, or the framework for plea bargaining in drug cases.

Under this framework, there are drug offenses punished by life imprisonment which can be reduced to as low as 6 months in prison.

But in June 2018, Justice Secretary Menardo Guevarra issued DOJ Circular No. 27 or the amended guidelines for plea bargaining which is more strict than A.M No. 18-03-16-SC.

Under these rules, a person charged under Section 5 can only plead to the lesser offense of Section 11 paragraph 3 or possession, which is punishable by 12 years to 20 years.

Drug defendant Inol Sayre, who is charged of 3 offenses, one of which is Section 5, petitioned the Supreme Court to declare DOJ Circular No. 27 unconstitutional for “being in contravention” to the Supreme Court’s framework.

Sayre was caught with 4 sachets of shabu, all of which amount to only 0.85 grams.

Prosecutors opposed his application for a plea bargain deal under the Supreme Court’s rules and only agreed to the stricter DOJ rules. Judge Dax Gonzaga Xenos of Panabo City, Davao del Norte sided with the prosecutors.

“The acceptance of an offer to plead guilty to a lesser offense is not demandable by the accused as a matter of right but is a matter addressed entirely to the sound discretion of the trial court,” said the Court in ruling that Judge Xenos did not act in grave abuse of discretion.

The Court said the DOJ circular “harmonizes the constitutional provision on the rule-making power of the Court and the nature of plea bargaining in dangerous drugs cases.”

In his separate concurring opinion, Associate Justice Marvic Leonen said that A.M No. 18-03-06-SC “is not a procedrual rule,” but a mere “framework.”

“Nothing in it mandates that the prosecution, the accused, or the courts must strictly comply with its provisions,” said Leonen in his concurring opinion.

Associate Justice Amy Lazaro-Javier agreed and said: “The DOJ simply exercised its right as the prosecuting arm of the State when it promulgated its own governing rules in relation to plea bargaining.”

What was the dissent? Caguioa said that “plea bargaining is a rule of procedure which is within the Court’s exclusive domain.”

“Thus, any executive issuance which runs counter to the rule-making power of the Supreme Court over rules on pleading, practice, and procedure in all courts, including the adoption of the framework governing plea bargaining in the regional trial court, is unconstitutional,” said Caguioa.

Caguioa said “the level of specificity” by which the Supreme Court laid out its framework means it was not merely advisory or recommendatory.

“It is, in reality, the Court’s way of saying that the lower court will only approve a plea bargain if the same is in accordance with the exact plea bargain crimes provided therein,” said Caguioa.

Caguioa said the efforts to declog court dockets will be put to waste.

“The objective of declogging court dockets through a simplified, inexpensive and speedy disposition of cases simply will not happen, and the Court’s issuance of the plea bargaining framework will ring hollow and be reduced to a wasteful exercise,” said Caguioa.

The deluge of drug cases since President Rodrigo Duterte has overtaken Philippine courts.

DOJ and Supreme Court. This is not the first time that the DOJ and the Supreme Court have had some sort of disagreement over how to treat drug cases.

Initially, in September 2018, the SC issued the notable People vs Lim decision where it made “mandatory policy” the strict compliance with the rules on handling of evidence, and said weakly-built drug cases would be dismissed.

The result was an “overwhelming” increase in acquittals.

Guevarra called on the courts to be more “liberal” with drug cases that did not follow proper procedures in handling evidence.

This call was somehow backed by the Supreme Court because in November 2018, when asked to issue an additional guideline, the en banc instead issued a resolution that gave a slight nudge to the court to not acquit drug suspects in weak cases, but only to dismiss the cases without prejudice to the refiling of a new one where officers can be given the chance to justify their non-compliance.

Chief Justice Diosdado Peralta, the ponente in People vs Lim, also had to clarify later on that judges were wrong to acquit drug suspects based only on the said decision. – Rappler.com