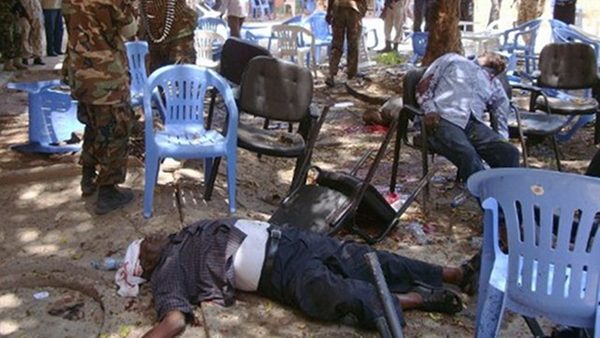 The militant al-Shabab group bombed a theater in Mogadishu that killed 8 people, including the head of Somalia’s Olympic committee and its football chief, and wounded 3 local TV journalists. Police said a woman carried out the suicide attack, but the armed group insisted it planted the bomb. The theater was just re-opened more than 2 weeks ago, and at the time of the attack Somalia’s prime minister was addressing guests who joined the first anniversary of the launch of the government’s TV station. Officials said this would not deter ongoing peace efforts in Somalia.