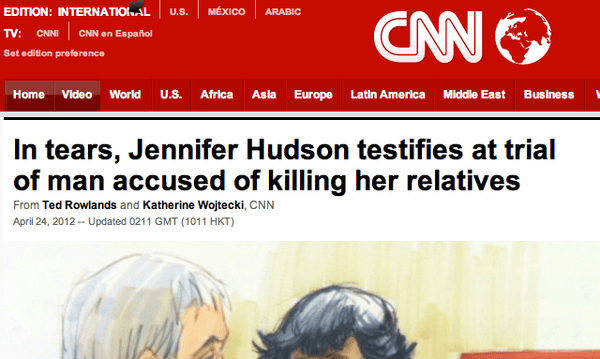 Oscar-winning actress and singer Jennifer Hudson gave tearful testimony at the trial of the man who allegedly murdered her mother, brother and nephew in 2008.  She identified and pointed to her sister’s estranged husband, William Balfour, as the killer.  “None of us wanted her to marry him,” she said in court Monday.  “We did not like how he treated her.”  Later, her sister, Julia, testified Balfour threatened to kill her family if she left him.  The defendant says he is innocent.