PH and China in business partnership at disputed sea? 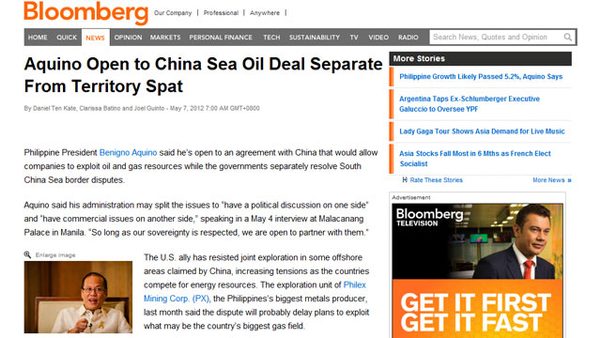 While the Philippines and China are in a military and diplomatic standoff in the Scarborough shoal in northern Philippines, the story could be different further down south — at the Recto Bank a few kilometers east of Palawan where a rich gas resource has just been confirmed. Aquino said he is open to an agreement with China that would allow a commercial partnership on one hand and a political discussion on the other. The chairman of local firm Philex Mining, which has a unit that was granted by the government the right to explore the Recto Bank, is currently in China to talk to Chinese state oil company.