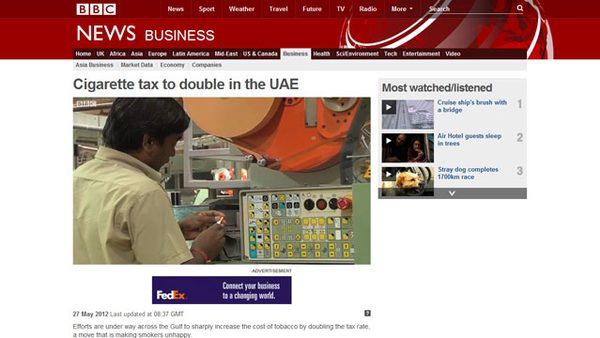 Philippine lawmakers and policy makers, take heed. The Gulf countries, led by the United Arab Emirates, are eyeing to double the tax rate imposed on cigarettes, following their counterparts in the United States of America, United Kingdom and other advanced countries that are actively discouraging smoking. Officials don’t seem to fret despite tobacco firms’ claims that up to $500 million investments may leave the region if this is passed. Advertising bans and compulsory health warnings on cigarette packets are already part of an overall effort to reduce health-related costs of smoking.

In the Philippines–where the taxes on cigarettes are one of the world’s lowest–a bill meant to increase excise taxes on tobacco products has made a giant, single step at the House of Representatives when a committee passed it. The Aquino government hopes to see it finally become a law before the 2013 election fever sets in.