Jan 2, 2015 9:30 AM PHT
Natashya Gutierrez
Facebook Twitter Copy URL
Copied
President Benigno Aquino III wants the work of his administration to be felt by the people – something he believes can be achieved by reducing poverty, increasing social protection, mitigating effects of calamities and serving justice 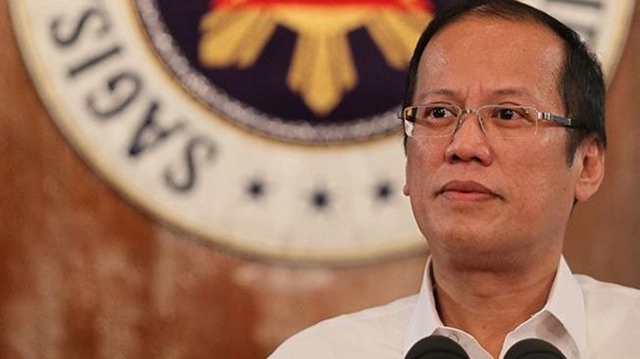 MANILA, Philippines – As President Benigno Aquino III enters his final year, he is faced with greater pressure to fulfill the promises he has made during his presidency.

Perhaps easing the pressure – or even adding to it – is the perception that he enters the year as the most trusted and appreciated national leader in the country, based on independent polls.

For the first time in his presidency, Aquino is the only top government official in the country who enjoys majority trust and approval of Filipinos. Additionally, Aquino’s satisfaction ratings have rebounded since hitting an all-time low in June, making him the most popular Philippine president in recent history.

2015  is the year Aquino wants the people to feel the effects of his leadership, and for someone who counts down the number of days until the end of his term, he knows just how much time he has left.

“2015, really is focused on demonstrating so many of the results, be it the infrastructure, be it have a better employment picture, be it more investment and so on and so forth. So, if there is a direct correlation that they gave us this opportunity of this mandate we will be reaping the fruits in 2015 substantially,” Aquino said at a Bulong Pulungan event with journalists on December 5.

He added, “We can have that picture of what can be achieved building upon that which we already did. So, the focus of 2015, again, is more intensified: inclusivity of the growth in the economy and the empowerment of the people and if this is very palpable to everybody.”

The goals are lofty but Aquino is adamant about leaving a legacy of good governance – and how clean and honest leadership can leave a lasting positive impact on the people.

How will the government achieve this? Communications Secretary Herminio Coloma Jr told Rappler the administration will focus on 4 priorities: reducing poverty, increasing social protection, mitigating the effects of calamities, and delivering justice for all without fear or favor.

“In 2015, President Aquino wants to demonstrate the full fruition of the promises he made to the people in terms of making them believe that it is possible to dream about and realize a better future for themselves and their country,” Coloma said.

When Aquino first submitted the 2015 budget to Congress, he was clear about his goals to reduce poverty.

“As our country achieves a new path of rapid and unprecedented growth, moving away from the past periods of boom and bust, we must acknowledge that growth alone cannot solve poverty. We must translate our economy’s continued growth to real and tangible benefits for the poor. We must empower our people to stand on their own two feet and create the lives that they desire,” he said. Aquino also acknowledged that the work is not over yet. “We must intensify and sharpen the focus of government interventions to substantially reduce poverty.”

In line with this, the 2015 budget allocated P62.3 billion for the 4.3 million families in the Pantawid Pamilyang Pilipino Program (4Ps) also known as the conditional cash transfer (CCT) program, the administration’s flagship anti-poverty strategy. The amount is higher than the P44 billion-budget in 2014.

The goal is to encourage more children to enter and stay in school, with the long term aim of equipping them with skills that would get them gainfully employed so they can support their families.

According to Coloma, the administration plans to increase social protection by focusing on “universal education and health care and socialized shelter.”

These priorities are highlighted in the 2015 budget, with the Department of Education receiving the biggest bulk of funds – P367.1 billion – up 18.6% from 2014. Of this amount, P53.9 billion would go to Basic Education Facilities to construct and repair thousands of classrooms all over the country, procure seats, and develop water and sanitation facilities.

Universal healthcare too, is a priority. In 2014, Aquino signed into law the Expanded Senior Citizens’ Act of 2010  which allows over 6 million senior citizens in the country to avail of health benefits enjoyed by Philippine Health Insurance Corporation (PhilHealth) members.

Aquino hopes to continue the momentum into 2015, setting aside P37.1 billion for Philhealth premium subsidies to benefit 15.4 million poor and near-poor families.

In addition, the President allotted P11 billion for socialized housing for poor families, especially those in danger zones. Of that amount, P7.3 billion is for the relocation for thousands of families to safer areas, while P736 million will support the National Housing Authority in providing emergency housing assistance to Yolanda victims.

Another goal is to transfer 7,215 informal settler families to better communities – more than twice the number of families targeted in 2014.

“The 2015 Budget supports our commitment to enable poor Filipinos to own safe and affordable homes,” Aquino said.

After Super Typhoon Yolanda hit the country in late 2013, Aquino was noticeably more conscious about government efforts to mitigate the effects of calamities in 2014 – a priority that carries over into 2015.

“None of our efforts to create more opportunities for our people to uplift their lives will matter unless we protect them from the harm that may be caused by natural disasters,” Aquino said. “Recent calamities have shown us how easily devastation can put people back in poverty.” Central to the government’s strategy in increasing resilience is to “build back better,” a tagline the administration has used in setting standards for reconstruction.

Aquino said the administration will also focus on “strengthening the country’s natural ecosystems and on building the adaptive capacity of communities.”

Under the 2015 budget,  P14 billion is allocated to the National Disaster Risk Reduction and Management Fund, and P6.7 billion reserved for Quick Response Funds. Another P21.7 billion is for rehabilitation efforts post-Yolanda and other calamities.

The year 2014 saw 3 sitting senators behind bars as they battle plunder charges in connection with the pork barrel scam, the biggest corruption scandal in recent history. The achievement is something Aquino has consistently called attention to.

“We have never relented in seeking justice against those who broke our people’s trust,” he said.

Aquino’s qualms with the judicial system are no secret either. In 2012, former Chief Justice Renato Corona was impeached for misdeclaring assets in his Statement of Assets, Liabilities and Networth, a move Aquino supported and hailed. In 2014, the President also considered supporting constitutional amendments partly to clip the powers of the Supreme Court, which he accused of judicial overreach.

The President has described judicial review as “one of the issues closest to my heart.”

While the administration has no control over the  Supreme Court or the justice system, the Aquino administration continues to be criticized for its failure to resolve the Maguindanao massacre which left 58 dead in 2009. The administration has repeatedly promised to see through the resolution of the case, deemed as the worst election-related violence in Philippine history. Coloma said however, the government hopes the people will, in 2015, join the Executive in its demand to institute judicial reforms.

“The Aquino administration’s platform of good governance seeks to convey this important message that, indeed, it is possible for justice to be served fairly and equitably,” Coloma told Rappler.

He cited the High Court’s efforts “to speed up litigation and raise the level of ethical behavior of judges and magistrates” including the dismissal of  Sandiganbayan Associate Justice Gregory Ong for gross misconduct, dishonesty and impropriety; as well as pending bills in Congress to create more regional trial courts.

As for the administration’s own efforts, Coloma drew attention to the appointment of Justice Conchita Carpio Morales to head the Office of the Ombudsman.

The Palace official said Morales has “infused greater confidence in the viability of the government’s anti-corruption campaign” along with the Department of Justice’s reforms in the prosecution service and the cleansing of the national penitentiary.

Aquino has also vowed to pursue other lawmakers involved in the pork-barrel scam. – Rappler.com