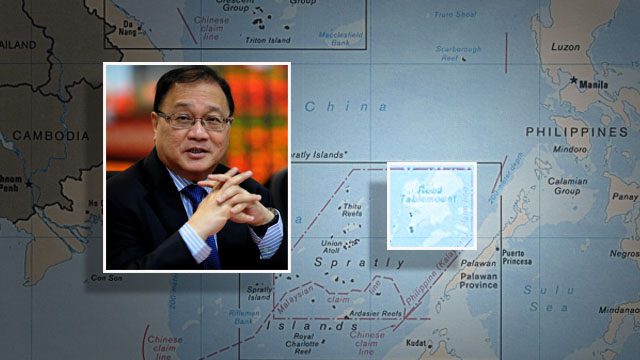 The Philippines’ Department of Energy (DOE) said it will suspend the permit of Forum Energy, a British company led in the Philippines by businessman Manuel V Pangilinan, to explore Recto Bank.

Energy Secretary Carlos Jericho Petilla on Monday, February 23, said the Department of Foreign Affairs (DFA) advised it to “hold off” exploration activities in Recto Bank because of certain developments between the Philippine and Chinese governments.

DFA spokesman Charles Jose, on the other hand, said on Wednesday evening, February 25: “Philippine development activity in the West Philippine Sea will take place in accordance with the national interest, following Philippine laws, and in conformity with international law including the United Nations Convention on the Law of the Sea (UNCLOS).”

It is unclear from Jose’s statement if this means the DFA didn’t tell the DOE to “hold off” exploration activities, and the DOE doesn’t need to suspend Forum Energy’s permit.

The UNCLOS, which the DFA mentioned, is the basis for the Philippines’ claim over exclusive rights to explore and exploit marine resources 200 nautical miles (NM) from its baselines or edges.

Stressing its ownership of Recto Bank, the Philippine government allowed Forum Energy to explore an 8,800-square-kilometer area in the West Philippine Sea. It is said to contain up to 16.6 trillion cubic feet of gas and 416 million barrels of oil.

Oil drilling in the West Philippine Sea is a sensitive issue for China, one of the Philippines’ biggest trading partners, against which the Philippines filed a historic case over the disputed waters.

In July 2014, China slammed the Philippines for extending the permit of oil energy to conduct oil drilling activities in the West Philippine Sea.

The reported suspension of oil drilling activities came as the Philippines calls for a moratorium on activities that raise tension in the disputed sea.

In November 2014, Philippine President Benigno Aquino III said the Philippines is also willing to “listen” to the Asian giant. He made this statement after meeting with Chinese President Xi Jinping in Beijing at the sidelines of the APEC Summit. – Rappler.com