Half a million gun owners in PH without licenses – police 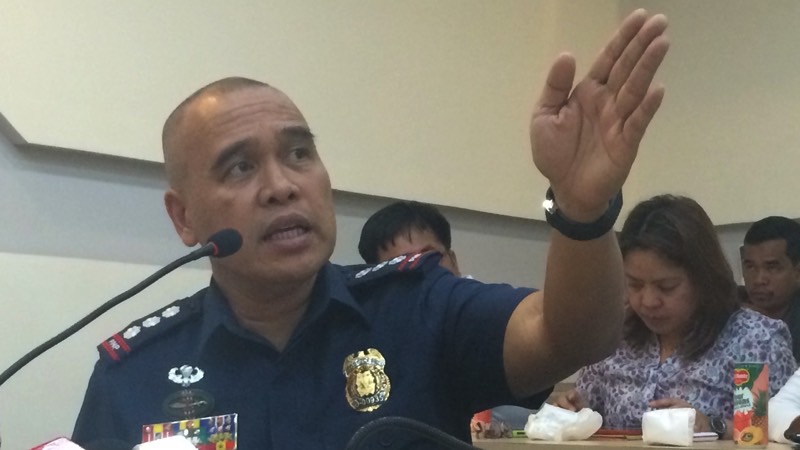 MANILA, Philippines – Blame it on a tough application process, the inconvenience of having to line up, or forgetfulness, but close to 500,000 registered gun owners in the Philippines are without valid licenses to own their firearms.

Based on the latest data from the Firearms and Explosives Office (FEO) of the Philippine National Police (PNP), 427,678 registered gun owners in the country have expired gun licenses – 346,777 of them individual gun owners, and 80,901 of them “juridical” users or licenses under security agencies and private and public security groups.

“Ano kaya, bakit nahihirapan sila? Bakit hindi sila nagrerehistro?” said FEO officer-in-charge Senior Superintendent Dennis Siervo in an interview with select reporters on Wednesday, May 6. (I asked myself: Why are they having a hard time renewing their licenses? Why aren’t they registering?)

Under Republic Act 10591 or “The Comprehensive Firearms and Ammunition Regulation Act,” gun owners have to first apply for a license to own and posses a firearm, then register their firearms separately.

The close to half a million expired licenses represent the firearms that were registered before the new law kicked in.

RA 10591, which was signed into law by President Benigno Aquino III in May 2013, also required gun owners to renew licenses to possess firearms every two years. Firearm registration, meanwhile, needs to be updated every 4 years.

Extra barrels, slide receivers, and loading machines need to be registered as well.

To get a license to own and posses firearms, applicants need to obtain several clearances – among them, a National Bureau of Investigation clearance, a neuropsychiatric exam, a gun safety seminar, and clearance from the PNP’s Directorate for Intelligence.

The new, stricter requirements are one of the reasons why Siervo, who was appointed to the FEO post in early March 2015, is thinking of ways to make the process easier. He is considering cutting down on the number of documents needed and bringing the gun registration process online.

It was among the orders of PNP OIC Deputy Director General Leonardo Espina, said Siervo.

In a press briefing on Monday, May 4, Siervo unveiled plans to pattern FEO licensing after the Department of Foreign Affairs (DFA), where applicants can schedule passport application and renewal appointments online.

The plan for the FEO is to make it possible for gun owners – both new and re-applicants – to upload documents and schedule personal appearances online.

Siervo is optimistic the modernization of the FEO will happen before 2015 ends. But the plan first needs to be presented to PNP officer-in-charge Deputy Director General Leonardo Espina and Interior Secretary Manuel Roxas II, after which the usual bidding process can begin.

But before that happens, Siervo is appealing to all existing gun owners to go through the license application process, which he says takes less than a day.

(Because these licenses have expired, they need to renew them. The firearms they posses now are not registered so they are illegal firearms. They need to deposit these guns with the nearest police stations or the FEO until they’ve renewed their licenses.)

The FEO, said Siervo, is able to process at least 300,000 licenses annually.

Firearms owners can apply at the FEO inside Camp Crame in Quezon City or the trial FEO “satellite” officer in Davao City. Another office is set to be open in Cebu City. – Rappler.com