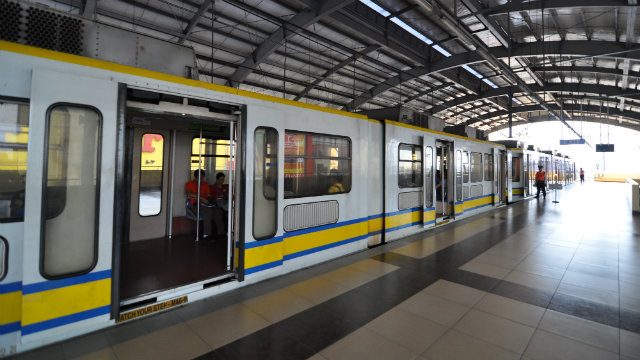 MANILA, Philippines – After a video went viral showing rainwater leaking from the roof of a Light Rail Transit (LRT) 1 train, officials have applied sealants and are currently repairing other trains to avoid a similar incident.

A video posted last week showed passengers struggling to keep dry as water gushed from the ceiling of an LRT coach. The video was taken as heavy rains brought by Typhoon Falcon lashed the metro.

Light Rail Transit Authority (LRTA) spokesman Hernando Cabrera said on Monday, July 13, that the leak has been plugged with sealant.

He also explained that the leaks were caused by corrosion on parts of the roof. The train, a first-generation model that is now 30 years old, will also need to undergo rehabilitation.

Cabrera added that 10 LRT trains have been repaired since July 7, with 3 more set to undergo similar repairs.

He also assured passengers that the leaks do not affect the power cables that run the trains.

Meanwhile, the Light Rail Manila consortium – the tandem of infrastructure giant Metro Pacific Investments Corporation (MPIC) and conglomerate Ayala Corporation – is set to take over the operations of the existing LRT1 system and complete the LRT1 Cavite extension project. – Rappler.com