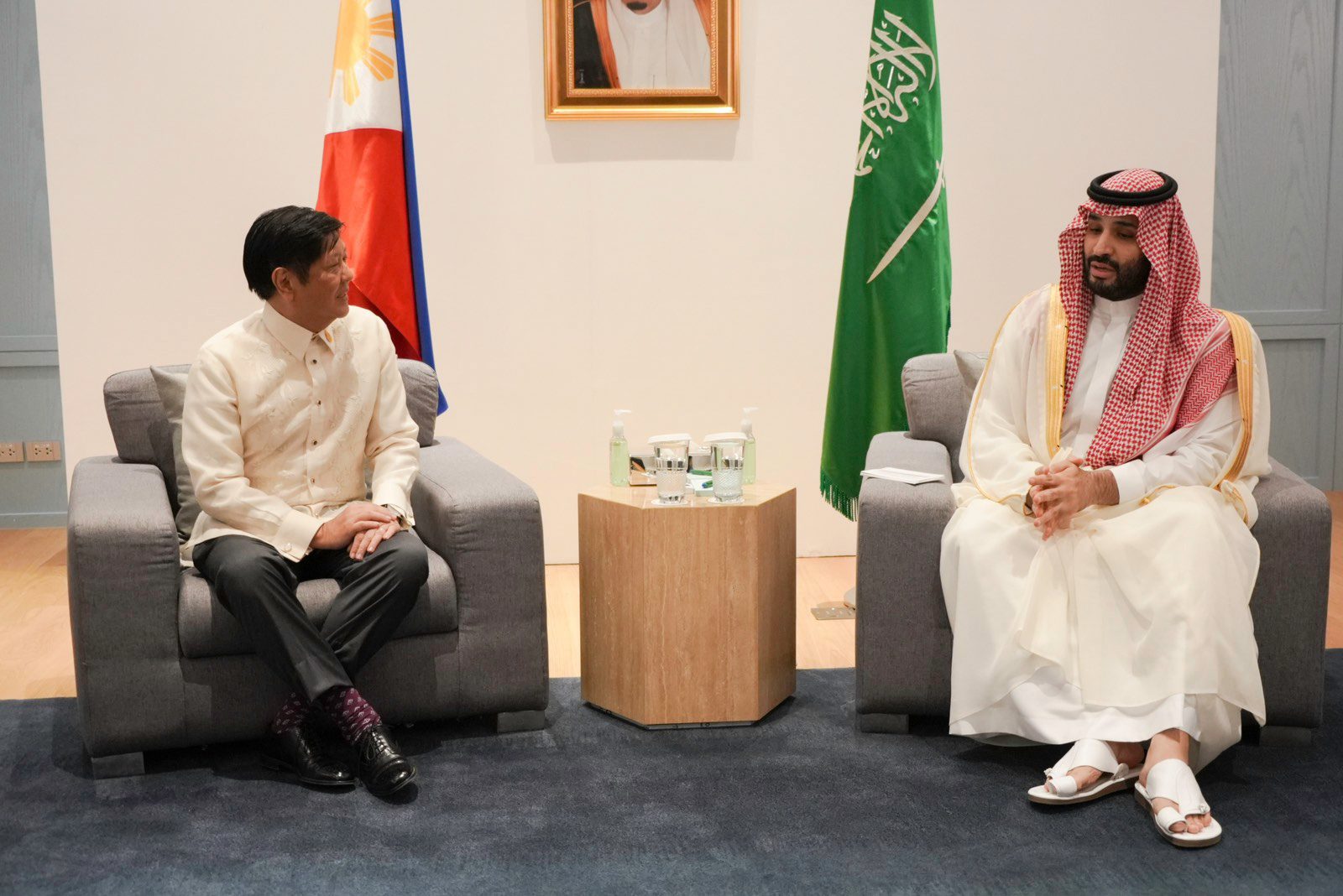 BANGKOK, Thailand – In President Ferdinand Marcos Jr.’s first meeting with a Middle Eastern head of state, and in the middle of a global oil crisis, it wasn’t the country’s oil supply that made up “most” of the discussion. It was the Philippines’ biggest export: its labor force.

“The Crown Prince, Prime Minister went on to talk about the plans of Saudi Arabia to expand its economy and I went back, I said that after the 1973 oil crisis, the building boom of Saudi Arabia was the one instigated the new surge of OFWs and he immediately stopped me and he said that’s not a building boom, the one that’s coming is the building boom, that’s nothing compared to what we are going to do, so we will need more workers, and so that’s another opportunity for us,” Marcos told media on Saturday, November 19, recalling his bilateral meeting with Mohammed bin Salman, who is crown prince and prime minister of oil-rich Saudi.

Enthusiasm over labor exports is at least one more thing the current president shares with his namesake and father, the late dictator. It was in the 70s, during the first President Ferdinand Marcos’ presidency, that the labor export program came into being.

Back then, highly skilled and high educated Filipinos were finding it harder and harder to find work at home. The economy in the Philippines was facing hard times and Martial Law had been placed over the country, curtailing civic and human rights.

In 1975, the older Marcos implemented what he called “Development Diplomacy,” leading to a rise in Filipinos going to the Middle East for work.

Exporting labor solved domestic job creation woes while generating revenue via remittances from overseas. But it also meant young Filipinos growing up without their parents and families being forced apart because of migration that, for many, was not by choice but because of the lack of it.

Marcos had said before winning the 2022 elections that he wanted to reintroduce the “old system” of retraining returning Overseas Filipino Workers (OFWs) should they plan on securing new contracts abroad, and of pinpointing what type of labor is needed the most overseas.

Marcos said oil was part of the discussion with Bin Salman, but just a “little bit.” Marcos reminded him that in the 70’s, it was the younger Marcos who was his father’s envoy of sorts to Saudi’s oil minister.

During that November 17, Bin Salman presented Marcos with a “gift:” a pledge to pay Filipino construction workers who were left without salaries when they companies were bankrupt in 2015 and 2016. Bin Salman told the Philippines he has allocated 2 billion Riyals or over P30.5 billion to pay these workers.

But if Bin Salman’s plans for a “building boom” in Saudi push through, he could very well be hoping for more Filipinos to move to Saudi for construction work.

The Philippines only recently lifted a ban on the deployment of Filipino workers to Saudi, afte the Middle Eastern country created additional safeguards for workers, including the creation of an insurance fund that ensures workers of pay even if companies go bankrupt, and allowing workers to switch employers in cases of abuse.

Saudi has been a top destination of Filipinos seeking opportunities abroad. According to Philippine government data, over 189,000 Filipinos were working in Saudi before COVID-19 forced the world to shut down its economy and close down country borders. – Rappler.com