WAR AFTERMATH. The Grand Mosque of Marawi City was mostly spared by the fightings between government soldiers and terrorist groups Abu Sayyaf and Maute Group during the five-month Marawi Siege.

MANILA, Philippines – The Senate gave its final approval to the bill providing monetary compensation for residents who lost properties and were displaced by the months-long war in Marawi City,

Voting 23-0-0, senators passed Senate Bill (SB) 2420 on third and final reading on Monday, January 31, about four months since the House of Representatives passed its own version of the measure.

Officials of the Bangsamoro Autonomous Region in Muslim Mindanao and advocates have since called on the Senate to approve the measure, citing the “agonizing wait” of thousands of Maranaos displaced by the war in 2017.

The Senate and the House will first have to convene a bicameral conference committee to settle conflicting provisions in their respective versions of the Marawi compensation bill before President Rodrigo Duterte can sign it into law.

One chamber may also just opt to adopt the other’s version to expedite the signing.

If passed into law, the SB 2420 would grant tax-free monetary compensation to owners of residential, cultural, or commercial structures within the Most Affected Areas (MAA) and Other Affected Areas (OAA) in Marawi.

Private property owners of structures that were demolished during the rehabilitation of Marawi would also be qualified to receive compensation.

The Marawi Compensation Board would be created, tasked to determine the compensation amount to be based on whichever is lower between the two: the fair market value of the property or the value of its total area per storey equivalent to an amount to be determined in the implementing rules and regulations of the bill.

The board would have nine members, including at least three members of the Philippine Bar, preferably Maranaos who have been practicing law for five years or more. The board would also have one licensed physician, one certified public accountant, one educator, and one licensed civil engineer. 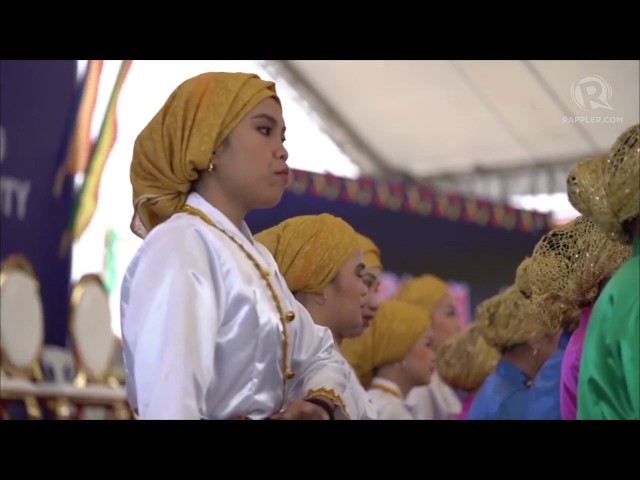 The Marawi compensation bill covers properties in the 24 barangays inside the MAA, namely:

Owners of properties destroyed in these eight barangays within the OAA are also covered by the bill:

Senate finance committee chairman Sonny Angara, who sponsored the measure, said the approval of SB 2420 is a “decisive step” towards ensuring the people of Marawi “will never need to beat their ploughshares back into swords or guns.”

“Marawi’s streets may be empty, but in due time it will be filled with life and laughter once again. From its rubble, not only will new homes and buildings arise, but new hopes, dreams and aspirations,” Angara said.

Thousands of Marawi residents have been displaced by the months-long war that erupted on May 23, 2017 between government troops and the homegrown terrorists from the Maute Group and a faction of the Abu Sayyaf group.

The city remains in shambles, as the government began rehabilitating the main battle area only in October 2018. A United Nations report in May 2020 said more than 120,000 residents still live in temporary shelters that dot the outskirts of Marawi City. – Rappler.com