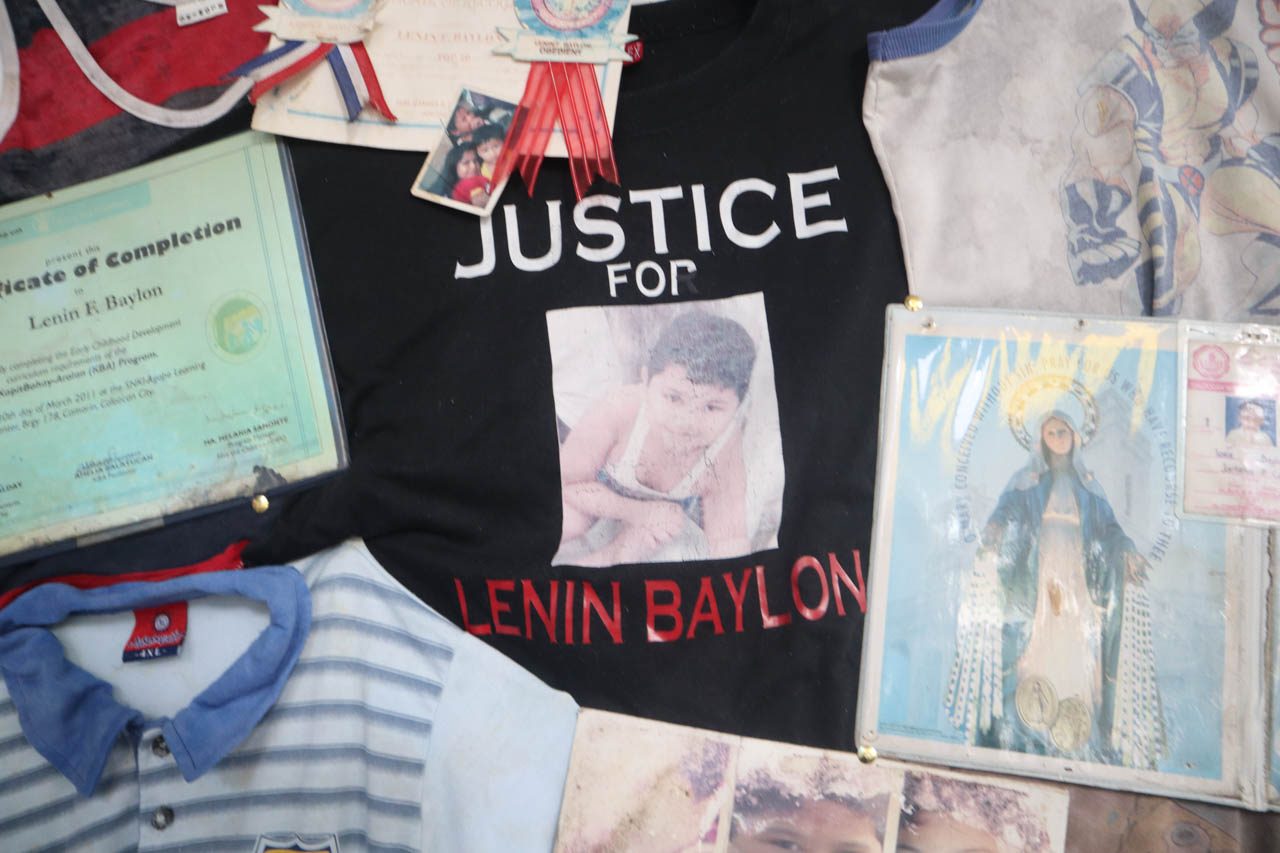 VICTIM. A spread of items calling for the justice of Lenin Baylon, the 9-year-old who was killed by a stray bullet of vigilantes during the early days of Rodrigo Duterte's drug war. Rambo Talabong/Rappler

Facebook Twitter Copy URL
Copied
(1ST UPDATE) The death certificate says Lenin Baylon died of bronchopneumonia. The Court of Appeals says it was a bullet from a gun fired by a vigilante which ended the young boy's life.

MANILA, Philippines – After years of court battles, victory came to a family victimized by the Philippine drug war – the correction of a death certificate that wrongly said their boy’s demise was natural even though the truth was he died from a vigilante’s bullet.

The victim was Lenin Baylon, almost 10 years old and a resident of an impoverished neighborhood in Camarin, Caloocan City. 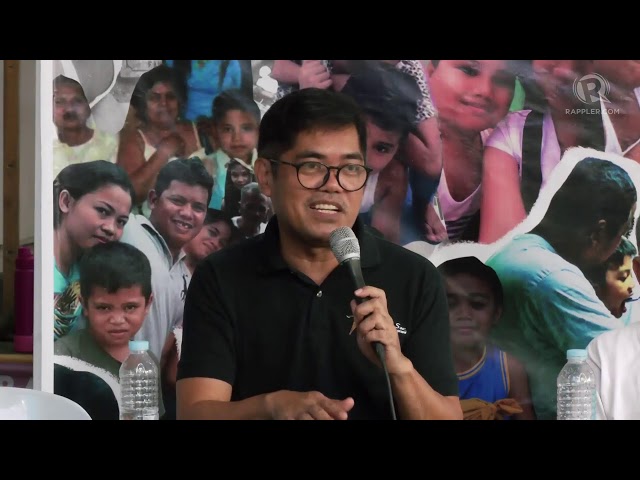 On the night of December 2, 2016, Lenin was inside a computer shop when gun-toting, motorcycle-riding vigilantes drove by and shot two women suspected of using drugs. During the encounter, Lenin was felled by a stray bullet. Lenin died 3 days from before his tenth birthday.

At the Three Lights Funeral Homes, Lenin’s family was told that in order to declare in his death certificate that the boy died from a bullet, they needed to cough up at least P16,000 for an autopsy. The funeral parlor insisted on this autopsy fee even though it was in plain sight that a bullet pierced Lenin’s chest.

There was no way they could raise that amount to pay for the autopsy. Lenin’s family decided to skip the procedure. The funeral parlor labeled Lenin’s cause of death as “bronco pneumonia (sic)” and told the family to sign a waiver that they agreed to do without the autopsy. The funeral insisted on the waiver as a safeguard against possible legal complaints in the future.  (READ: Families of Duterte drug war victims forced to lie about kin’s death)

The Baylon family claimed that police from Caloocan compelled them to sign the waiver and forgo the autopsy.

In 2019, the Baylon family decided to correct Lenin’s death certificate.

With the help of Initiatives for Dialogue and Empowerment through Alternative Legal Services (IDEALS) – a group of human rights lawyers – Lenin’s family filed a petition to correct his death certificate with the Caloocan Regional Trial Court.

IDEALs and the Baylons presented the police report indicating Lenin’s death by gunshot wound, a medico-legal report, and witnesses to seek the correction, but the Caloocan RTC junked their call in August 2020, saying the petition needed a medico-legal expert’s testimony. The Baylons filed a motion for reconsideration, but the RTC upheld its earlier decision.

The Baylons then sought to overturn the Caloocan RTC’s decision with the Court of Appeals. Their case was taken up by the CA’s 4th Division.

On November 15, 2022, the CA said: The Baylon family did not need a medico-legal expert’s testimony to correct Lenin’s death certificate.

“Matter of factly, we find that the appellant was able to prove with preponderance of evidence that indeed, Lenin died due to a gunshot wound (on his right chest near his armpit) even in the absence of a post mortem examination,” the CA said in its decision, penned by Associate Justice Roberto Quiroz.

The Baylon family’s victory is a landmark case in at least two aspects.

First, it is the earliest reported correction of a death certificate of a victim killed during President Rodrigo Duterte’s anti-drug campaign.

The successful petition is seen as a precedent and opens a path for other victims of wrongfully recorded deaths to finally have their documents corrected.

Second, the Baylon family’s victory sends a resounding message to other families compelled to lie about their kin’s death. That is, that a correction is possible.

The group IDEALS told Rappler that with the Duterte administration over, they were hoping that more families would come forward to file petitions to correct the death certificates of their relatives.

Various media outlets like Rappler have reported on cases of forged death certificates. Many of the families were unaware of how to correct the death records of their kins who were summarily killed. Many more found the process too daunting, expressing little hope in the country’s justice system.

The correction of Lenin Baylon’s death certificate, IDEALS lawyers said, was the “first step” in the Baylon family’s quest for justice. They hope to go after for the funeral parlor staffers and the police officers who pushed Lenin’s family to lie about the young boy’s death.

For Rodrigo Baylon, Lenin’s father, it was a victory, albeit a small one.

“This is a small victory for the people. We need answers as to why did things like this happen when a war on drugs was declared? It means that the people should have been protected when something like this was declared,” Rodrigo Baylon said in Filipino. – Rappler.com