Facebook Twitter Copy URL
Copied
'A vote to grant a Certificate of Proclamation is a betrayal of the Constitution and the duty imposed upon us as constitutional commissioners,' says Comelec Commissioner Rowena Guanzon

Commission on Elections (Comelec) Commissioner Rowena Guanzon was again a dissenter in the poll body’s decision to grant the embattled Duterte Youth a certificate of proclamation in the 2019 midterm elections.

In a strongly-worded dissenting opinion, Guanzon, an independent voice, warned the poll body’s recent decision to proclaim Duterte Youth nominee Ducielle Cardema as representative for the group in Congress would be a “betrayal of the Constitution.”

Comelec Chair Sheriff Abas earlier told lawmakers that the poll body’s en banc had already voted on the matter and was only waiting for a signed resolution before proclaiming Cardema the representative in Congress.

But Guanzon said Cardema’s proclamation could not be considered a “matter of course” after the group’s previous first nominee and Ducielle’s husband, Ronald Cardema, canceled his certificate of nomination. (Ronald Cardema had also been deemed ineligible to sit in the House of Representatives after he was found to reach the age limit for youth representative.)

Why so? Guanzon reminded the poll body that both Ducielle Cardema and Duterte Youth still faced legal challenges that have yet to be resolved by the Comelec. These include two separate petitions to disqualify Cardema and cancel the group’s registration – issues that, according to Guanzon, were “constitutional and threshold matters.”

“I cannot shirk from my duty to the Constitution. I cannot abide by any waiver of a constitutional requirement and the law for the sake of expediency,” Guanzon said.

Guanzon also had this to say of her colleagues’ decision: “A vote to grant a Certificate of Proclamation is a betrayal of the Constitution and the duty imposed upon us as constitutional commissioners.”

Only when there are no more legal impediments or grounds to suspend the proclamation of Duterte Youth could the Comelec issue the group and its nominee a certificate of proclamation, she added. What the Constitution requires

In her dissent, Guanzon hinted at her stand on a petition to cancel or declare void ab initio Duterte Youth’s registration as a party-list group in the 2019 elections.

The petition was filed with the poll body in September 2019 by youth leaders who were backed by election lawyers and former poll chair Sixto Brillantes Jr. The election experts fiercely opposed Duterte Youth’s congressional bid, stressing that the group failed to complete the requirements to become a registered party.

One of these requirements was the sufficient publication of Duterte Youth’s petition for registration as mandated by the Constitution. The necessity of prior publication was reiterated in Republic Act No. 7941 or the Party-List System Act and the Comelec’s own rules in Section 9, Rule 1 of its Resolution No. 9366. “The publication of the petition is a veritable notice to the whole world of the party’s intent to participate in the party-list system of representation. The right to public information is here satisfied because it affords the electorate the opportunity to be informed of and examine the nature and identity of the petitioning party…and thus truly be cognizant of the parties in whose favor they may cast their votes in the elections,” she said.

Guanzon pointed out Duterte Youth did not submit any contrary evidence to dispute the factual allegation.

More than this, the commissioner said that the Comelec’s own records on Duterte Youth’s petition for registration “incontrovertibly show that no such publication was indeed made prior to the registration of the party.”

Without meeting this constitutional requirement, Guanzon said the Comelec likewise does not have the power to register a party list group.

“Without compliance with the publication requirement, any grant of registration is void. It is in fact unconstitutional,” she said.

Electoral victory not a cure

Duterte Youth garnered enough votes to win it one seat in the 18th Congress. Yet Guanzon said this alone cannot make up for the fact that the group failed to meet registration requirements.

“No amount of votes cast in favor of the party can cure the vice of ineligibility owing to its void registration,” Guanzon said. 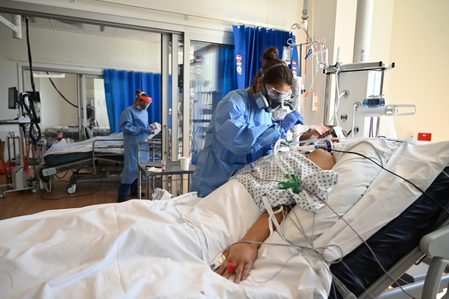 The commissioner stressed that the “Constitution remains supreme.”

If Duterte Youth’s registration were to be declared void for its non-compliance with registration requirements, Guanzon said it would follow that Cardema would be deemed to have an invalid nomination.

“This is because the party-list that nominated her had no competence to do so. In simple terms, the water cannot rise higher than its source,” she said.

Granting a certificate of proclamation to Duterte Youth could thus clash with the Comelec’s decision to declare the group’s registration as void. In this case, Ducielle Cardema would become a sitting nominee “without a legitimate nominating party, or a sitting party-list representative without a party-list.”

Considering these challenges, Guanzon said the Comelec cannot “causally brush off” and ignore these fundamental issues as it would “render itself inutile and deny itself the power to rule on Ducielle Cardema’s disqualification.”

“This the Commission cannot do if it is to remain faithful to its sworn duty under the Constitution. As the constitutional organ entrusted with the gargantuan task to enforce and implement election laws and rules, this Commission bears the sacred burden of ensuring that only those who are duly elected – qualified and eligible…– can truly hold power and assume office,” she said.