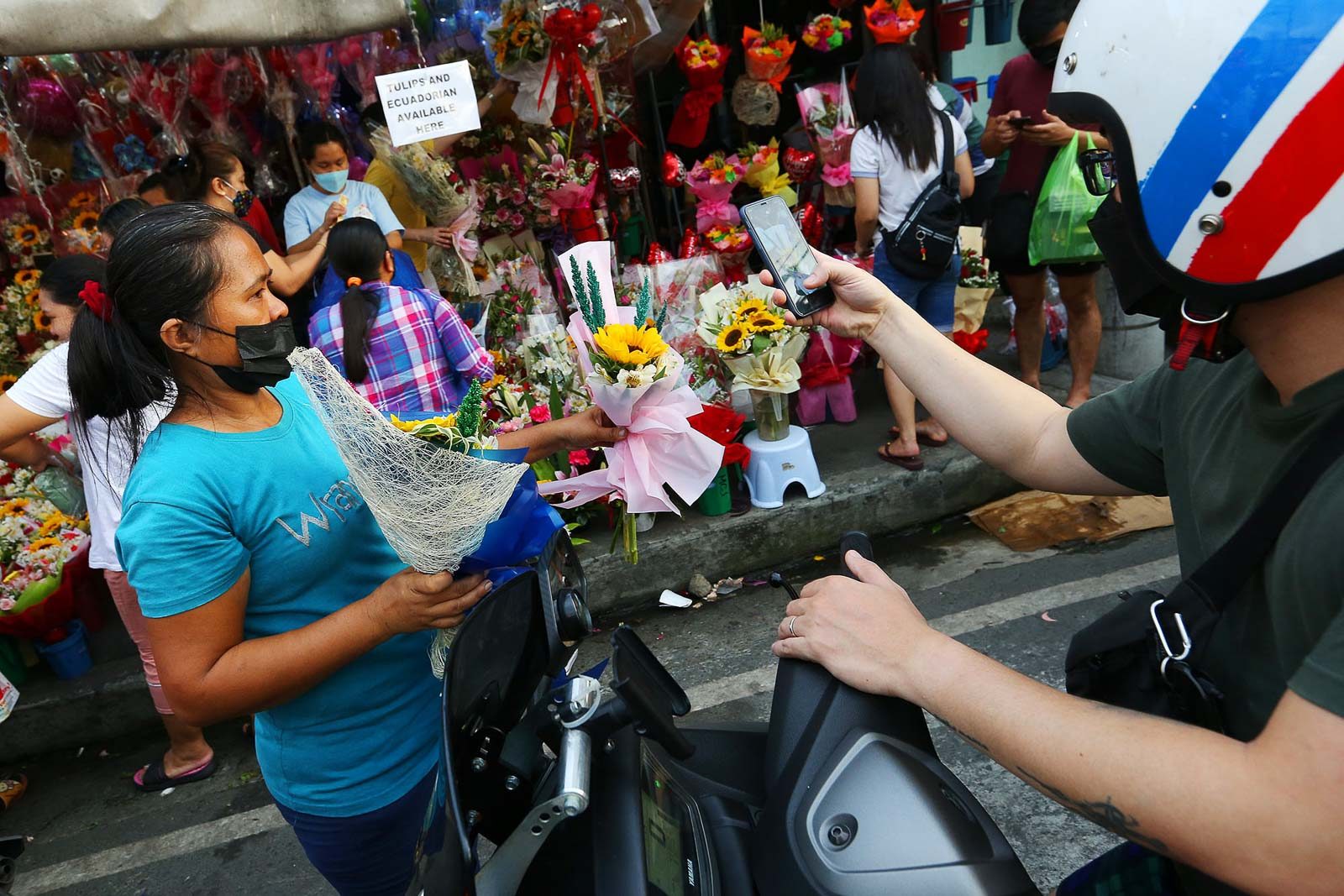 PANDEMIC? A person dressed in Cupid costume entertains shoppers at the Dangwa flower market in Manila on the eve of Valentine's Day.

Facebook Twitter Copy URL
Copied
The total number of active cases, or those currently sick, stands at 76,609, the lowest since January 6

MANILA, Philippines – For one week straight, daily COVID-19 cases in the Philippines dipped below 5,000 after the Department of Health (DOH) reported 2,730 new infections on Monday, February 14.

Below are the dates when cases dipped below 5,000.

The total number of active cases, or those currently sick, stands at 76,609, the lowest since January 6, when 56,561 were reported.

The DOH reported in is bulleting a positivity rate of 10.7% out of 28,620 tests. These positive cases were added to the tally of confirmed cases only after further validation. This process helped ensure cases would not be recorded in duplicate, and that all test results had been submitted, explained the department.

The DOH said all testing hubs were not operational on Saturday, February 12, while two laboratories were unable to submit their data on time. The cases reflected in the bulletin were based on tests conducted two days ago.

Though cases have been declining for the past days, daily infections are still higher than what’s being reported before the Omicron surge happened. On Monday, Malacañang announced that Metro Manila will remain on Alert Level 2, the second-lowest alert level for COVID-19, until February 28. – Rappler.com