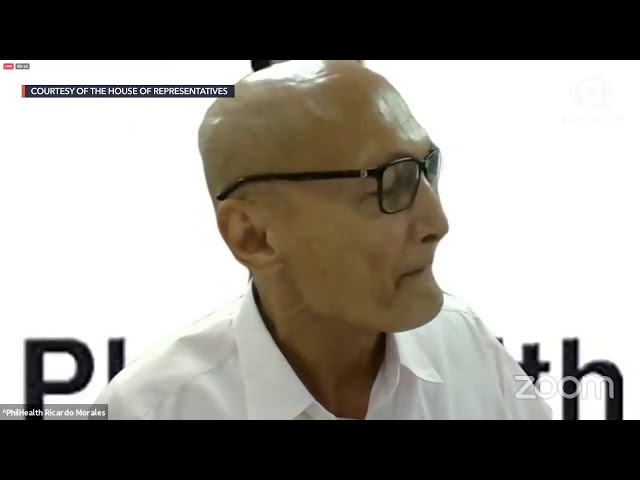 Lawmakers urged the Philippine Health Insurance Corporation (PhilHealth) to scrap its all case rate system, which they claimed to be the root cause of corruption at the state health insurer, costing the government P102 billion in overpayments.

House committee on public accounts chairperson Mike Defensor raised red flags over the overpayments in the all case rate system as his panel launched its own probe into the fresh anomalies hounding PhilHealth on Wednesday, August 5.

The case rate is a fixed amount that PhilHealth will reimburse for a specific illness, including payments for healthcare professionals and use of medical facilities. PhilHealth began implementing case rate packages in 2011, during the presidency of Benigno “Noynoy” Aquino III.

Before this, PhiHealth had a fee-for-service system, wherein medical facilities are paid based on the specific service performed for the patient.

Defensor told PhilHealth chair Ricardo Morales that corruption will persist because the system forces the state health insurer to pay a specific amount, even if the patient’s medical expenses are much lower than that.

(Even if you computerize your system, you will just end up computerizing corruption inside PhilHealth. That’s because full payment is made based on the case rate instead the actual amount spent by the patient.)

Citing records from the Commission on Audit (COA), Defensor said PhilHealth ended up losing around P102 billion from 2013 to 2018 due to overpayments in the case rate packages.

“Tinataya po na P153 billion magmula 2013 nang magsimula ang case rate, to 2018, ang nawalang pondo sa PhilHealth. So 20% po based sa COA AOM (audit observation memorandum), ang overpayment sa claims ay P102 billion (PhilHealth lost around P153 billion from when the case rate was started in 2013 to 2018 due to overpayments. So if we compute this based on the 20% stated in the COA AOM, the overpayment in claims is at P102 billion),” Defensor said.

(And I’m sorry, president Morales, because I’m already telling you, this is not your fault. This was launched under former president Noynoy Aquino. So now under the time of President Duterte, we need to stop this. We have to stop this so this problem will not continue anymore.)

Still, the PhilHealth chief defended their case rate system during the hearing, saying the funds that are not spent by one qualified patient is then transferred to another patient whose medical expenses go beyond the amount set by PhilHealth.

(There are cases when the amount is higher than the case rate. In one hospital, if there are two patients with different expenses incurred, according to the logic behind the case rate system, the payments for them should just be equal…. So the insufficient amount in the case of one patient can be offset from [the excess of] other patients.)

Morales then said this was why PhilHealth is moving to change its case rate packages to a global budget system. Under this new system, healthcare providers in different localities will receive funds from PhilHealth and it will now be up to them to manage these finances for PhilHealth beneficiaries.

(Under the universal healthcare law, we are moving towards a global budget, wherein the funds are given in advance to healthcare provider networks in LGUs, in the provinces, so they will be the ones to manage the money. That’s our long term answer to the problem of case rates not matching actual expenses.)

PhilHealth finds itself in yet another corruption scandal after a Senate hearing revealed millions of pesos in questionable procurements for information and communications technology equipment. (READ: PhilHealth’s proposed ICT budget bloated by P734 million, says official)

Despite the latest corruption allegations, PhilHealth officials claimed the state insurer will go bankrupt by 2022 if it does not receive more government subsidy to address the effects of the coronavirus pandemic.

Senate President Pro Tempore Ralph Recto and Marikina City 2nd District Representative Stella Quimbo disagreed, however, arguing that this could not be true since PhilHealth has more than P110 billion in retained earnings or equity. – Rappler.com