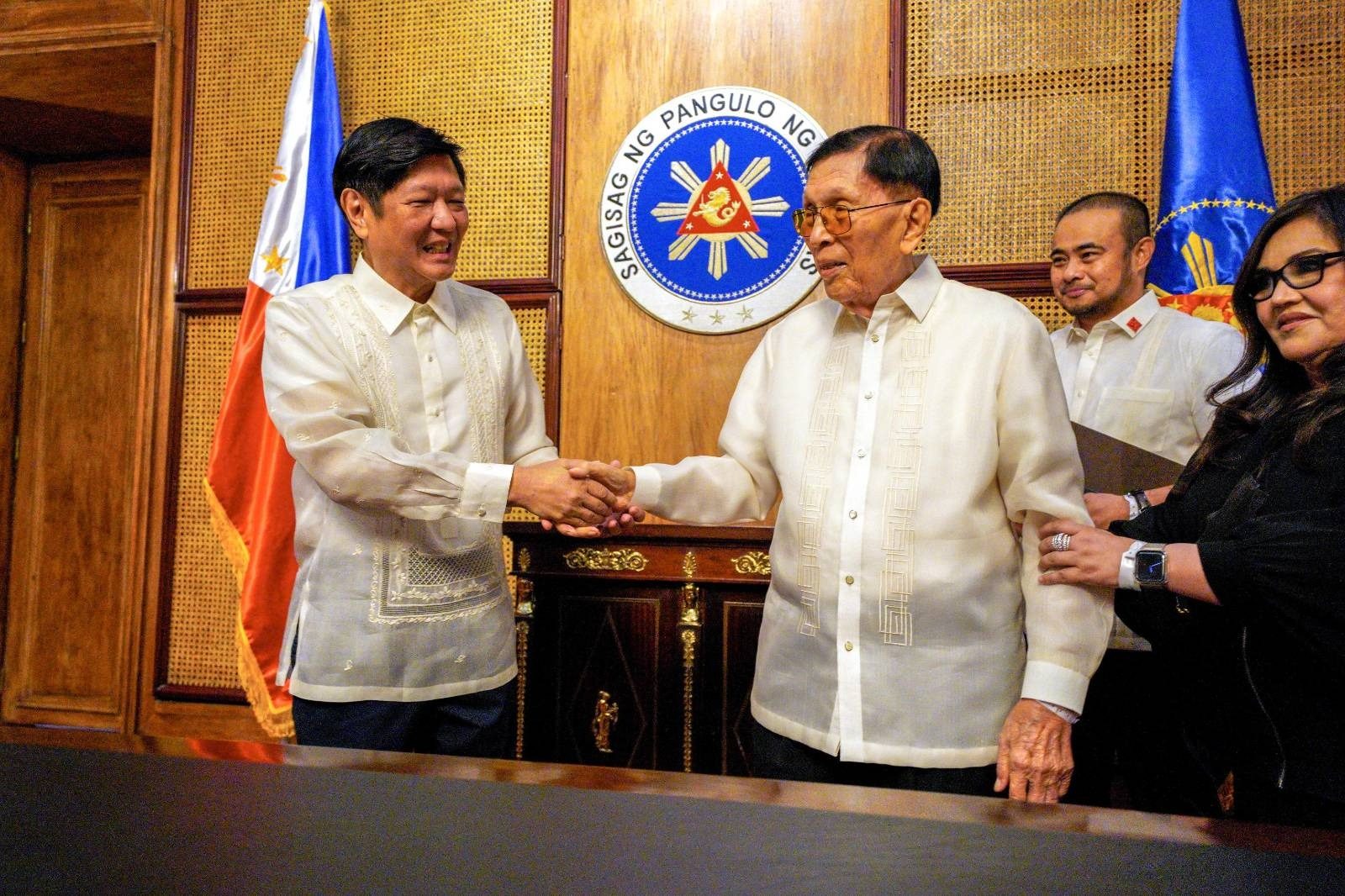 Facebook Twitter Copy URL
Copied
(1st UPDATE) 'Was he an official, a consultant, an adviser, a factotum of some sort of MMDA?' says Chief Presidential Legal Counsel Juan Ponce Enrile

MANILA, Philippines – “Be careful! The public is watching.”

“What was Mike Defensor doing in that picture of the official function of Metro Manila Development Authority that was published in social media? Was he an official, a consultant, an adviser, a factotum of some sort of MMDA? He was a candidate and loser in the last election, wasn’t he? What was he in that picture? The boss of MMDA?” said Enrile in a post on his official Facebook page.

The MMDA is an agency tasked with providing services that affect the entire National Capital Region, particularly those that would be difficult for the different cities of Metro Manila to fund individually or jointly. Its tasks include traffic management, waste disposal, and flood control, among other things.

Defensor, as losing mayoral bet, is barred from being appointed to any government office, or government-owned or controlled corporations within one year of the May 9, 2022 elections.

Defensor was a staunch supporter of the tandem of President Ferdinand Marcos Jr. and Vice President Sara Duterte in the 2022 polls.

Enrile, a former legislator who is now Marcos’ chief legal adviser, warned against “carelessly showing an arrogance of power in our behavior as public persons” especially for people with close ties to the President.

He added in a separate post, “Being the Legal Counsel of the President, I think I have a legal and moral duty to protect him from those who tend to take undue advantage of his kindness and their seeming closeness to him.”

Enrile also warned that if people continued to “take undue advantage” of the President, they would “be clashing with my office.”

“Stop it!!!! If you are authorized by the President, say so. And I will abide by the decision of the President. Otherwise, we will clash,” he added.

Prior to running for Quezon City mayor, Defensor was the Anakalusugan representative.

Carlo Dimayuga III is acting chairman of the MMDA.

Dimayuga, speaking to media on August 11, said Defensor was a “good friend” and that he asked the former legislator for “advice.”

Defensor, in a statement to media, said he was there to give Dimayuga advice and that he had explained as much to “Manong Johnny,” referring to Enrile.

Press Secretary Trixie Cruz-Angeles, in a Malacañang press briefing on August 11, downplayed Defensor’s presence and said that it was merely a “social call.” – Rappler.com