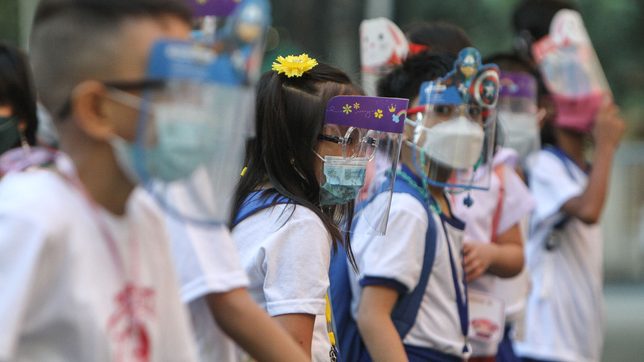 PILOT RUN. Sixty students from Kinder to Grade 3 attend the pilot test of face-to-face classes at Aurora A. Quezon Elementary School in Manila on December 6.

Facebook Twitter Copy URL
Copied
The Department of Education initially set the last day of the pilot run on January 31, 2022

The Department of Education (DepEd) said the pilot run of limited face-to-face classes in the country will conclude by the end of December so health officials can assess whether the agency could already start the expansion phase.

Education Secretary Leonor Briones made the announcement at the Bayanihan Bakunahan culmination activity in Mandaluyong on Thursday, December 9.

(We’re going to end this pilot run by December so we could already do our assessment. But it has been very successful so far.)

The DepEd earlier scheduled the end of the pilot run on January 31, 2022. Some senators, however, had urged the department to shorten its timetable as they were worried DepEd’s timeline would prolong school closure.

“We are optimistic that we could start the expansion phase by January. That’s when we’re going to consider the other grade levels to be included, not anymore on the pilot but really on the limited face-to-face classes,” he said.

The pilot run of limited face-to-face classes include only the following grade levels:

The DepEd prioritized Kindergarten and Grades 1 to 3 because students in these levels are in their formative years and they need more guidance from their teachers. Senior high school students were also chosen because some of their subjects require “hands-on” training.

To date, Garma said some 272 schools in the country have joined the pilot run of face-to-face classes, which started on November 15.

In a Rappler Talk interview October 21, Garma said that the “new normal” in education would not be a “purely classroom setup,” saying that it would be a combination of the school-based and home-based. 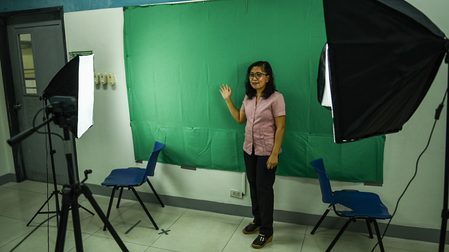 The Philippine government’s pandemic response has long been under fire, with critics saying the school closure in the country reflected misplaced priorities and failed management of the health crisis. – Rappler.com