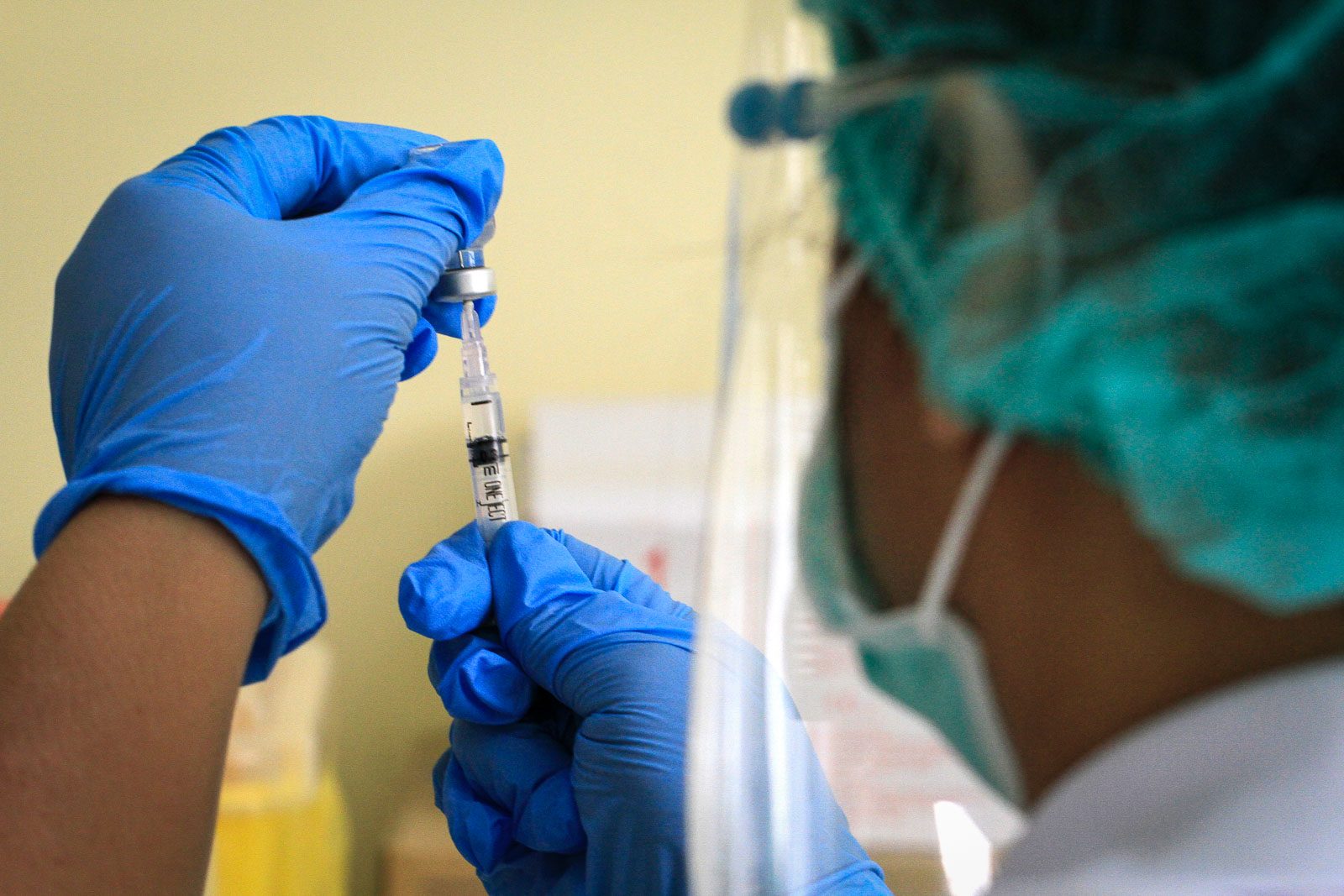 FOILED DEAL? In this file photo, minors with comorbidities receive jabs during the launch of the pediatric vaccination against COVID-19 at the TB Pavillion in Barangay Sambag 2, Cebu City, on October 29, 2021.

The Philippine government has dropped the ball again, said Foreign Affairs Secretary Teodoro Locsin Jr., but this time, on a deal that involved syringes that are currently on a shortage globally.

“We dropped the ball again; this time, offer of 50 million syringes,” Locsin said in a tweet on Saturday, December 11.

“Discussed the need in Washington DC and got a response. [I] prepared to go into details with [Philippine] agencies, but they refused to discuss the ball, let alone catch it. First Pfizer, then Moderna. Ok, I see the pattern,” he said.

He did not discuss further details nor reply to questions about his tweet.

In November, the World Health Organization already warned that there could be a shortfall of 1 to 2 billion syringes in 2022, which could “paralyze” nations’ vaccination progress.

The Philippine government had to adjust its target for the three-day national vaccination drive to 9 million from the earlier 15 million in November, in part due to a shortage in syringes – particularly those for Pfizer doses that require a volume of 0.3 milliliter.

The National Task Force Against COVID-19 has also said that scheduled shipments had been delayed due to the global shortage.

Locsin also appeared to fault Philippine government agencies in his tweet, alluding to a “pattern” of dropping the ball.

In December 2020, Locsin said that “somebody” in government “dropped the ball” on getting 10 million doses of Pfizer at a time when the Philippines struggled to secure enough doses of COVID-19 vaccines. Critics then faulted Health Secretary Francisco Duque, saying the Philippines could have gotten Pfizer vaccines “as early as January.” Manila first received its Pfizer vaccines in May.