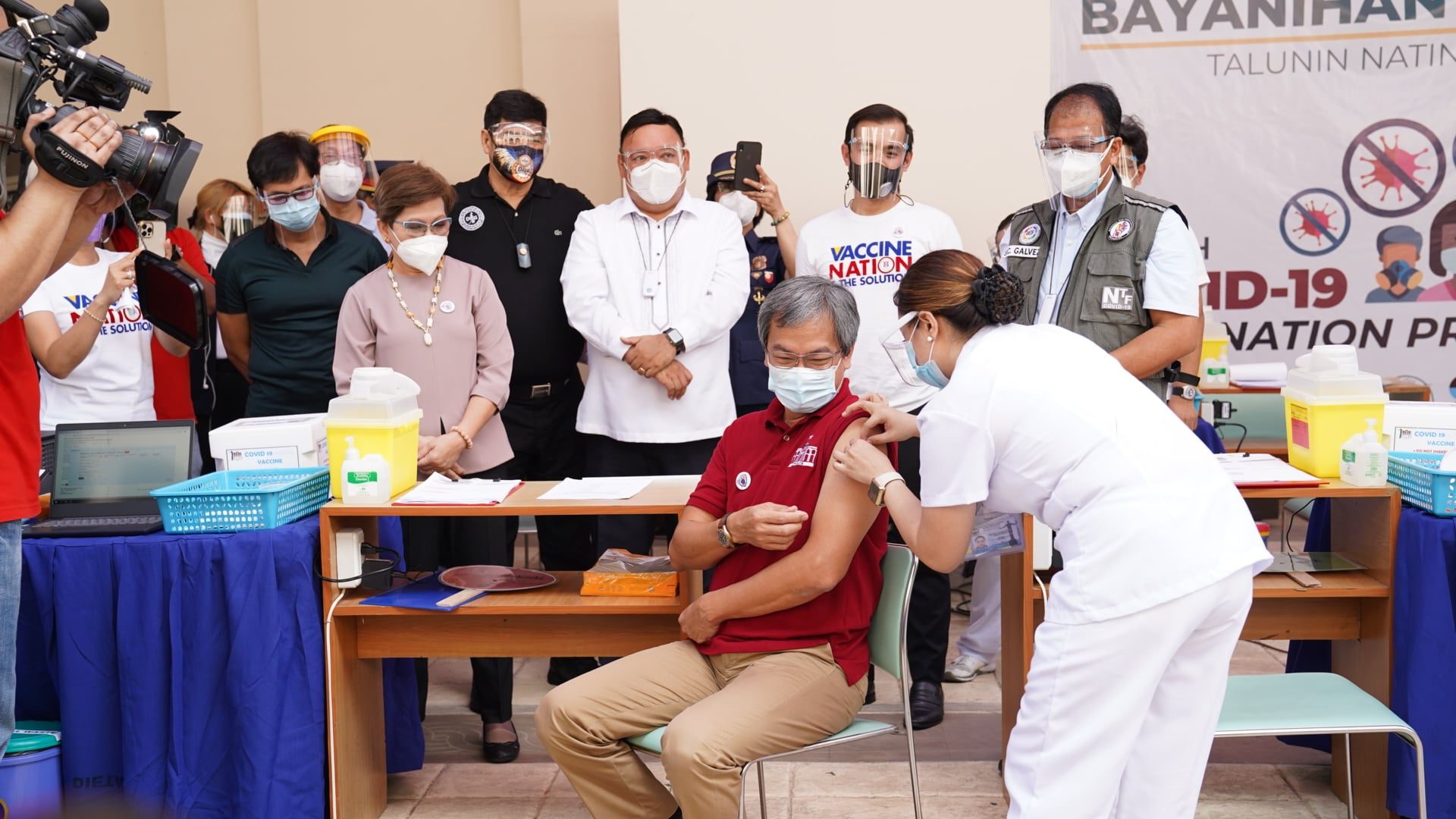 Facebook Twitter Copy URL
Copied
(3rd UPDATE) Dr. Gerardo Legaspi, director of the University of the Philippines-Philippine General Hospital, is the first to get the vaccine

Editor’s Note: The nurse who administered the first shot to Dr Gerardo Legaspi is Charleuck Santos, not Sherlock Cruz. Cruz was the name provided by the Philippine Information Agency, and was corrected by the Department of Health.

The Philippine government on Monday, March 1, started distributing the first shots of a coronavirus vaccine, setting off an unprecedented and ambitious effort to inoculate at least 50 million people by the end of 2021.

At 9:40 am, the first COVID-19 vaccine in the country was legally administered by nurse Charleuck Santos to Dr. Gerardo Legaspi, director of the University of the Philippines-Philippine General Hospital (PGH), one of the few coronavirus-designated hospitals in the country. 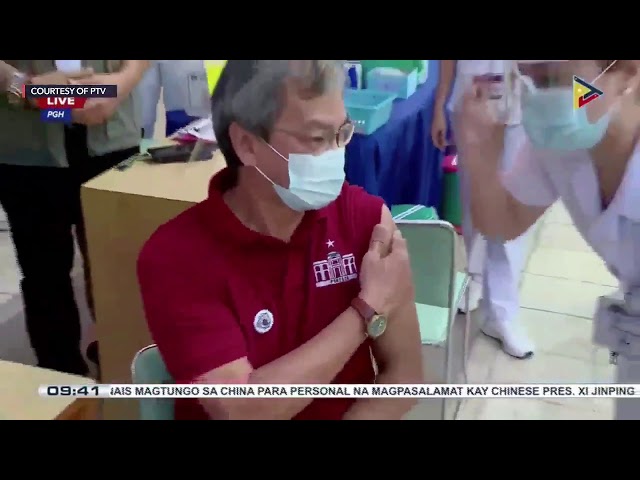 The hopeful step opens a new chapter in the Philippines’ fight against the pandemic in spaces that have catered to the sickest. The disease has so far killed over 12,300 and infected over 576,000.

Doses of Sinovac’s CoronaVac were used for the start of the Duterte government’s first rollout, after arriving in the country through a transport plane of the People’s Liberation Army of China on Sunday, February 28. The delivery of 600,000 Sinovac vaccine doses, a donation from China, was witnessed by President Rodrigo Duterte, Health Secretary Francisco Duque III, and vaccine czar Carlito Galvez Jr. 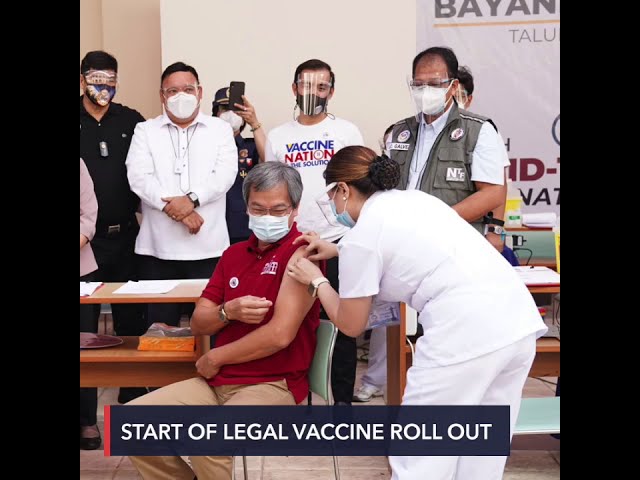 Inoculations took place after the Philippine Food and Drug Administration (FDA) issued emergency use authorization (EUA) for CoronaVac last Monday, February 22. Sinovac was the latest to be granted emergency approval in the Philippines, though its vaccine was the first to arrive after delays in paperwork stalled vaccines from the global COVAX Facility, which were initially supposed to arrive in mid-February.

Health workers were identified as the first group to receive the Sinovac vaccine, though their participation came after intense deliberation on whether to include them in the rollout. The FDA earlier said data from Phase 3 trials in Brazil, where a lower efficacy of 50.4% was observed, led experts not to recommend its use for priority groups.

But with vaccine supplies scarce and the delivery of different brands uncertain, vaccine experts decided health workers should be given the chance to receive an available vaccine since they are most exposed to COVID-19.

In the meantime, as more vaccines have yet to be delivered, those who choose not to get the Sinovac vaccine are given assurances they will not lose their place in the government’s prioritization.

At PGH, health workers were reluctant to receive the Sinovac vaccine. Days before the rollout on Saturday, February 27, the PGH Physicians Association urged officials to wait for the review of the country’s Health Technology Assessment Council (HTAC) before using donated Sinovac vaccines.

Health experts pointed out the HTAC’s review was necessary as the body “does not solely focus on cost minimization issues for the State, but also include “ethical, legal, social, and health system implications.” 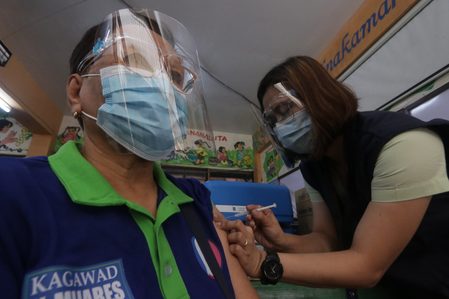 Health workers and government officials who chose to receive Sinovac’s vaccine on Monday were among the first to be legally vaccinated in the Philippines.

Last December 2020, Duterte himself revealed that members of his security aide were among the first to receive Sinopharm’s vaccine despite it lacking the required emergency authorization. (READ: 5 nagging questions the Duterte gov’t has not answered on its use of unregistered vaccines)

Along with the Presidential Security Group, former presidential special envoy Ramon Tulfo Jr. admitted to being inoculated with smuggled vaccines from Sinopharm along with other government officials in October 2020. He had also offered to supply the Sinopharm shot for President Rodrigo Duterte after the Chief Executive expressed interest in receiving the unapproved vaccines. – Rappler.com