Facebook Twitter Copy URL
Copied
The non-APOR residents outside of Metro Manila should just wait for the end of the lockdown, says PNP chief Guillermo Eleazar

Residents of Metro Manila who are not considered authorized persons outside of residence (APORs) would not be allowed to enter the National Capital Region (NCR) during the lockdown period, according to the Department of the Interior and Local Government (DILG).

DILG spokesperson Undersecretary Jonathan Malaya told Rappler on Friday, August 6, that only the APORs who have essential reasons to travel would be allowed to enter the country’s capital during the enhanced community quarantine period from August 6 to 20.

The same protocol was mentioned by Philippine National Police (PNP) chief General Guillermo Eleazar during his press conference on Friday. According to Eleazar, the trapped residents should just wait for the end of the lockdown.

Malaya explained that Metro Manila residents had one week lead time to prepare for the lockdown.

Who can cross borders?

The following are considered APORs, according to the guidelines provided by the COVID-19 Interagency Task Force: 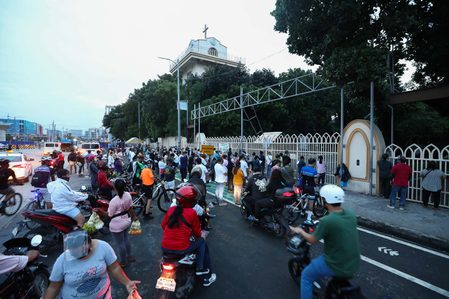 However, on Thursday, Eleazar announced that the PNP would implement “tiny bubbles” in the NCR. This meant that individual cities in Metro Manila, including Pateros, would have their own bubbles with their own set of rules.

Under the tiny bubbles rules, only working APORs or those reporting physically to their workplace and considered as essential workers, as well as individuals with other essential reasons, would be allowed to cross borders.

On August 6, during the first day of the strictest lockdown in Metro Manila, the Philippines logged 10,623 new COVID-19 cases. This is the highest number of cases since April 17.