DOH, FDA told: Make a ‘firm stand’ on ivermectin use The Quezon City government on Thursday, April 29, called on the Department of Health (DOH) and the Food and Drug Administration (FDA) to issue a “firm stand” on the use and distribution of the experimental drug ivermectin as COVID-19 treatment. 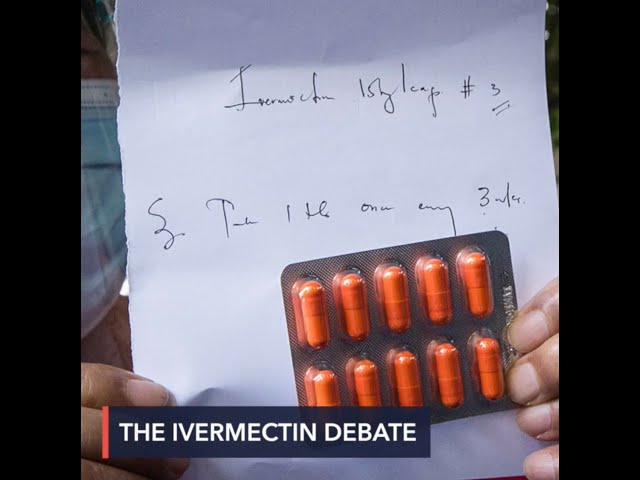 Quezon City health department officer-in-charge Esperanza Arias said that a firm position from the health regulatory agencies would “set the record straight regarding the legality and efficacy of the drug, including its distribution to the general public.”

“We were not given a go-signal by the FDA to use ivermectin as prophylaxis or cure against COVID-19 since it’s still pending further studies. Hence, we cannot use it nor endorse it,” Arias said on Thursday in a statement through the city public information office.

“But on the other hand, we cannot also stop the distribution since use of it against COVID has not been declared illegal as well,” she added.

The DOH earlier in April said that people who were dispensing ivermectin to treat COVID-19 are violating Republic Act (RA) No. 9711 or the FDA Act of 2009, as this type of ivermectin was not yet registered in the country.

In the Philippines, the only ivermectin currently allowed – and freely sold online – is for the treatment of animal intestinal parasites and ectoparasites such as fleas and mites.  For humans, ivermectin is available in the country “in topical formulations under prescription use only,” the FDA said.

The FDA allows the use of ivermectin only on two instances – if the medical facility dispensing the drug secured a compassionate special permit (CSP), or if a doctor has prescribed it and the drug is compounded by a pharmacist according to the prescription.

So far, the FDA has granted CSPs to five hospitals to use ivermectin for COVID-19 treatment. A CSP allows for the limited use of investigational drugs or unregistered drugs only in medical facilities that secured permits.

There is an ongoing public debate over the use of ivermectin to treat COVID-19 – with some doctors recommending it and patients sharing how it had been beneficial to them, while other medical experts issued a stern warning against its unproven use in treating the deadly disease.

In an April 21 opinion piece published in the Philippine Daily Inquirer, former health secretary Manuel Dayrit and two other experts – University of the Philippines Professor Emeritus Gisela Concepcion, Philippine-American Academy of Science and Engineering (PAASE) president, and Leodevico Ilag – stressed the urgency of FDA action on ivermectin amid the continued lack of consensus and “under conditions of war.”

The DOH said earlier in April that the FDA was processing an application for product registration of ivermectin for human use in the country.

Amid the debates, President Rodrigo Duterte ordered the Department of Science and Technology (DOST) and DOH to study the use of ivermectin as a possible treatment against COVID-19. He gave the order a week after the DOST itself said there was no need for local studies as there were ongoing trials abroad.

‘If no rules violated, no problem’

In an interview with ANC’s Matters of Fact on Thursday morning, FDA Director General Eric Domingo said that as long as the two lawmakers – who are not doctors or health professionals – were compliant with rules on legal ways to dispense ivermectin, “there’s no problem.”

“I believe they will be sourcing it from a licensed compounding pharmacy, and as long as they have doctors there who will take a look at the patient and will prescribe the medicine, then that’s not a problem,” Domingo said.

Domingo said that the responsibility in case patients experience adverse effects would be with the doctors who prescribed the drug.

Hours after the ivermectin distribution in Quezon City on Thursday, photos of supposedly medical prescriptions of the drug surfaced on social media. The prescriptions, however, were only written in a clean sheet of paper without the name of the physician who prescribed the drug, the license number, and professional tax receipt numbers. The laws mandate that doctors include these details in prescriptions they dispense.

The residents were also asked to sign a waiver after receiving prescriptions from the on-site doctors.

In a message to Rappler on Thursday night, Dr Tony Leachon said that “without the name of the physician, license number, then that is not a proper prescription.”

Leachon, a former adviser to the national task force on COVID-19, added that organizers of the event just wanted to make sure sure that “there is no document that can be used as evidence against them.”

The city health department also said it hoped the congressmen “would accept accountability” if the drug they distributed to Quezon City residents would cause adverse effects in the future. – Rappler.com