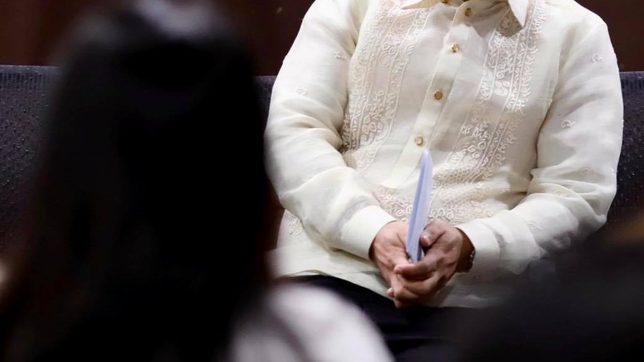 Duterte signed NPC deputy privacy commissioner John Henry Du Naga’s appointment on December 14, said Acting Presidential Spokesman and Cabinet Secretary Karlo Nograles in a statement. As stated in the Data Privacy Act, which created the NPC, Naga, as commissioner, will serve for a term of three years, which could be extended by the President.

“We wish Mr. Naga success as we are confident that his years of professional experience in the Department of Information and Communications Technology and NPC will contribute to our goal of a competitive, knowledge-based and innovative nation where the flow of information remains free while upholding people’s right to privacy and data protection,” said Nograles.

Liboro was the country’s first NPC chairman, appointed by the late President Benigno Aquino III in March 2016. When his three years was up, Duterte kept him on. Liboro’s second three-year term would have ended in March 2022, yet.

Liboro did not respond to Rappler directly when asked why he will not stay on until March 2022. Asked why he was leaving his post, he only said, “Six years is almost up.”

The NPC was created to implement the Data Privacy Act which is supposed to protect the individual personal information of citizens as they are used and stored by both government and private sector information systems.

According to the law, the Privacy Commissioner enjoys the privileges and benefits befitting a Secretary.

Naga is a Duterte appointee. He started as an assistant secretary of the DICT in September 2016. He eventually became an undersecretary and chief-of-staff of DICT Acting Secretary Eliseo Rio Jr. who helmed the department in 2018 until 2019 when Senator Gregorio Honasan was brought in by Duterte.

In the DICT, Naga was involved in several big-ticket projects like the entry of the third telecommunications player, the Common Tower Policy, and the Landing Party Agreement with Bases Conversion and Development Authority and Facebook.

In 2019, as lead of the Development and Innovations cluster, he played a key role in implementing the National Broadband Plan, National Government Portal, and the Philippine Identification System (PhilSys). – Rappler.com