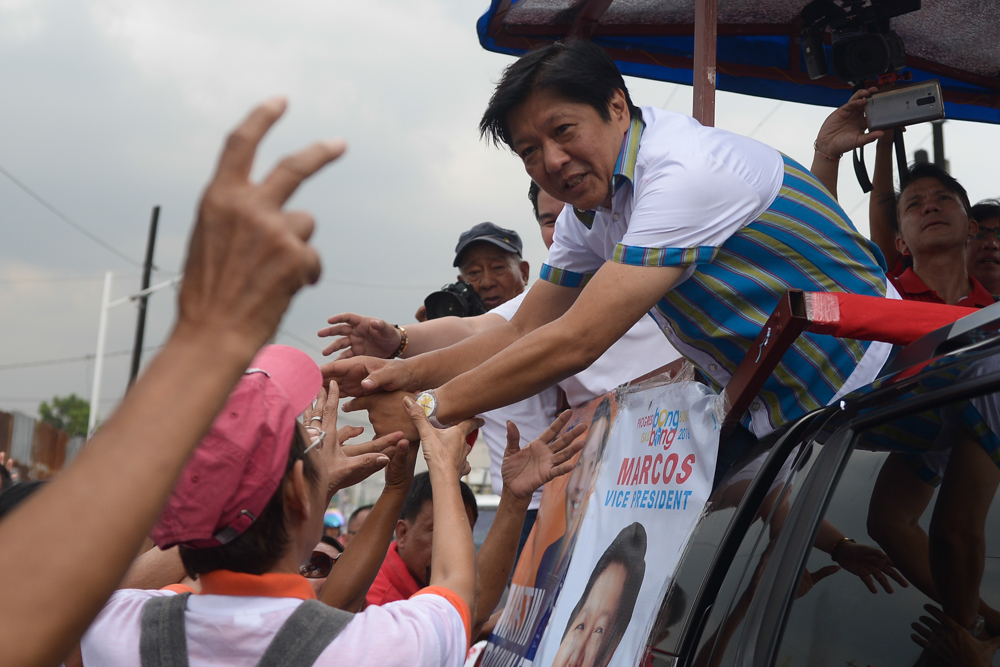 MANILA, Philippines – Environmental groups have come together to campaign against the vice presidential bid of Senator Ferdinand “Bongbong” Marcos Jr.

Together with Kalikasan People’s Environment Network (KPNE), 19 other green advocate groups said on Tuesday, April 19, they oppose his candidacy because of the projects that destroyed the environment during the regime of his father, the late dictator President Ferdinand Marcos.

“The revised Forestry Code of the Philippines, for instance, led to massive deforestation and commodification of our forest resources,” the coalition said in a statement.

“From 1965 to 1986, 7 million hectares of our forests were lost because of Marcos’ timber licensing agreements,” it added.

Among the “anti-environment” projects during the Martial Law the group cited were:

These projects, the group recalled, were strongly opposed by the communities in each locality during the time of implementation.

“Environmental heroes and martyrs like Kalinga chieftain Macliing Dulag, Calaca fisherfol leader Erning Castillank sacrificed their lives in the struggle against these destructive projects,” it said.

These “environmental crimes” are bound to happen again if Marcos Jr wins the vice presidency because their family “have refused to admit or show remorse over their sins and crimes in the past,” the group also stressed.

Marcos, for his part, highlighted his efforts in the Senate to push for a greener Philippines. In a statement also on Tuesday, he cited Senate Bill Number 2885 or the Climate Change Education Act, which he filed. It seeks to include climate change in the curricula of colleges and universities.

He also said that he proposed the Green Building Act to promote “eco-friendly and energy-efficient buildings.” He also filed measures to encourage bicycle transportation and ban plastic bags.

Meanwhile, the green groups also criticized Marcos and his family for their links to prominent entities with mining interests.

The Romualdezes, relatives of former First Lady Imelda Marcos, are one of the “biggest mining elites” in the country. Leyte Representative Martin Romualdez is gunning for a Senate seat in this elections.

The Presidential Commission on Good Governance found in 1986 that Romualdez’s father, the late Benjamin “Kokoy” Romualdez, had shares in Benguet Corporation. The mining firm is currently headed by Daniel Andrew Romualdez and Benjamin Philipp Romualdez as chairman and vice chairman, respectively.

They also pointed out that Jose Singson Jr was among the donors of Marcos during his 2010 senatorial bid. Singson is suspectedly linked to magnetite mining in Ilocos region.

Anti-Marcos campaigns have intensified since the family’s scion again refused to issue an apology for the crimes committed during his father’s administration during the vice presidential debate last April 10. These coincided with the senator taking the top spot in the vice presidential race in major pre-election surveys.

Protesters have also been more visible in his visits to Iloilo and Baguio with standard-bearer Miriam Defensor Santiago last week.

Last Friday, opposing activist groups from the University of the Philippines united to derail Marcos’ close victory in the elections. – Rappler.com