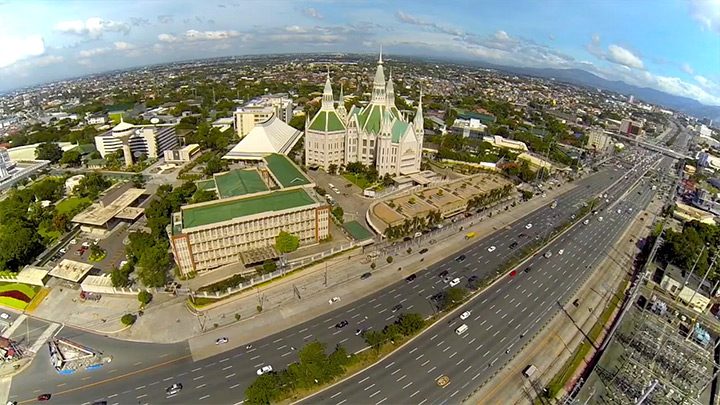 MANILA, Philippines (UPDATED) – With just a week to go before Filipinos prepare to elect his successor, President Benigno Aquino III met with Eduardo Manalo, leader of the influential Iglesia ni Cristo (INC), on Monday, May 2.

The INC, which has 1.37 million members, is known for its practice of bloc voting. The winning candidates, in turn, reportedly give INC members special treatment once in office. (READ: INC lobbies for key gov’t positions)

Aquino, who himself was endorsed by the INC during the 2010 elections, told reporters that he thanked Manalo for the religious group’s support.

The two met at the INC Central Office in Quezon City.

“First, nagpapasalamat muna ako dahil talaga namang nadama natin ang suporta throughout the administration, and even before I have been in office,” he said. “Tapos parang sharing also the vision sana of what [happens] after I step down from office, usual appeals and political appeals. As usual, maganda ang pagkatanggap sa atin ni Ka Eduardo.“

(First, I thanked him because I really felt the INC’s support throughout the administration, and even before I have been in office. I also shared the vision of what happens after I step down from office, usual appeals and political appeals. As usual, Ka Eduardo warmly received us.)

Aquino did not elaborate further on the “political appeals” that he made.

In a brief statement released later in the day, the President said he sought the meeting with Manalo.

“I asked for the meeting. I thanked him for the support he and his brethren have extended to us. I enumerated the gains under ‘Daang Matuwid.’ Lastly I expressed the hope that these gains will not only be continued but built upon in the future,” he said.

With the candidates in the homestretch of the campaign, the President reiterated his appeal for voters to elect leaders who would continue his administration’s reforms.

The INC is set to release its list of candidates close to election day. In February this year, according to The Standard Poll done by Laylo Research Strategies, Poe was the INC members’ most preferred presidential bet. – Rappler.com