MANILA, Philippines – After years of trying to course his ideas through various government offices and politicians, Mansueto Gallardo, 70, decided to try his luck and run for public office himself.

On Wednesday, October 17, he went to the Commission on Elections (Comelec) to be a nominee for the party list in the 2019 polls. He brought with him the certificate of nomination and acceptance (CONA) supposedly from his organization called Kalikasan, but he didn’t file in the end because he was alone in his organization.

Gallardo had proposed ideas to address the waste issues seen in areas like Manila Bay, Boracay, and the Pasig River. He had drafted a 10-page proposal as well as a detailed “sewage digester” plans to handle these. 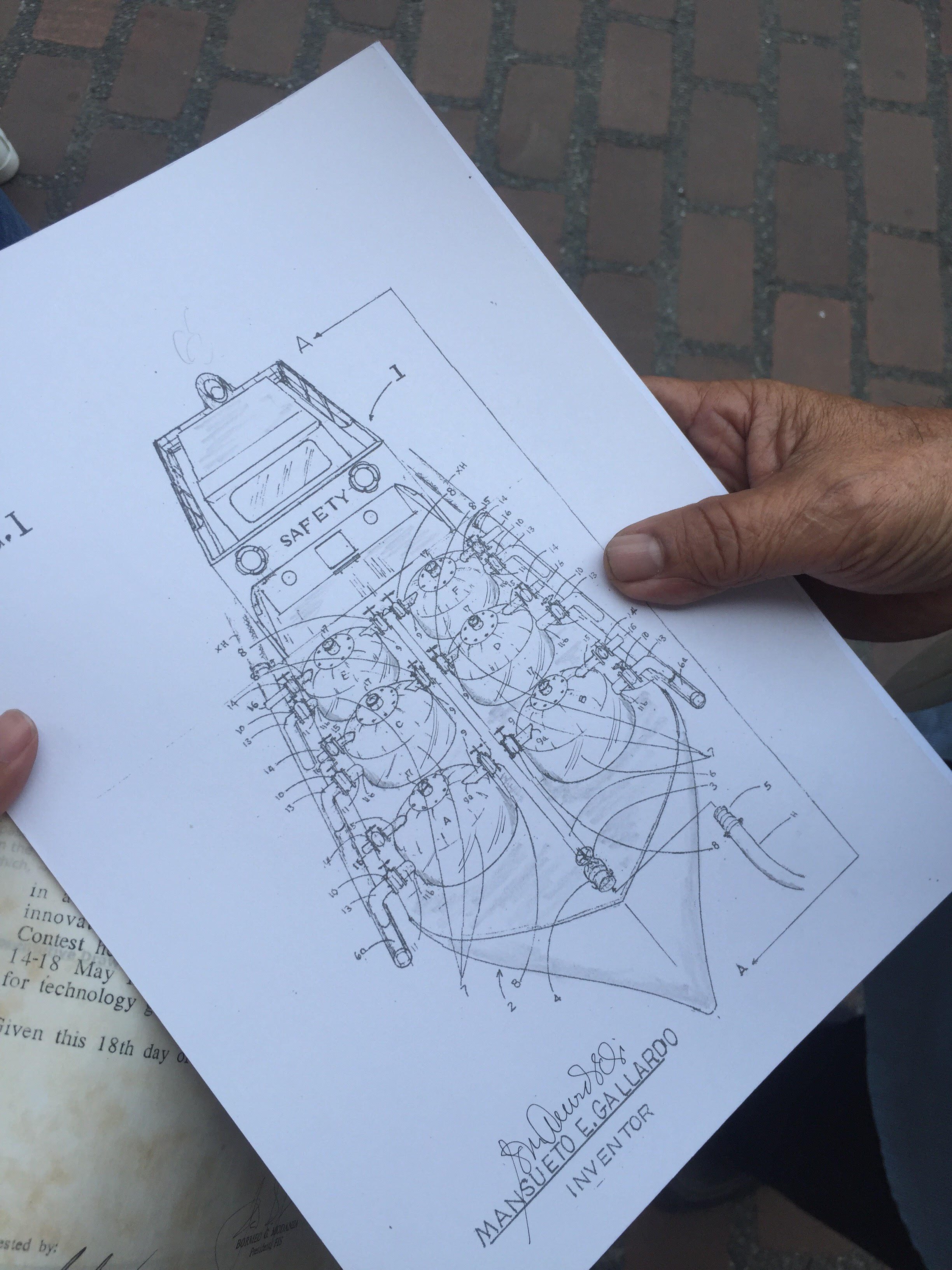 Gallardo said after working as a marine engineer since the 1960s, he wanted to focus on proposals that would take care of the environment, particularly waste out at sea.

(We see two kinds of environment: from afar things look nice, but up close, we see the reality that it’s ugly because it’s been polluted. If only we corrected this, it would be beautiful.)

Gallardo said he decided to file his CONA Wednesday morning after watching politicians give “unclear and general” proposals in the last few days.

(I hope that before I die, the solutions I think of will benefit the future generations. I don’t want my ideas to be swept under a carpet.)

He said he had yet to tell his wife and children about his last-minute decision, but he suspects they would be happy with the idea that he tried.

Another senior citizen, Porferio Camorongan, 80, decided to gun for a Senate seat to fix the country’s transportation woes.

Camorongan said his work as a technical assistant at a manufacturing company in Chile in the 1980s and travel to cities like San Francisco and Las Vegas left him in awe of public transportation in those countries. (I want to run for senate because, in Chile, I saw with my own two eyes that they had good transportation, and I want us to have that across our country.)

Camorongan said he looked up to former president Ramon Magsaysay because he felt the country improved in the two years he was leading the country until he died in a plane crash in 1957. He also admired President Rodrigo Duterte for moves to extend the validity of the driver’s license to 5 years and passports to 10 years.

He said he didn’t mind the challenge of winning a seat in the Senate because he had the support of his family.

(I didn’t finish my studies, but I was able to go to many countries and I gained knowledge. And by God’s grace, I’m still healthy.)

When the Comelec central office closed at 5 pm on Wednesday, 185 organizations had filed to participate in the 2019 party-list elections, while 152 individuals had filed their COCs for senator. – Rappler.com