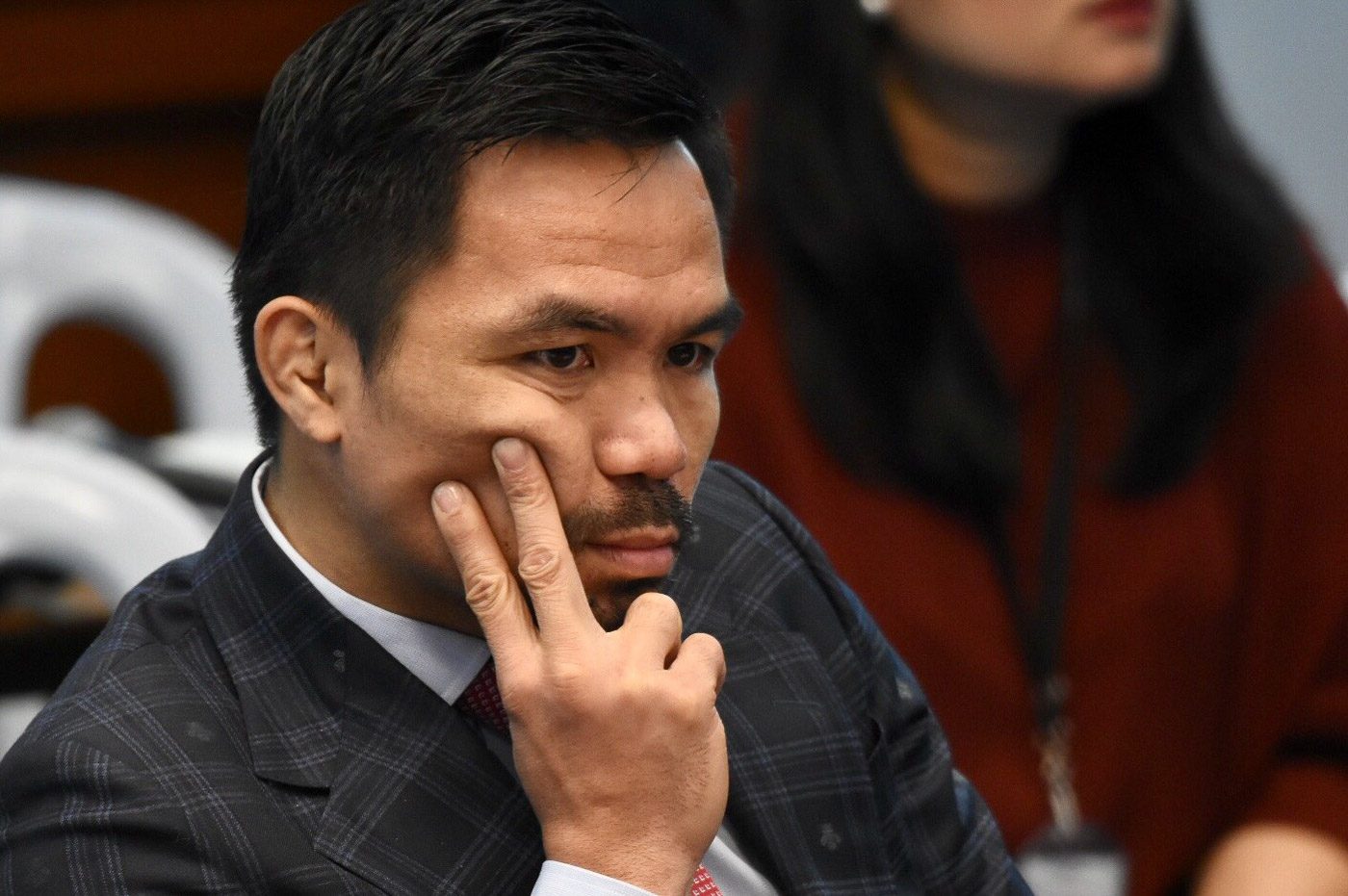 Pimentel said he is confident that the athlete-turned-senator would do a good job. A campaign manager is usually tasked to strategize for the slate, talk to local and national politicians, forge alliances with them, and make candidates win, among others.

“We asked him to be the national campaign manager because we believe in him. Of course, kayang-kaya niya iyan (he can do it),” Pimentel said.

Pacquiao, however, has limited experience in conducting national campaigns. His first national campaign was in 2016 when he ran for the Senate. Owing to his popularity, he did not have to make as many rounds as other contenders.

Before this, he conducted local campaigns in Sarangani when he ran for representative of the province’s lone district in 2010 and 2013. He won both elections.

On top of his new role, the boxing idol said there is a 90% chance he would face American Adrien Broner in Las Vegas on either January 12 or 19, a month before the start of the campaign period on February 12. There are also talks of a Pacquiao-Mayweather rematch next year but it has not been finalized.

Rappler tried to reach Pacquiao for comment but he has yet to respond as of posting.

PDP-Laban has 5 confirmed candidates in its slate so far, all of whom are party members:

Pimentel said the party has yet to decide on the Senate bets they will adopt to fill the remaining 7 slots. (READ: PDP-Laban struggles for unity, survival ahead of 2019 polls) – Rappler.com