DepEd to get P50-M school maintenance fund for elections 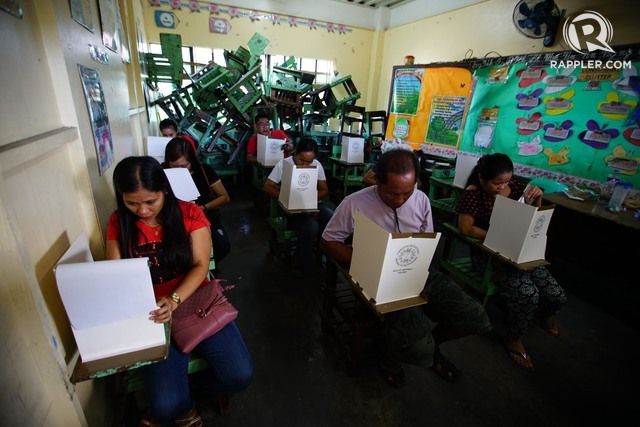 Sevilla said the P50 million was a new budget item given to the department after lawmakers deliberated on the proposed national budget.

“The P50-million election task force is a new budget item for the DepEd…. We need it to maintain the cleanliness, security, and protect all the facilities and properties of the schools,” Sevilla said in a press conference.

She said while this was a “very small” compared to the number of classrooms used for elections, DepEd had never received funding support for the upkeep of schools during elections.

The DepEd is actively involved in the conduct of elections as teachers serve as board of election inspectors while classrooms are used as polling precincts.

Education Secretary Leonor Briones said she was “confident” teachers would be paid for their service during the elections. She was responding to concerns earlier raised by the Commission on Elections  (Comelec) about the possibiity of government operating on a reenacted budget until election time.

(I’m very confident the bicameral conference budget for that will be approved. Elections are provided under the Constitution, it is part of our democratic system. It is needed, there is no debate about that.)

The payment or honoraria for teachers for elections is allocated to the Comelec’s budget.

Congress passed  the P3.757-trillion budget for 2019 on February 8. Budget Secretary Benjamin Diokno earlier said President Rodrigo Duterte will sign the budget bill within the first quarter of the year, or 30 days upon receipt of the enrolled copy of the bill.  – Rappler.com