May 13, 2019 5:54 AM PHT
Carmela Fonbuena
Facebook Twitter Copy URL
Copied
'This could be a watershed moment in Philippine politics and governance, the final step of consolidation by the Duterte family of its dominance over the political elite,' says political analyst Antonio La Viña 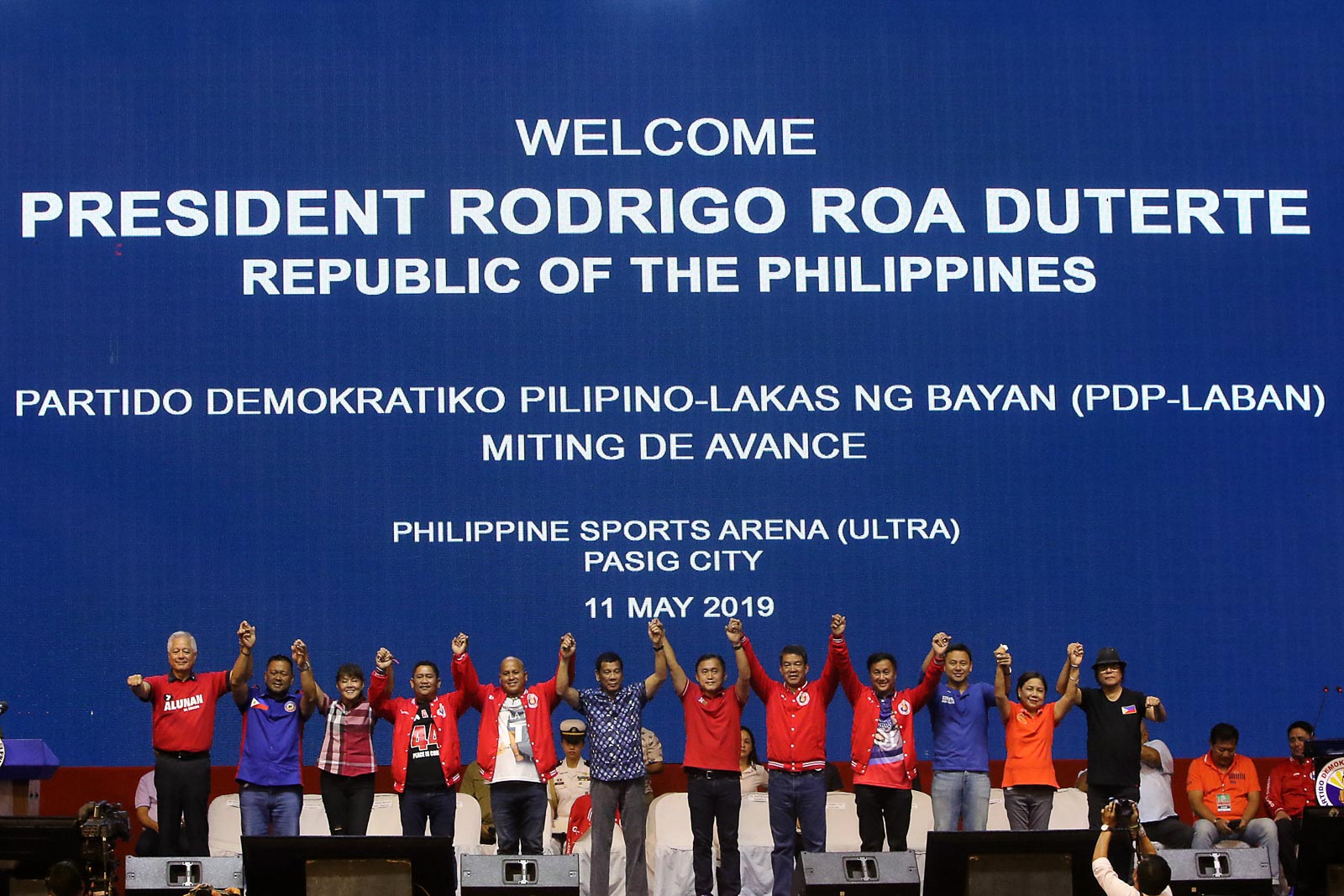 MANILA, Philippines – Over 61 million Filipino voters troop to the polls beginning 6 am on Monday, May 13, to fill up 18,000 national and local positions.

In many areas, voters do not really have a choice. There are at least 548 unopposed candidates who only need one vote to win positions such as governor, district representative, mayor, and vice mayor.

Many candidates also come from entrenched political dynasties that have ruled their respective areas for decades. They have infiltrated even the party list, defeating its original purpose of boosting the representation of marginalized sectors in Congress. (READ: Nearly half of 2019 party-list groups don’t represent marginalized sector)

Most ruling political families have joined or coalesced with the ruling party of President Rodrigo Duterte. Turncoatism is a longstanding practice among the Philippine political elite. (READ: Midterm exodus: When political butterflies switch party alliances)

“This could be a watershed moment in Philippine politics and governance, the final step of consolidation by the Duterte family of its dominance over the political elite,” said former Ateneo School of Government Dean Antonio La Viña.

Duterte has remained popular despite – and probably because of – the controversial policies he launched in the past 3 years, including his brutal campaign against illegal drugs that’s been denounced globally.

The midterm elections are held at the peak of his popularity, a record high of 79% satisfaction ratings, based on a Social Weather Stations survey conducted in April.

Former President Benigno Aquino III enjoyed almost the same level of popularity during the 2013 midterm elections, but history professor Leloy Claudio said there is a different “quality” to the popularity of Duterte, citing how voters continue to wear their ballers from the 2016 race.

Episodes of inflation surges, economic growth slowdown, and allegations that his family and allies are linked to the illegal drug trade have made no significant dent on Duterte’s ratings.

The first president from Mindanao, Duterte continues to receive solid support from his home region. In January, the region saw Duterte fulfilling his campaign promise to establish a new autonomous region in the Bangsamoro region.

Mindanao is highly engaged in the midterm elections, according to Pulse Asia research director Ana Tabunda.

“There is lower percentage of voters in Balance Luzon who are truly interested in the 2019 elections,” Tabunda said. “Mindanao is hot,” she added.

In the senatorial race, Duterte’s popularity has buoyed the chances of his handpicked candidates, 8 of whom are in the Magic 12, based on the latest Pulse Asia survey.

A friendlier Senate, along with a traditionally rubber stamp House of Representatives, could also silence opposition to Duterte’s controversial policies such as his administration’s drug war, pivot towards China despite the country’s maritime conflict with the military superpower, and attacks against the traditionally free Philippine media.

After the elections, La Viña said Duterte might not be facing any political opposition from the traditional political forces.

“It’s like martial law all over again,” said La Viña. He said only the people can stop Duterte after elections.

Imee Marcos placed 9th in the latest Pulse Asia survey, with 34.1% of respondents saying they will vote for her. She has been faring better in polls than a scion of her family’s political rival, reelectionist Senator Bam Aquino, who ranked 14th in the same survey.

Duterte, whose mother was once a pillar of the anti-dictatorship movement, is a staunch supporter of the Marcos family. He championed the November 2016 hero’s burial of the late president notorious for human rights violations under his Martial Law regime.

Duterte’s popularity has also helped his previously unknown closest allies from Davao City. Among the senatorial survey frontrunners are his former aide, Christopher “Bong” Go, and one of the architects of the drug war, former national police chief Ronald “Bato” Dela Rosa.

The President’s candidates also enjoyed access to government resources, especially Go who capitalized on the “Malasakit Centers” program of the government.

If elected, these neophyte senatorial candidates will change the dynamics of the future Senate, along with a number of reelectionist and returning senators who have coalesced with the administration. It is poised to be more cooperative with Duterte’s legislative agenda.

How about the opposition?

The opposition slate Otso Diretso is hoping to win at least two seats in the Senate.

Campus mock polls show they are preferred by university students around the country. But their choices do not reflect the results of national surveys which show the opposition’s best performing candidates, Aquino and former Senator Manuel Roxas II, outside the Magic 12 but within close distance.

What bears watching after the polls is how much support Duterte is going to get for his bid to change the centralized form of government into a federal state. Presidential daughter Sara Duterte has said she opposed federalism, throwing a monkey wrench into the administration’s charter change campaign.

There is growing support for federalism around the country through the years, but there are nagging concerns that initiating the process to amend the 1987 Constitution will open up the country to radical policy changes, including changes to foreign ownership of land and businesses.

The result of the elections will also set the political tone as the country is poised to shift its attention to the 2022 presidential race.

In the past, presidential wannabes have used the midterm elections to launch or test their chances. It’s not been the case this year.

Sara Duterte’s name has been floated and despite her denials, she formed her own senatorial lineup separate from her father’s. Her opinions had been an important consideration for many politicians and observers, too. – Rappler.com