MANILA, Philippines – They were called “milking cows” of terrorists, tagged by the Philippine military as communist fronts, and slammed by presidential daughter Davao City Mayor Sara Duterte during the election season. But all this failed to stop leftist groups from winning in the 2019 party-list race.

Official results from the Commission on Elections (Comelec) showed that out of 5 members of the leftist Makabayan bloc in the House of Representatives, 4 are returning to Congress: Bayan Muna, Gabriela, ACT Teachers, and Kabataan.

Its other member, Anakpawis, failed to gain enough votes to get a seat.

This victory is no easy feat.

The justice department declared over 600 people as “terrorists,” including former Bayan Muna representative Satur Ocampo. The Philippine military accused them of being part of a plot to oust President Rodrigo Duterte.

Even before the campaign season began, police were reported to have compiled a list of teachers who where members of ACT Teachers by searching schools and ordering the Department of Education to identify them. (READ: Teachers to PNP, DepEd: We’re not terrorists) 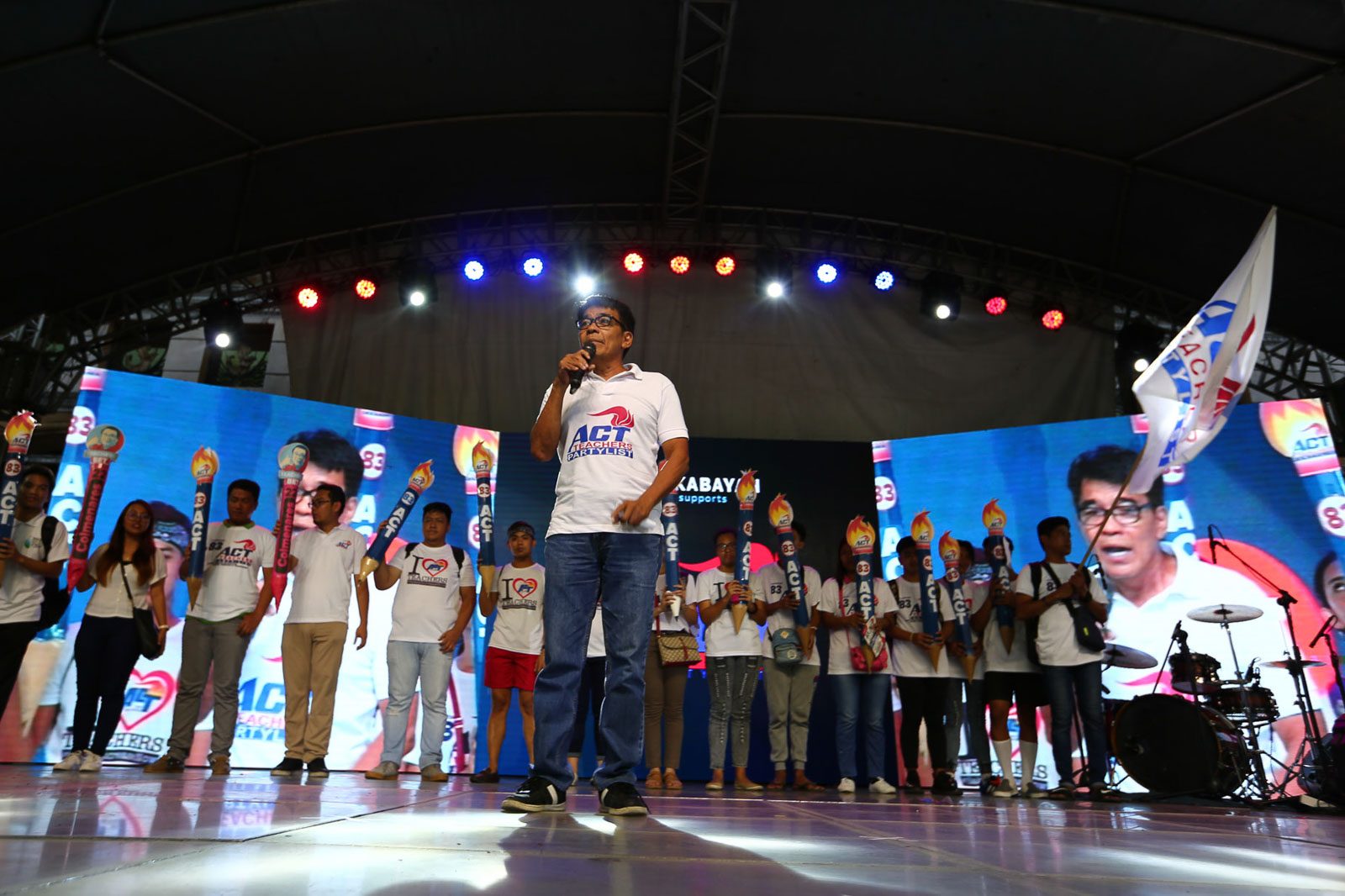 Meanwhile, the National Youth Commission – under its former chair Ronald Cardema – launched attacks against Kabataan, which clinched the last spot among party-list winners. The NYC had tagged its current representative and first nominee Sarah Elago as a supposed “ally” of the New People’s Army.

The government went as far as arresting officials of the groups – such as Bayan Muna’s Ocampo and ACT Teachers Representative France Castro – who were on a humanitarian mission to help rescue Lumad students and teachers. Police filed human trafficking and kidnapping charges against them.

These operations continued until the eve of elections. The Makabayan bloc had to contend with fake news circulated against it, which peddled the lie that Comelec had disqualified its members from the elections. The win of the 4 groups assures an opposition voice in the Duterte-dominated House.

Members of the Makabayan bloc frequently spoke out against administration policies such as the killings in the war against illegal drugs, the reimposition of the death penalty, the TRAIN law, and the imposition and extension of martial law in Mindanao.

In Pulse Asia’s party-list surveys from March to May 2019, Bayan Muna, Gabriela, and ACT Teachers (except in May) had a statistical chance of winning at least one seat in the House if elections were held during the survey period. In a thought piece on PhilStar.com, Ocampo said results showed that while the Duterte administration’s tactics had done some harm, “it is far from succeeding.”

In particular, Bayan Muna had topped Pulse Asia’s March 2019 party-list, garnering 8.5% of voters’ preference to place it ahead of the pack of 134 party-list groups that vied for seats in the House of Representatives.