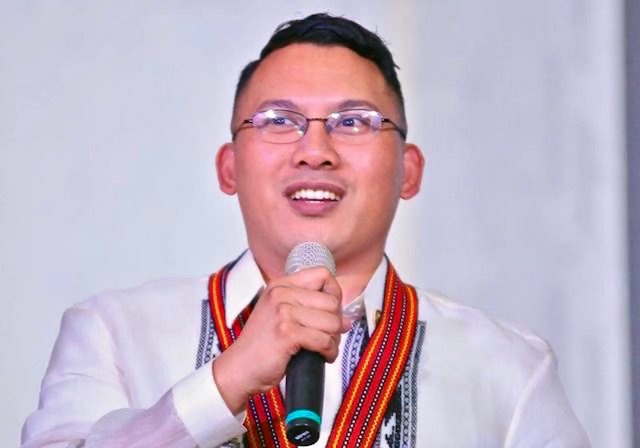 Facebook Twitter Copy URL
Copied
Ronald Cardema should not have led a National Youth Commission meeting after formalizing his bid to become a Duterte Youth party nominee, says the Palace

MANILA, Philippines – Malacañang is taking seriously a report that former National Youth Commission (NYC) chairperson Ronald Cardema presided over an NYC meeting even after he had formalized his bid to become a Duterte Youth party nominee.

This could be a violation since Cardema would have been deemed resigned from his NYC post upon his filing a petition for substitution, said Presidential Spokesperson Salvador Panelo.

“If he is already resigned, how can he be presiding over a meeting?” said Panelo on Tuesday, May 21, during a Palace news briefing.

The Palace has referred the matter to Justice Secretary Menardo Guevarra. It will be the Department of Justice (DOJ) who will determine what violation Cardema may have committed, said Panelo.

The spokesman got wind of Cardema’s alleged actions through a text message from an unknown number – or a number of a person not listed in Panelo’s smartphone directory.

The message claimed Cardema presided over a meeting on Wednesday, May 15, 3 days after he filed a petition for substitution on Sunday, May 12.

Cardema has yet to respond to Rappler’s query on the supposed meeting.

The DOJ investigation will also look into whether Cardema used his position as NYC chairperson to promote Duterte Youth in the lead-up to the 2019 elections.

“That will be included,” said Panelo.

Even Cardema’s bid to become the party’s new nominee is being assailed for possible violations of the Party-List Act. (READ: Duterte Youth’s Cardema already proclaims himself congressman on Facebook) – Rappler.com