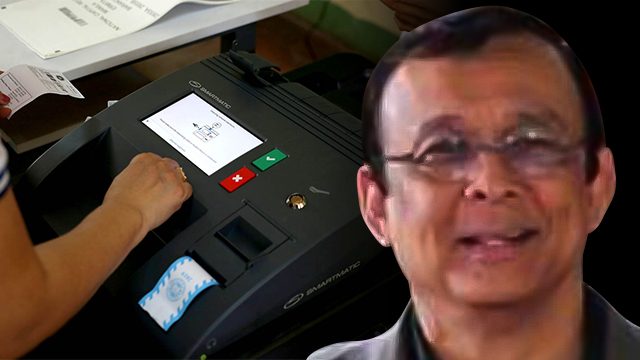 NEGROS OCCIDENTAL, Philippines – Defeated Moises Padilla Mayor Magdaleno Peña was slapped with a P1.2-million countercharge on his election protest against the winning mayoral candidate, his niece, Vice Mayor Ella Garcia Yulo, who survived an ambush 3 weeks before the May 13 elections.

Peña questioned the election result, as he claimed it was “manufactured, padded, fraudulent, altered, distorted and illegal vote totals which are not reflective of the true results of voting and counting in the protested precincts.”

He is seeking a recount of votes from the town’s 40 clustered precincts in the 17 voting centers.

Yulo, in her reply filed before the La Carlota City Regional Trial Court on Tuesday, May 28, asked the court to dismiss Peña’s petition for failing “to specifically detail the alleged acts or omissions complained of showing the electoral frauds, anomalies or irregularities in the protested precincts” and “for utter lack of merit and basis.”

This election victory was bittersweet for Yulo because she lost her brother and nephew, a reelectionist councilor, when her campaign convoy was ambushed in the outskirts of the town on April 25. She believed that she was the target of the attack.

Yulo accused Peña of masterminding the ambush, which was vehemently denied by the mayor.

In the wake of the election-related violence, Moises Padilla was placed under the control of the Commission on Elections until June 12. – Rappler.com