May 30, 2015 8:00 AM PHT
Paterno Esmaquel II
Facebook Twitter Copy URL
Copied
(UPDATED) Saying it is more than a legal question, Comelec Chairman Andres Bautista points out, 'There's a loophole in the law' 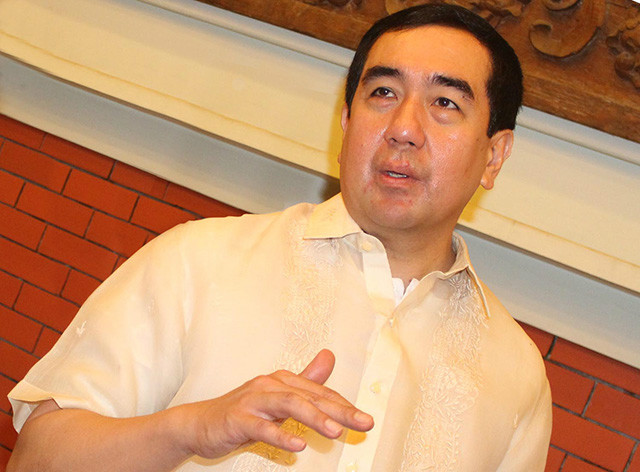 MANILA, Philippines (UPDATED) – “The letter of the law, they’re not violating. But how about the spirit of the law?”

Bautista said it is more than a legal question.

He pointed out that under Philippine laws, a person becomes a candidate once he or she has filed a certificate of candidacy.

“Only a candidate can be guilty of premature campaigning. So there’s a loophole in the law,” Bautista said in Filipino.

Bautista’s comments come as presumed candidates in the 2016 elections begin to air television ads. Their ads don’t blatantly announce their candidacies, but trumpet their achievements and portray them as excellent leaders.

When asked about Bautista’s statement, Deputy Presidential Spokesperson Abigail Valte said she hopes Cabinet officials who appear in “infomercials” would not be misconstrued as involved in early campaigning.

Valte said in an interview on state-run Radyo ng Bayan on Saturday, May 30, that Cabinet officials like Energy Secretary Jericho Petilla and Health Secretary Janette Garin, for example, have some public service announcements shown on TV that are directly related to the mandate of their respective agencies.

“We hope it will not be taken any differently other than the fact that it really is necessary for a public service announcement. Although I know that our Cabinet secretaries are aware of what may be said about [their actions], they’re also very calculated in their movement,” she said.

Petilla has been seen appearing in paid television advertisements, giving energy saving tips to the public. When he first announced his resignation plan on April 28, he said was considering running for either senator or congressman next year. (READ: Petilla to quit DOE, run for Senate or House)

The DOE chief had earlier tendered his “irrevocable” resignation to President Benigno Aquino III but had been prevailed upon to stay, for the meantime, until his replacement is chosen. – Rappler.com